Springbok World Cup-winner James Small has died at the age of 50. The former winger suffered a he...

Springbok World Cup-winner James Small has died at the age of 50.

The former winger suffered a heart attack, and was rushed to hospital in Johannesburg where he passed away.

Small won 47 caps for South Africa, helping them win the World Cup on home soil in 1995.

SA Rugby President Mark Alexander paid tribute to Small today, "James, as a member of the triumphant Rugby World Cup squad from 1995, will always have a special place in the hearts and minds of the South African public and we were devastated to hear of his passing.

"He always played with the type of passion and courage that encapsulate what Springbok rugby stands for, and he lived his life in the same way.

"At 50 years old, James Small died too young. Our thoughts and condolences are with his family and friends during this very sad time."

Small is the third member of that 1995 World Cup-winning side to have died. Joost van der Westhuizen died after a battle with motor neuron disease in February of 2017. Flanker Ruben Kruger passed away in January of 2010 after a long fight against brain cancer. 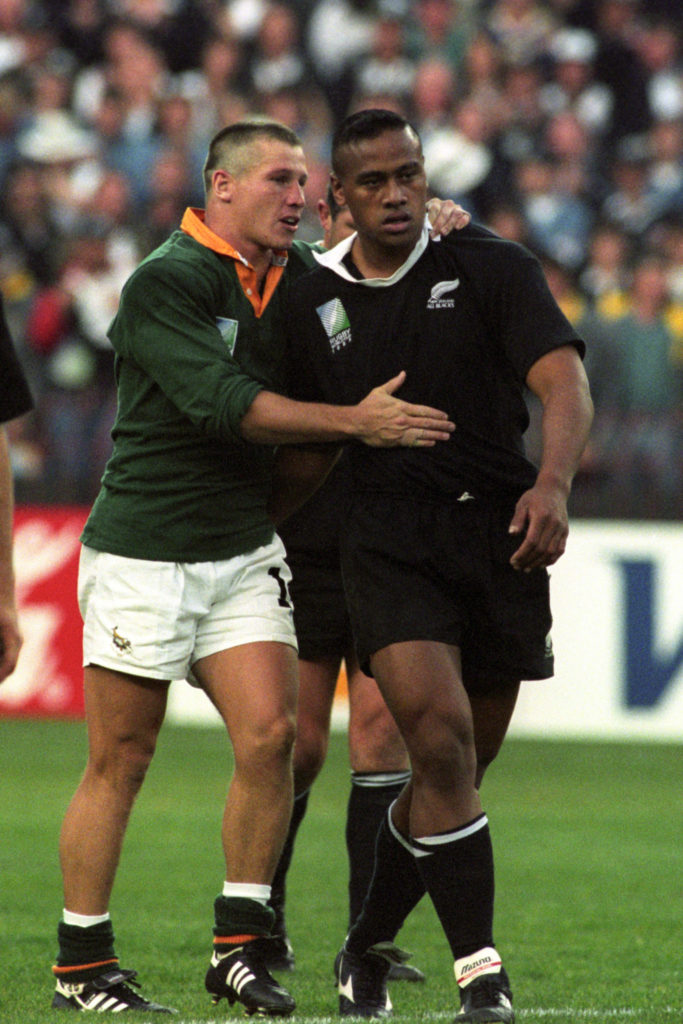 Having made his international debut against the All Blacks in 1992, Small would go on to play 47 tests until 1997. The last of his 20 Test tries which came in his final game against Scotland set, at the time, a new Springbok scoring record.

Small would play in Currie Cup finals for each of the Golden Lions (then Transvaal), Sharks (then Natal) and Western Province.

His playing career was not without controversy. Small became the first ever Springbok to be sent off when showing dissent to referee Ed Morison in a 1993 Test with Australia.

Meanwhile, fellow World Cup-winner Chester Williams accused Small of racial abuse while the pair were teammates. In his 2002 autobiography, Chester, Williams claims Small once yelled at him in a match, "You fucking kaffir, why do you want to play our game? You know you can't play it." A Guardian interview with Williams suggested he would not be alone in such claims.

Small had worked as a coach before his death, assisting Robert du Preez at NWU-Pukke and the Leopards. Most recently he'd been assistant coach at the Pirates in Johannesburg.