Dessie Farrell's Dublin's side will begin their bid for six All-Ireland titles in-a-row when they take on Westmeath in the quarter-finals of the Leinster Championship on Saturday night and while McGuinness feels there are teams who can beat the defending champions this season, he feels too many sides are trying to play the same brand of football.

"With a team like Dublin who has done it and won five in-a-r0w, I think it might take something slightly different to knock them off their perch," ex Celtic coach McGuinness told Joe Molloy on Tuesday evening's Off The Ball.

"But I do believe there are teams out there who have the potential to do that. It's going to be a competitive Championship and you have a number of teams that have a chance.

"We were successful as a group having done it a certain way, and everybody then in terms of 'group-think' decided that it was the way to do it but it was never really implemented in the way we implemented it.

"A lot of teams who tried to copy that model are getting back into a defensive shape but not with the same defensive intensity," McGuinness added. "When they get turnovers they're going laterally rather than direct so it's a bad imitation of what we were trying to do.

"And after that (loss in 2014) they moved toward man to man to a certain extent with Cian O'Sullivan dropping off to sweep for them, so that ensured they weren't going to concede goals down the middle. I think a lot of teams have now looked at that template and decided that's the way they want to do it.

"When you're on top you're not thinking about what teams are doing that are trying to catch you, you're thinking about what to do to win right now and it's worked brilliantly for Dublin. Maybe Dessie will come in now and tweak things a bit and keep winning we'll be having a different conversation in two years time but for the moment everyone is playing the same way." 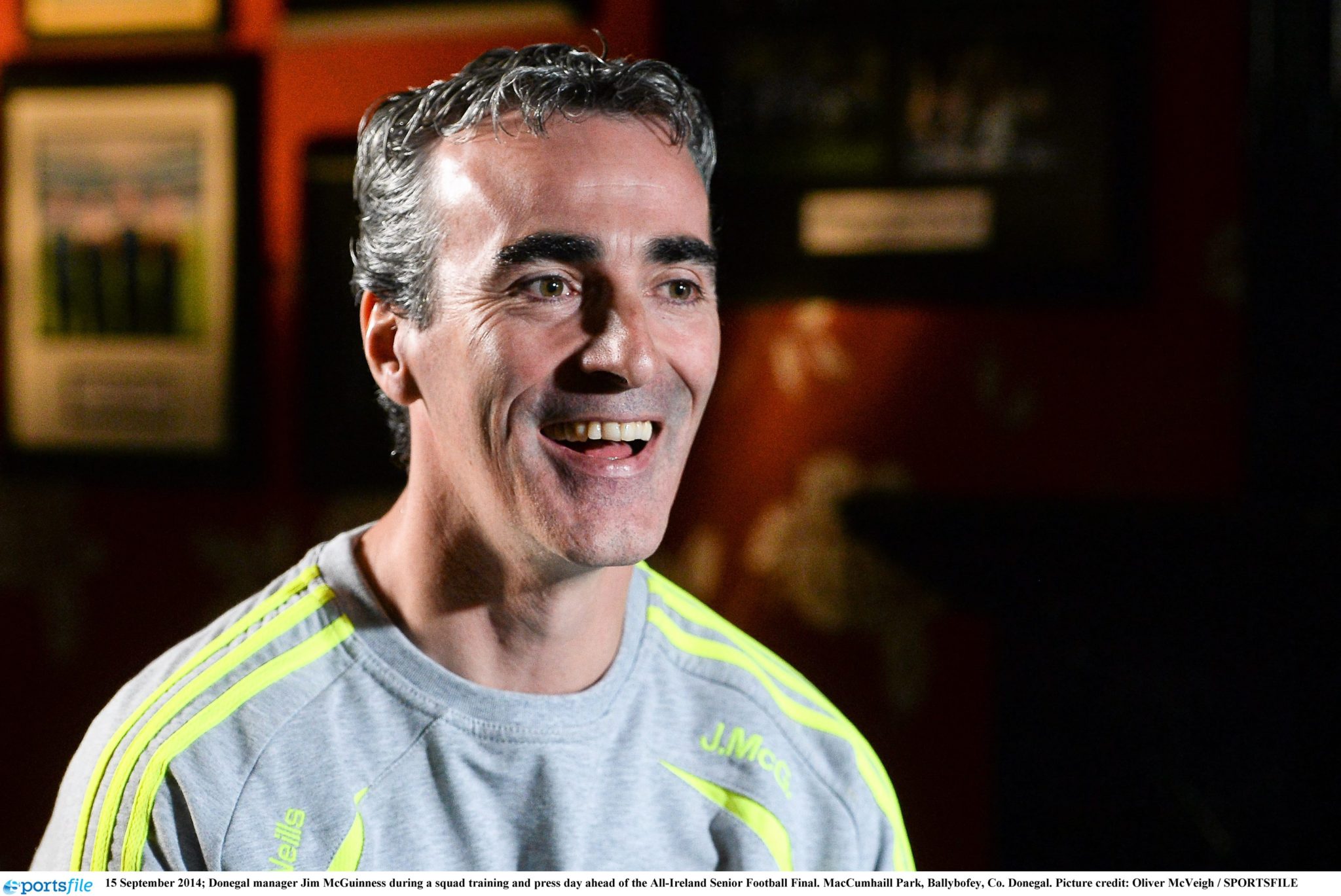 Play Your Own Way

McGuinness is analysing the Championship for Sky Sports this winter and he says there's a clear pattern of tactical approach across most counties currently.

"I find it interesting that almost every team in the country is playing the same system. To my mind, it would obviously mean that the squad with the best players will ultimately win the Championship.

"What I would call it is a man to man plus one, the whole thing has moved to man to man football but you're looking to have a guy at the top of the 'd' to stop opposition teams from transitioning down the middle.

"Because it's man to man, everybody is picking up somebody and so the man on the ball doesn't have many options, you could see that in all the Championship games at the weekend.

"Trying to progress the ball up the field is difficult, when I was with Donegal we were back as a block for a lot of the time with 12 or 13 players behind the ball. whenever we turned the ball over you not only had you won back the ball but you also had the chance to engage your own teammates to run the ball very aggressively.

"That has almost disappeared from the game almost completely because when people get the ball now they don't have those options. And there's not a lot of pressure on the ball now and everyone seems to be 'shadow tackling', there's nobody getting really pressure.

"Players getting back now is not a consequence of a manager telling them to get back," McGuinness feels. "It's a consequence of how many players you tell to push on offensively as everybody is being marked man to man.

"You have this dynamic where people are struggling to move the ball up the field quickly and struggling to find players. A lot of the support play is from behind the ball, going back four of five years, it would have been ahead of the ball, so the game ends up being much more conservative, teams are looking to keep the ball and keep the ball, draw a team out and then inject pace on the blindside, which Dublin are brilliant at.

"But if you don't have pace to inject then you have difficulty there, almost everybody is playing the same game. Kick-outs are huge now, the teams who can push up zonally, because in man to man you are being dragged around at the behest of the opposition.

"The teams who are absolutely going man to man on opposition kick-outs, they're exploding from the 'd' and the number 6 position out to the wings and the goalkeeper just chips the ball out because you've got the run on your man.

"So the teams who are doing a good job zonally, pushing maybe four players into the full-forward line and forcing the long kick-out, they're the teams who are getting 50/50 possessions around the middle of the park.

"Teams with really good goalkeepers are up around 90 percent retention on their own kick-outs and the significant thing about that is that once you get the ball in your hand now, it's very difficult to get the ball off teams. Teams are turning the other team over any more, it's more when a team decided to up the pace of send a ball long that it might pop out but it's not coming from intensity or tackles and pressure. That's a huge part of the game that has diminished because of the way everyone is playing man to man."