The seven-day Galway Races take place next week and racecourse manager Michael Moloney says the cost of not having fans in attendance at Ballybrit is likely to be in excess of one-million Euro.

A decision was taken in April to stage the races behind closed doors due to the ongoing COVID-19 pandemic and Moloney joined Ger Gilroy and Johnny Ward on Off The Ball to look ahead to next week's action.

"As you can imagine it's a huge blow to the financials of the racecourse," the Galway racecourse chief told tonight's Friday Night Racing of the cost of not having spectators at the festival.

"All racecourses in Ireland are struggling and really everybody is struggling a little bit right now to get back on their feet.

"The race committee here, we've been racing for 150 years, so they were very supportive of the fact that we needed to race this year and the need to support the industry.

"We've had people bringing their horses here for many years, and supporting us year in and year out with the good quality horses which they bring to the festival.

"But from a financial point of view it's a huge blow. You think of the corporate hospitality, we'd (normally) be feeding 1,500 guests and would over 140,000 people coming in through ticket sales right throughout the week." 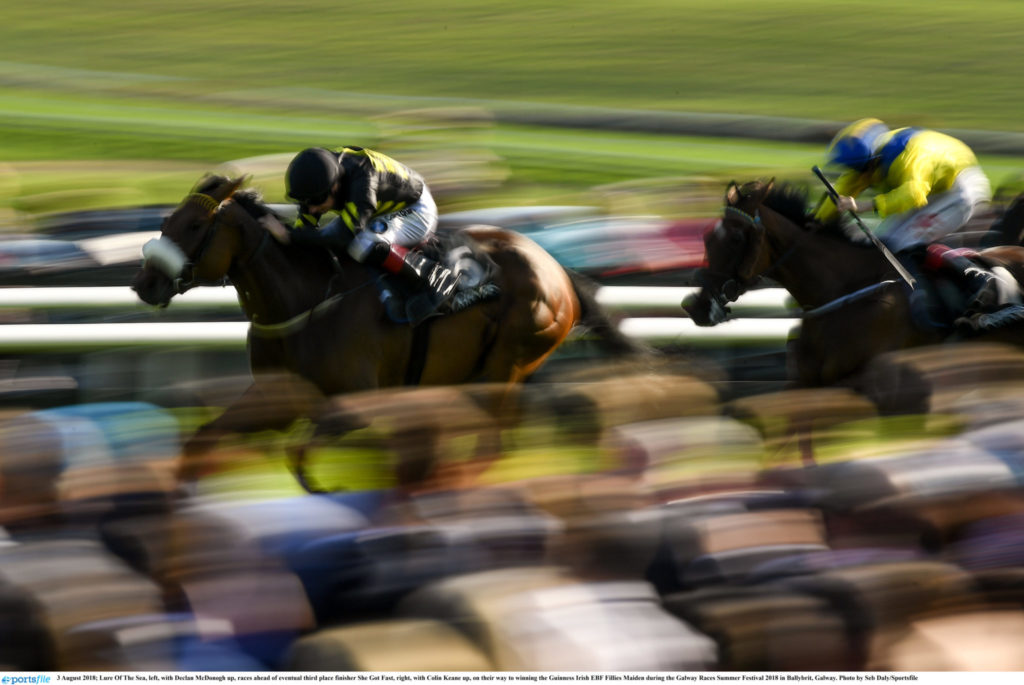 "It's not the kind of loss that we'll able to sustain in the long run, while everyone is struggling in the industry, racecourses are certainly struggling right now.

"The bigger ones which have festival meetings especially, while people can get through maybe one festival behind closed doors, looking forward to next year it wouldn't be good if we can't have the public attend.

"Champions Weekend is obviously behind closed doors as well as Listowel, it's a worrying scenario and we're looking at a seven-figure loss this year which is not sustainable for any business."

Moloney added that if Irish racing remains behind closed doors in 2021, tracks across the country are going to come under pressure to stay alive:

"Even if we have restricted crowds at the Galway Festival next year, it isn't going to get us over the line. I completely appreciate where we are and the issues around the virus and we need to protect people and we've complied with all the public health guidelines.

"But it's a stark reality for us facing into another year of significant losses. Racecourses aren't going to be able to sustain that and we won't be here to provide racing next year unless something changes."