Teams chasing Premier Division leaders Shamrock Rovers will be concerned to hear Aaron McEneff declare that the Hoops have yet to play their best football.

The midfielder has played the full 90 minutes in all three of their games since the SSE Airtricity League season got back underway three weeks ago, the most recent away to St Patrick's Athletic where they dropped their first points of the season.

Rovers laid siege at Richmond Park after Saints defender Shane Griffin was sent off in the 48th minute but were shut out by tenacious defending as well as good some goalkeeping from Brendan Clarke. However McEneff feels that they showed signs of a team getting back to its best.

"It was always going to be a case of, coming back from such a long period off and trying to get results in your first few games because the flow of your play might not be where you want it to be after having that period off," McEneff told OTB Sports.

"We've played three competitive games now, the first three since March. I feel that the first half against St Pats the other day was probably the first time that I felt like we were at it and we were really hitting our levels.

"I thought that we were playing excellent football from the back and we were creating chances but obviously the sending off changed the game and the ball just wouldn't go in the net for us. I think it was always going to be a case of that were you might not hit your levels for a few games but I think we're definitely going in the right direction."

This Friday night Rovers welcome Shelbourne to Tallaght Stadium for a league match for the first time since 2013.

The newly promoted club have taken an impressive 10 points from a possible 24 and three of their four league defeats this term were by a margin of one goal which is enough to show McEneff that Shels will be tough nut to crack. 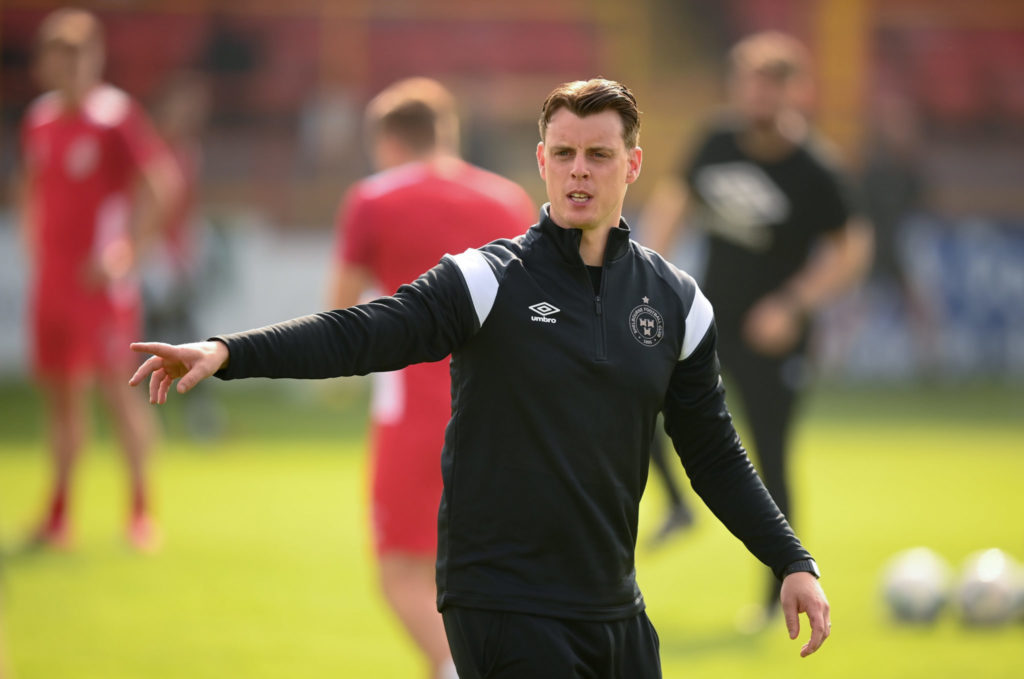 "It doesn't suprise me. They've brought in good, experienced players. Their manager is a young manager. He's played in the league so he knows they league, I've actually played against him," said McEneff.

"They've got players like Gary Deegan, Karl Sheppard, [Ciaran] Kilduff. Good, experienced players that have that know-how about the league and that's why it doesn't suprise me, that they haven't been getting beat by big scorelines.

"It's very hard to get that experience and have that know-how and it's something that they have but we'll be going into Friday's game with confidence, looking to go and get three points."

Bohemians are the team breathing down the neck of the leaders, in second place, and four points off the top while champions Dundalk have dropped back to third place and eight points behind Rovers, so is it a three-horse race for the title?

"I don't know to be honest, you can't really be saying stuff like that," said McEneff. "There's a lot of football to be played, ten games. It's a lot of time for us to pick up points, for other teams to pick up points so we'll just see down the line. We'll know that towards the end of the season."

A load of the Hoops: McEneff proud to join Rovers international set