Dublin selector Greg Kennedy could be hit with a lengthy suspension for the controversial interce...

Dublin selector Greg Kennedy could be hit with a lengthy suspension for the controversial intercept in Saturday’s Leinster Senior Hurling Championship match with Kilkenny at Nowlan Park.

The GAA's Central Competitions Control Committee are said to be considering a charge after Kennedy caught TJ Reid's short free.

The Dublin team runner appeared to spot Billy Ryan standing unmarked and in a dangerous position. He moved towards the Kilkenny forward and cut out the pass.

Referee Cathal McAllister spoke to the former Galway defender before ordering a retake. Kennedy was allowed to continue with his duties as 'Maor Foirne’ for the rest of the match. 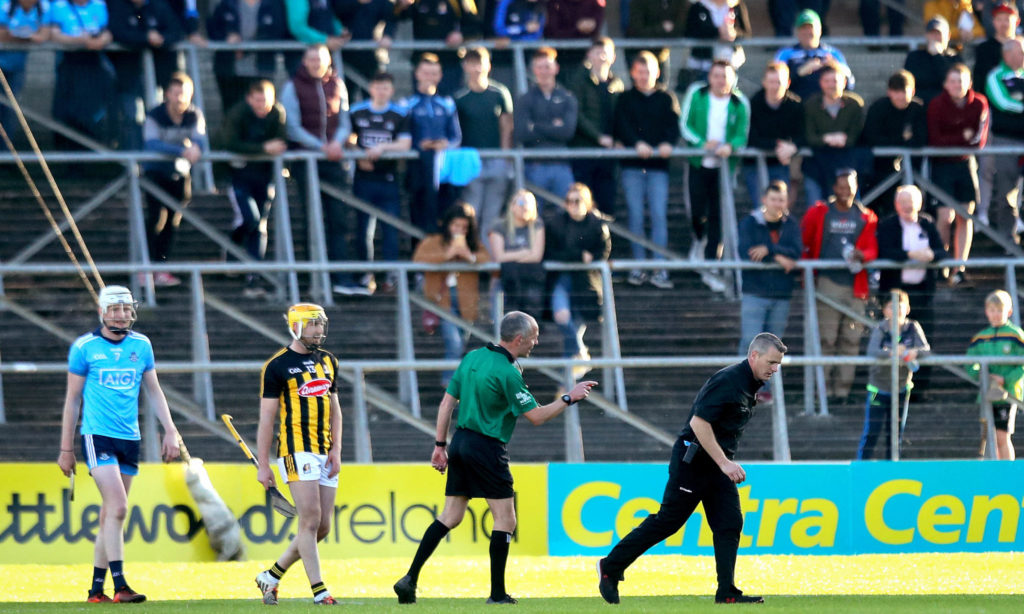 The incident is now being investigated.

The CCCC are thought to be looking at a charge of disruptive conduct. The penalty for such an offence could be lengthy as it is “at the discretion of the council or committee-in-charge”.

Dublin manager Mattie Kenny has played down the episode.

“Greg is a real top-class sports guy. He's very competitive but one thing about him, he wouldn't do anything like that deliberately and he assured me it was just a reaction when the ball came over his head.”

Cats boss Brian Cody remonstrated with the Dublin selectors after the incident which he later described as “bizarre.”

“TJ could have tapped it over the bar obviously, but he was thinking ‘goal opportunity’ because it was a goal opportunity and that happened, so I wasn’t happy about it, no I wasn’t.”

Dublin were leading by five points at the time of the controversy, but the home side rallied to record a 2-23 to 1-21 victory.