Ex-Ireland midfielder David Meyler has showered praise on David McGoldrick after his goal earned a 1-1 draw against Switzerland.

His first goal for Ireland came at the right time as it salvaged a result from the crucial Euro 2020 qualifier.

Meyler was on Off The Ball co-commentary duty at the Aviva Stadium tonight and also shared his reaction to McGoldrick's goal at full-time.

"It was incredible. First, give great respect and James McClean great credit," he said.

"Because he worked very hard to come back and win the ball. The cross took the deflection and it looped up for McGoldrick went and attacked it.

"I'm thrilled for him, I'm delighted for him that he gets his first international goal in such an important game.

"The defenders got stuck in the mud and McGoldrick has the run on him which inevitably leaves him to go and attack it. 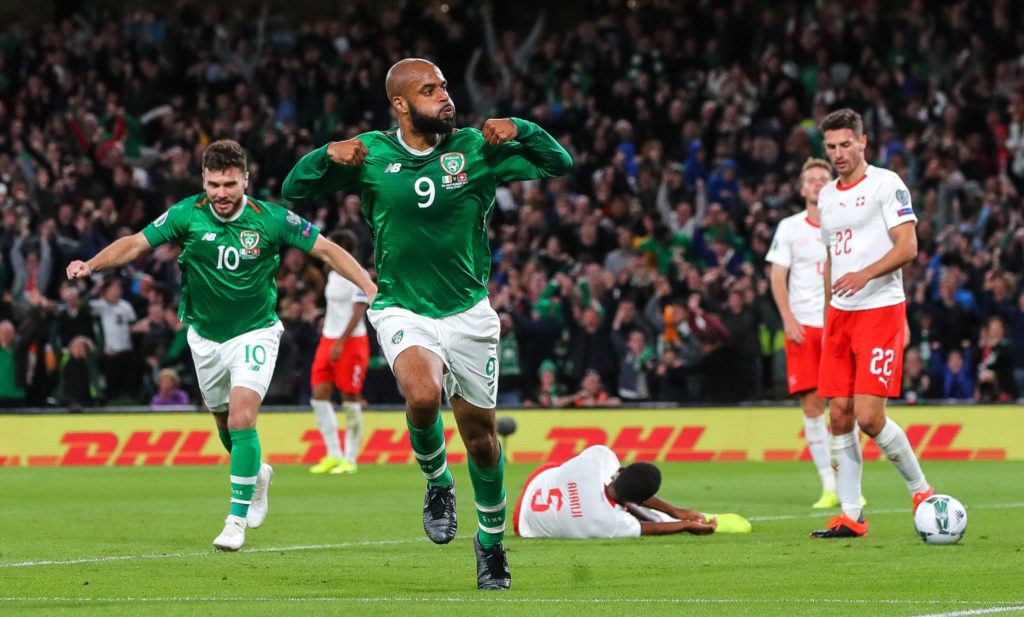 "He puts the ball in the back of the net and he blows the defender out of it.

"It's a very good point and the lads will be thrilled."

"Schar had threatened a lot throughout the game, coming forward and bringing the ball out," he said.

"And then he gets himself inside the box and look, it's a lovely finish. I think it's his eighth international goal in 51-52 caps which is remarkable for a centre-half."