Meath official David Gough will referee the All Ireland football final meeting of Kerry and Dubli...

Meath official David Gough will referee the All Ireland football final meeting of Kerry and Dublin at Croke Park on September 1st.

The GAA confirmed the rumoured news in an official release.

The match will be Gough's first senior All Ireland decider. Gough previously took charge of the 2015 Minor Football final between Kerry and Tipperary. Current senior stars Jason Foley, Tom O'Sullivan, Gavin White and Sean O'Shea were among the Kerry side that thrashed Tipp 4-14 to 0-6 that day.

Gough's been in the middle for matches involving both Dublin and Kerry this year. He refereed the Dubs' 5-18 to 1-17 win over Cork in the Super-8s in July. He also took charge of Peter Keane's first Allianz Football League game in charge of the Kingdom when they beat Tyrone 0-11 to 0-7 on a sodden day in Killarney.

The potential for Gough to be given the final attracted criticism from the former Kerry manager Eamonn Fitzmaurice and the ex-Kerry player Aidan O'Mahony, as the referee lives and works in Dublin.

Without questioning his integrity or abilities, they felt it would be better to appoint a referee with no links to the capital. 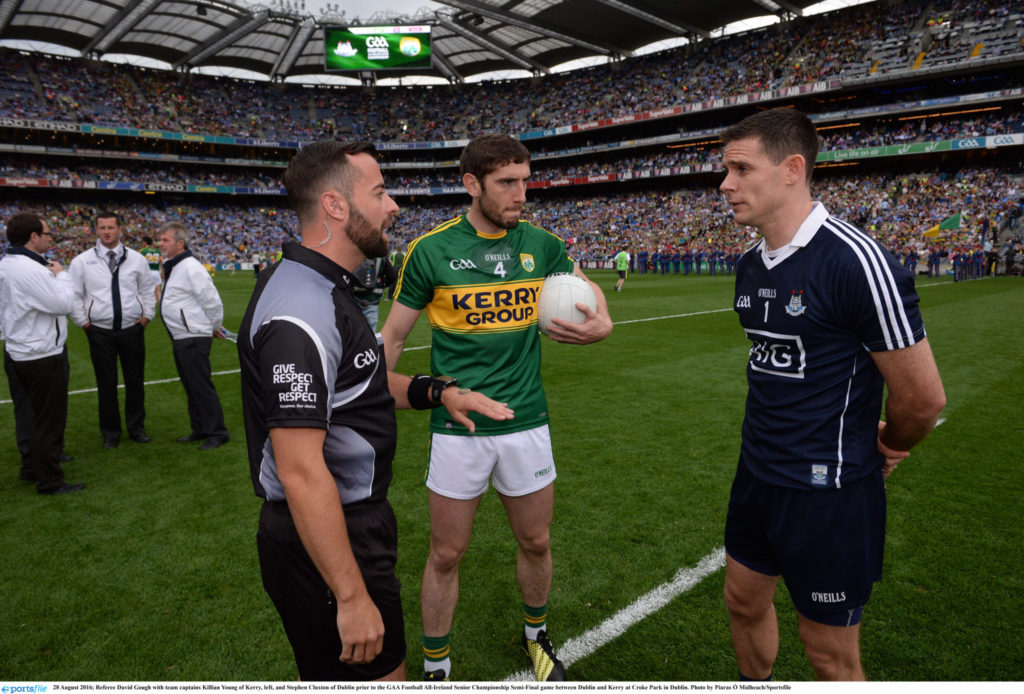 Cork official Conor Lane will be stand-by referee on September 1st, with Derry's Barry Cassidy on the other line. The sideline official will be Sean Hurson of Tyrone.

It's a family affair with Gough's umpires, who will be Dean Gough, Eugene Gough, Stephen Gough and Terry Gough all of whom also hail from the Slane club.

Stand-by referee to Mooney will be Roscommon's Paddy Neilan, with Brendan Cawley of Kildare the other linesman. Mayo's John Henry will be sideline official.