Cricket Ireland CEO Warrren Deutrom is hopeful that there will be competitive action this summer ...

Cricket Ireland CEO Warrren Deutrom is hopeful that there will be competitive action this summer as cricket moved a step closer to a return to training.

There has been provisional approval given for club cricket to move towards a restart of activity in the Republic of Ireland and Northern Ireland.

Limited cricket training will be able to resume once two key requirements are fulfilled;

"Following extensive research and consultation, Cricket Ireland made its submission to the two Governments on 22 May seeking approval to restart cricket activity," reads the Cricket Ireland statement.

"Following positive engagement with Sport Ireland and Sport NI, the Return-to-Training Protocols have now been approved for implementation in the Republic of Ireland, with Sport NI noting the protocols can be communicated to clubs in Northern Ireland ahead of implementation.

"This means that Provincial Unions and clubs can actively progress their COVID-19 safety preparation work in anticipation of each Government’s progression to Phase 2 / Step 2 of respective roadmaps to reopening.

"The first stage of this work will be for education and resources to be delivered to clubs – this will commence from next week and must be undertaken before actual club cricket training activity can commence."

It will come as good news to both senior international squads, with the men's team hoping to face England in July, in a rescheduled One Day International series which serves as a qualifier for the 2023 Cricket World Cup.

Senior women's head coach Ed Joyce will also need time with his squad if they are given a new date for the 2021 World Cup qualifier in Sri Lanka which was postponed last month. 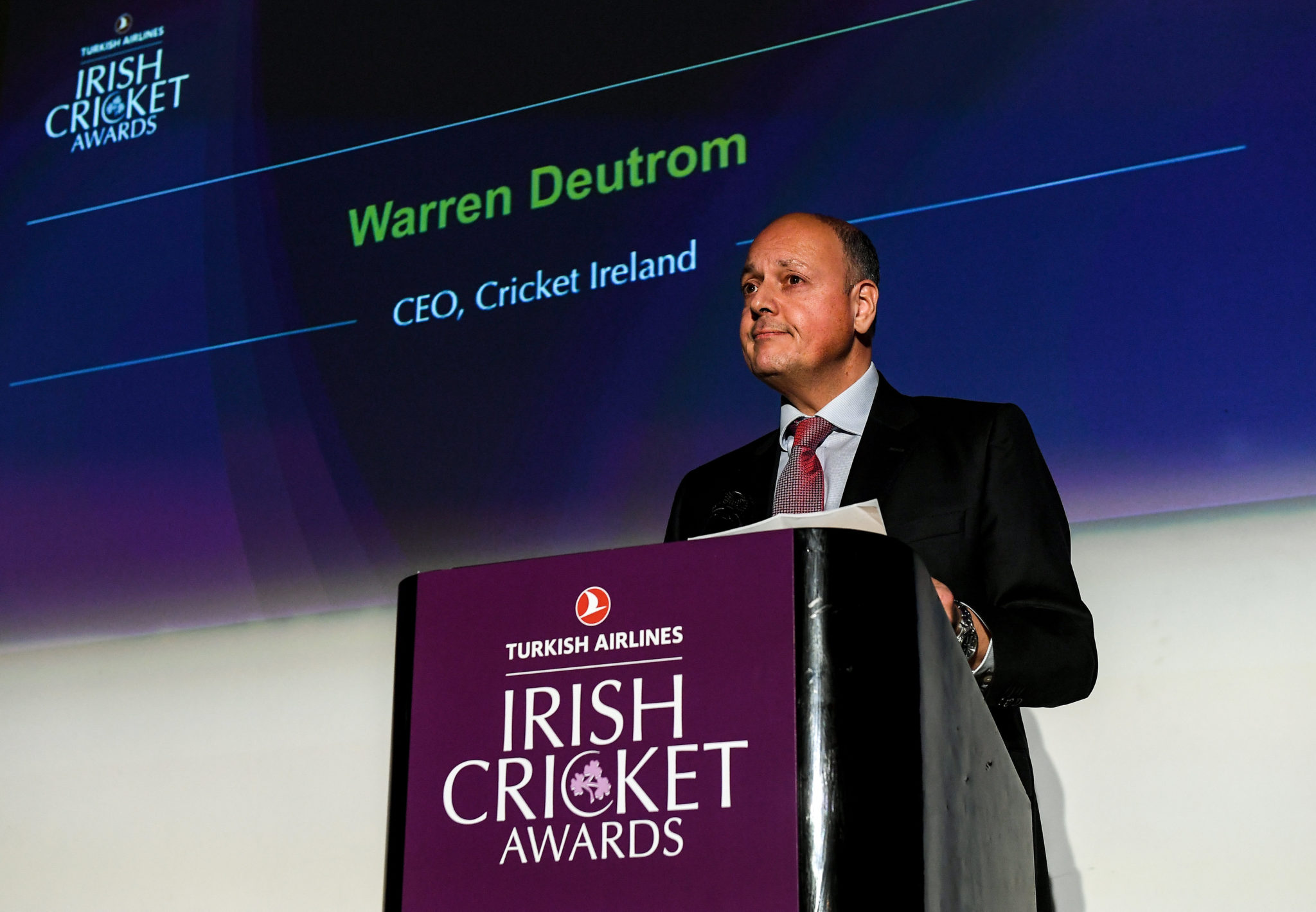 Deutrom has reminded everyone involved with Irish cricket to adhere to the advice with regard to both government's Covid-19 restrictions and roadmaps for reopening society.

He says that they will provide the support need for clubs as they begin returning to training.

"We will, through the Provincial Unions, help guide and educate clubs on what is required to comply with the safety protocols," Deutrom said.

"We have approved the provision of signage and online education to commence immediately.

"We anticipate some clubs will take longer than others in being able to restart activity, so we’ll be putting further recommendations to the Cricket Ireland Board later this month to support clubs in implementing these protocols.”

Deutrom remains hopeful that there will be some competitive action this summer.

"There will undoubtedly be some details still to resolve during implementation, but we will provide advice on issues as they arise," he added.

"If we work together on meeting these protocols, then we can begin to look towards an eventual resumption of competitive matches later in the roadmap – a scenario that seemed very distant to many just a few weeks ago.

"That all said, the spirit of the Government’s roadmap has been about looking forward cautiously but also positively, so that’s what we shall do. So, while it’s not quite ‘back to normal’, it is a positive step for all involved in our sport. We just hope the weather holds now that we’re back!"