Every Tuesday and Friday we pit four members of Team Off the Ball up against each other in The Cr...

Every Tuesday and Friday we pit four members of Team Off the Ball up against each other in The Crappy Quiz, and this week's version is as crappy as ever.

This week 2001 was the year in focus for many of quizmaster Eoin Sheahan's questions - as Ger Gilroy, Nathan Murphy, and Tommy Rooney saw their knowledge put to the test.

The first game Tommy went to in Croke Park turned out to be the 2001 All-Ireland senior football semi-final, as his beloved Meath saw off Kerry (before losing to Galway in the final).

(WATCH THE FULL QUIZ IN VIDEO BELOW)

Tommy perfectly answered his opening question - how many points did Kerry score in that semi-final defeat to the Royals? When he recalled who scored Meath's two goals and Kerry's three-pointer from Mike Frank Russell it raised suspicions in OTB Towers, with accusations of Wikipedia use being bandied around.

The 2001 UEFA Cup final win for Liverpool over Spanish side Alavés also came up, and Nathan recounted his own personal story of that night.

"I was in college in Galway, it was a Wednesday night... so obviously I went out to enjoy myself for the UEFA Cup final. And may have enjoyed myself a little too much, the game going to extra-time did me no favours!

"To the extent that all I saw was an Alavés player heading the ball into the back of the net - I stormed out of the pub in anger at what I'd just seen, and it wasn't until I woke up the next morning with the most raging hangover that I realised... Liverpool had won." 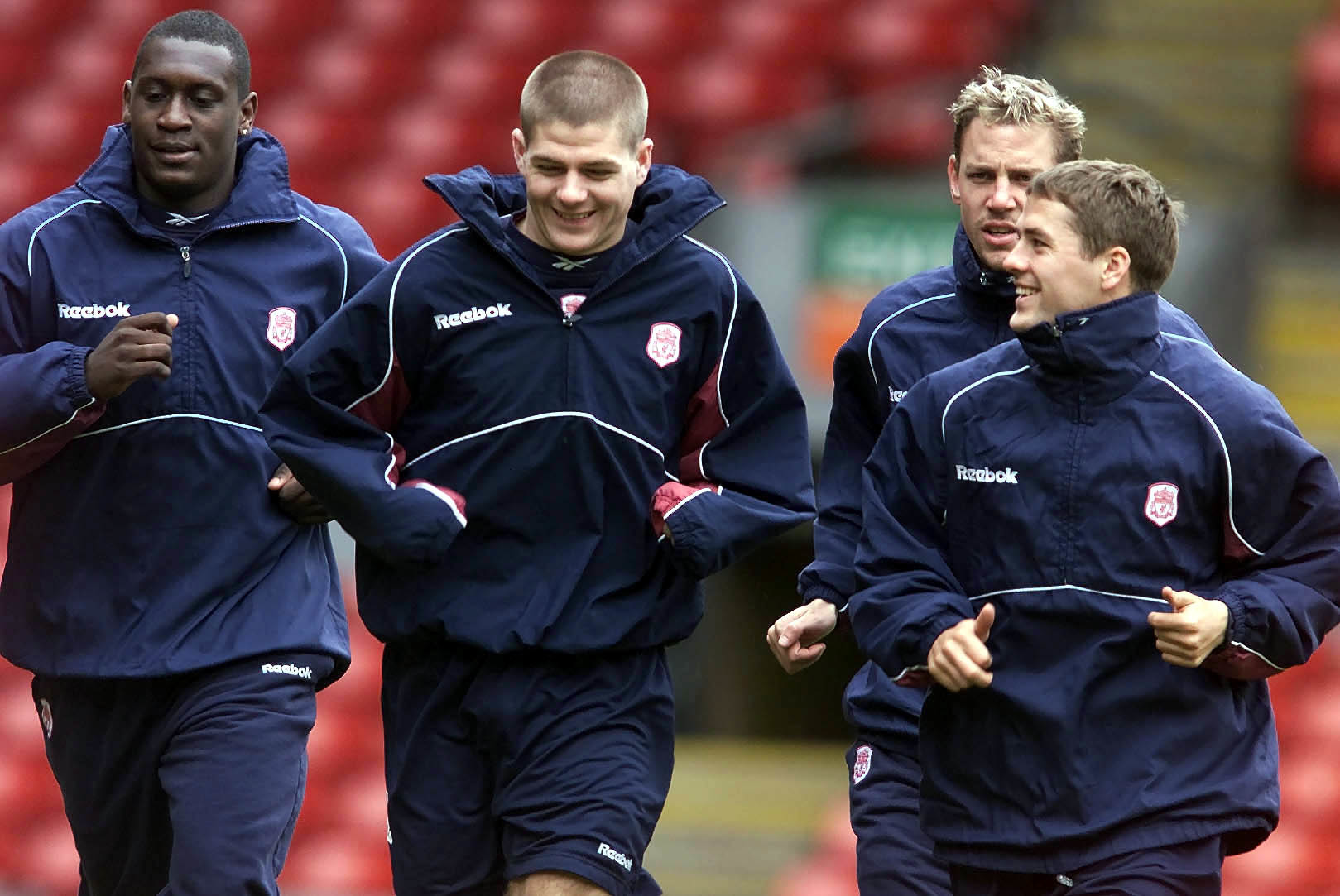 Liverpool Midfielder Steven Gerrard (second left) shares a joke with Michael Owen (right) as they jog with Emile Heskey (left) and Stephane Henchoz during an open training session at Anfield, Liverpoo, ahead of their two Cup Finals this month. Liverpool play Arsenal in the FA Cup Final on the 12th May 2001, and then take on CD Alaves in the UEFA Cup Final on the 16th May 2001.

The quiz also featured perhaps the most ingenious question ever devised by our quizmaster - which horse won the Cheltenham Gold Cup in 2001?

We won't give you the answer just yet - you'll have to give the full thing a watch to find out!

Some of our other quotable quiz highlights:

"Is Tommy Rooney kicking points not an essential service?"

"The outside of your boot can only entertain a certain amount of people I guess."

"Having watched the '98 final I'm strictly collars up now in all public appearances."

"Have you been doing the Joe Wicks stuff? I can't sit down for a shite! You have to do it with the kids otherwise the kids get bored and they won't do it!"

Off The Ball Otb Quiz Sports Quiz The Crappy Quiz

Seven Irish players in the Lions starting 15 to face Japan