Conor Davis is the latest player to sign for Cork City ahead of the 2020 season.  The striker sp...

Conor Davis is the latest player to sign for Cork City ahead of the 2020 season.

The striker spent the second half of last season at Derry City having left UCD in June.

Still only 21, Davis was formerly with English Championship side Reading for whom he played at U18 and U23 level.

Cork boss Neale Fenn is happy to get the Davis deal over the line, "Conor is a talented player who fits the mould of what we’re looking for here.

"He met the lads and trained today, and it’s clear that he’s eager to do well here. We’re excited to see how he does at the club." 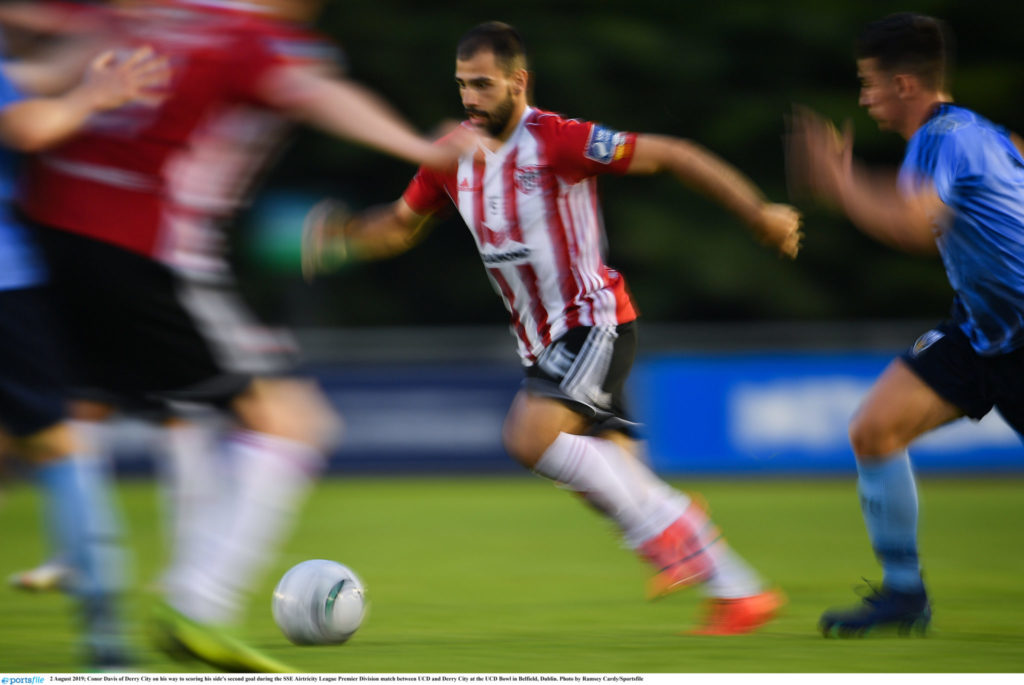 Cork began their pre-season training at Bishopstown on Thursday, and Davis felt immediately at home, "It was a tough couple of sessions, but the lads look fit and ready to go.

"There'll be competition for places so it'll be an exciting pre-season."

Davis says he's looking forward to some consistent game time on Leeside, "I had a stop, start few months at Derry and I felt it was best for me to move on and have a clean slate and what better place to do that at this moment than Cork City who are in a similar process of starting fresh.

"I think this is a great chance for me to kick on in my career and I can’t wait to pull on the green jersey for the first time.

"I’m under no illusions of the pressures that come with playing for such a big club and what the fans expect from Cork City players but I also have no doubt that we can deliver and hopefully, with a bit of time and patience, take this club back to where it belongs."