Former Celtic captain and manager Billy McNeill has died at the age of 79. McNeill famously capta...

Former Celtic captain and manager Billy McNeill has died at the age of 79.

McNeill famously captained the Lisbon Lions to European Cup glory in 1967 with victory over Inter Milan, one of 31 trophies he won with Celtic as a player and manager. As a player, McNeill led Celtic to 11 Scottish league titles, seven Scottish Cups and six League Cup wins. McNeill also enjoyed plenty of success when he stepped into management, winning four league titles, three Scottish Cups and one League Cup.

McNeill is regarded as the club's greatest ever captain and there is a statue of him lifting the European Cup outside Celtic Park. He made an incredible 790 competitive appearances in the green and white Hoops and not one of those appearances was as a substitute. He spent 18 years at the club, joining in 1957 and bowing out in 1975.

A statement from the McNeill family read:

"It is with great sadness that we announce the death of our father Billy McNeill. He passed away late last night surrounded by his family and loved ones. He suffered from Dementia for a number of years and fought bravely to the end, showing the strength and fortitude he always has done throughout his life.'

'We would also like to note our love and appreciation to our mother, Liz, for the care, devotion and love she gave to our father throughout his illness. No one could have done any more.

"Whilst this is a very sad time for all the family and we know our privacy will be respected, our father always made time for the supporters so please tell his stories, sing his songs and help us celebrate his life." 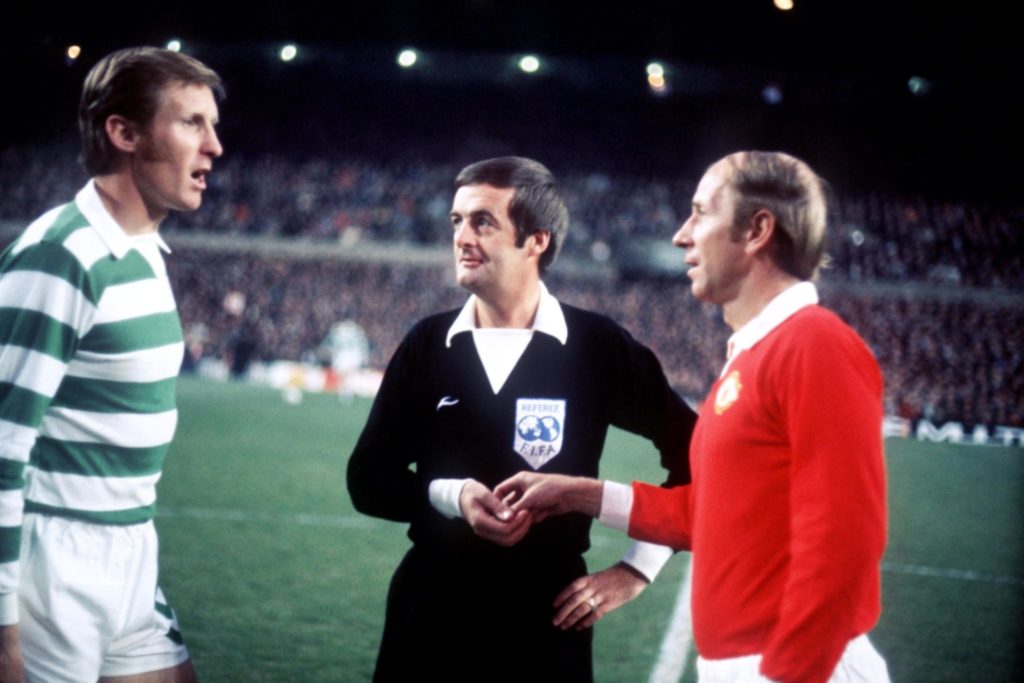 Celtic Chief Executive Peter Lawwell said: "We have lost a great Celtic man with the passing of Billy McNeill, and I would first of all like to pass on my condolences on behalf of the club to Billy’s wife, Liz, their children, Susan, Paula, Libby, Carol and Martyn, and their grandchildren at this very sad time. Their loss is a deep and profound one, and I know that everyone, regardless of their football allegiance, will be sending their thoughts and prayers to Billy’s family.

"I also want to send my condolences to his football brothers, in particular, the Lisbon Lions, with whom he shared so many extraordinary triumphs with Celtic, but also to all the countless friends he made in football, people such as Mike Jackson, with whom he formed a lifelong friendship after the two of them were team-mates here in the late 1950s and early ‘60s.

"Billy McNeill was our greatest ever captain and one of the finest players ever to wear the famous green and white Hoops. His record as a player is extraordinary. He made 790 competitive appearances for Celtic – more than any other player in our history – and during that time he won nine league titles, seven Scottish Cups, six League Cups and, of course, the European Cup triumph in 1967.

"That remains the greatest moment in our club’s long and illustrious history, and the image of Billy holding aloft the trophy in the Estadio Nacional in Lisbon is an iconic one which is now immortalised in the stunning statue at the front of The Celtic Way.

"He also managed the club in two separate periods, winning a total of four league titles, three Scottish Cups and the League Cup. Among his many successes from the dugout are memorable triumphs such as the 1979 title win, when 10 men won the league and, of course, the Centenary Double success in 1988.

"He also become our first ever club ambassador in 2009, and there was no more fitting candidate to take up such a role than the man whom fans always knew and loved as Cesar.

"Those of us who were lucky enough to see Billy play, particularly during that golden era under Jock Stein, appreciate we were truly privileged to have done so. There were so many gifted players at the club during that time, and their leader on the pitch and in the dressing-room was always Billy McNeill.

"It has also been one of the great privileges of my life that, over the years, I got to meet and know Billy, not just as a great Celt, but also as a great man and someone I was delighted to call a friend. His presence on a matchday here at Celtic Park, where he would cheer on the team, was always a great opportunity to meet up with him, and it was also an indication that he always was, before everything else, a Celtic supporter, faithful through and through.

"It is often said that you shouldn’t meet your heroes, but with Billy, as with all the Lisbon Lions, meeting them has always been a wonderful experience. They have remained humble men, regardless of their incredible achievements as Celtic players, embodying everything that is good and positive about Celtic Football Club.

"This is the saddest of days for the Celtic Family, and also for the wider football world. We mourn Billy McNeill’s passing and we send our thoughts and prayers to his family and friends, while we also give thanks for Billy’s life and the incredible joy he brought to so many people as a Celtic player, a Celtic manager and a great Celtic man. "