Ireland defence coach Andy Farrell says Bundee Aki will know the result of his disciplinary process on Monday, and whether the Connacht centre will be allowed to play in a World Cup quarter-final.

The 29-year-old New Zealand-born Aki was sent off in yesterday's 47-5 win against Samoa for a tackle on Ulupano Seuteni.

“I feel sorry for everyone who gets a red card," said Farrell to a press conference. "I don’t know anyone playing the game now in world rugby that means to do anything that warrants a red card.

"I know where you're trying to go on this but I'll keep my powder dry until after the process on this one.

“We haven't had the referee's report yet, so it’s very hard to comment. We believe that in the next 36 hours, there will be a hearing so we'll see how that goes. We'll wait for the report.

"It’s tough, isn't it? It's very tough to judge. You can slow everything down and everyone has a comment, ‘Oh, what if this happened? What if that happened'?” 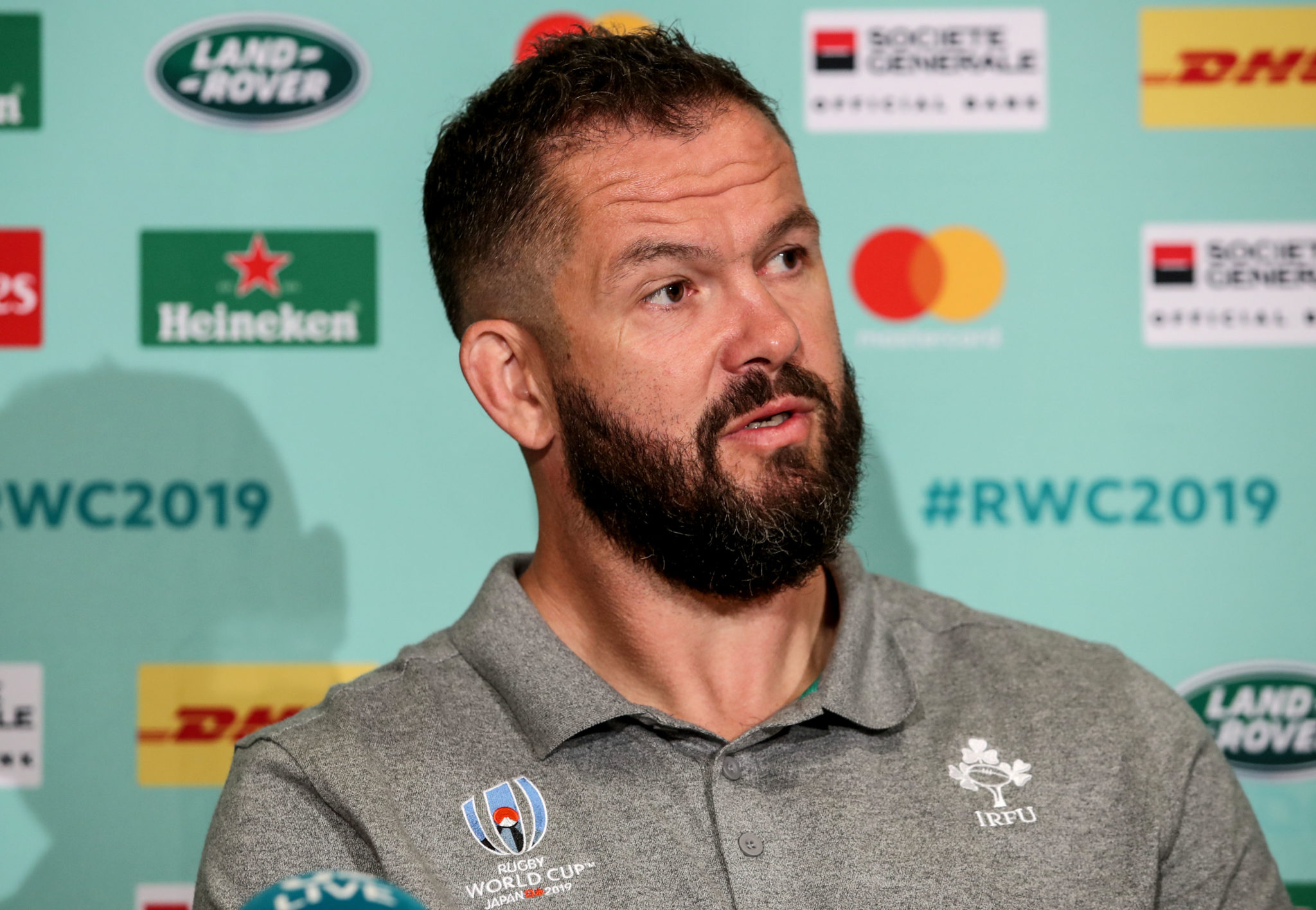 The Samoan head coach Steve Jackson offered his sympathy to Bundee Aki over the red card, saying "hopefully the powers-that-be see some sense and he gets to carry on in the tournament because he’s a great kid and deserves it. I hope no further sanction comes.

"Was there malice? No, it was just physical in the tackle."

Ireland will face New Zealand in the quarter-finals if Japan beat Scotland and secure top place in the Pool.

Ireland's performances against Russia and Samoa have reinvigorated confidence in the team after the shock defeat to Japan. Andy Farrell was asked if he believed the Ireland team is hitting top form.

"I don’t think it really matters, simply because this is a World Cup quarter-final coming up," said Farrell. "We’ll digest the review of the Samoa game first and we’ll pick ourselves up and do some recovery stuff today but I don’t think form really comes into it next week.

“It was a good performance by ourselves yesterday. Is that going to be good enough? Who knows? We don’t know. All you’ve got to do in a quarter-final is win.

"Of course form on the day matters, whether you carry that on from a year ago, six months ago or last week, it all becomes a little bit irrelevant in the end.