"Brighton have been fantastic" over Aaron Connolly's availability | Stephen Kenny

Republic of Ireland manager Stephen Kenny has praised Brighton and Hove Albion for their understanding in allowing Aaron Connolly to link up withe the squad for tomorrow's game with Finland.

The 20-year-old, and striker Adam Idah, were forced to miss last Thursday's European Championships playoff defeat to Slovakia and the weekend Nations League draw with Wales after being deemed "close contacts" to a member of the FAI's staff who tested positive for COVID-19.

It later transpired that the test was actually a false positive and the young attacking duo have re-joined the squad for the Nations League game in Helsinki.

"Brighton have been fantastic," Kenny said when asked about the Premier League side releasing Connolly for international duty.

"Their manager Graham Potter is a brilliant football man and he understands that we have two young players here in Aaron Connolly and Jason Molumby who have come through at Brighton and are playing for their first-team now.

"He understands the importance for them to play for their international team and he's been brilliant really." 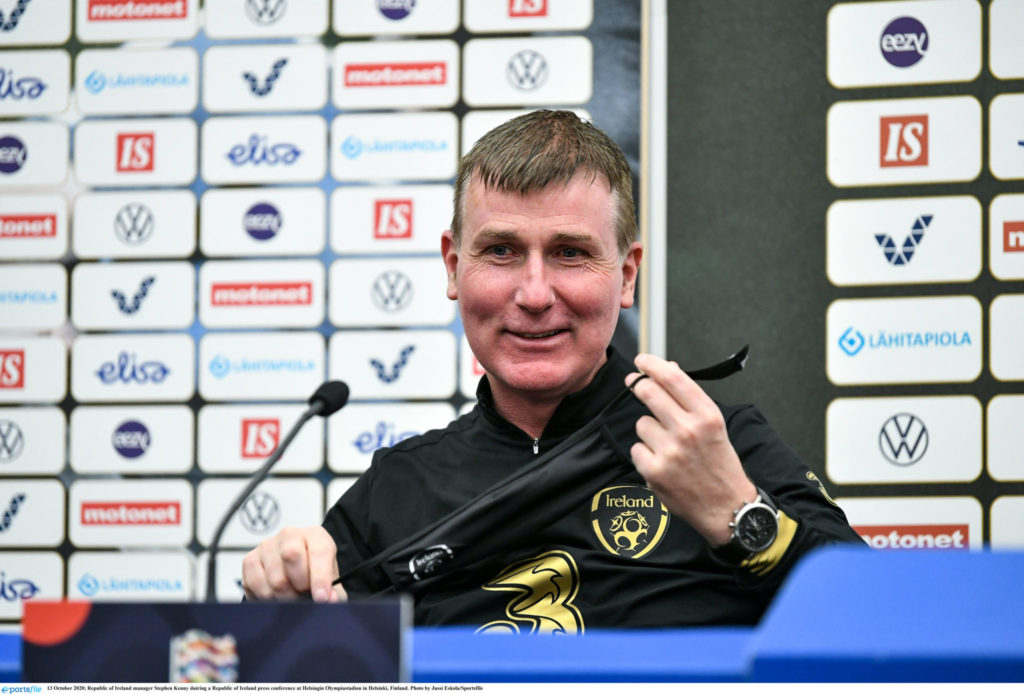 The squad travelled to Helsinki this afternoon ahead of tomorrow's match and Kenny admits they've made some changes from last week's travel arrangements to Slovakia.

"Yeah, there was some differences. The operations director would mainly plan that. I spoke to him yesterday in relation to the flight plans and we did change some things but these are things that everyone is learning.

"There are no experts at the moment because it's such a learning curve for so many people. There will be changes I would think, going forward.

"It's hard to believe that we lost two players for the playoff at such a late stage because of a false positive connected to contact trainings.

"We have to abide by the law in our country and that's what the medical department did.

"Listen, there are people experiencing far worse than we are at the moment, this virus has killed thousands of people throughout Europe and even bigger numbers around the world so it's been bigger than sport.

"We've had eight players missing over the last week due to contact tracing, that has been significant. We also didn't have David McGoldrick and James McCarthy through and already had Seamus Coleman and Harry Arter and Darragh Lenihan out from the original squad so we were missing 13 players against Wales.

"Considering that, I think the players did really well and were unfortunate not to win really." 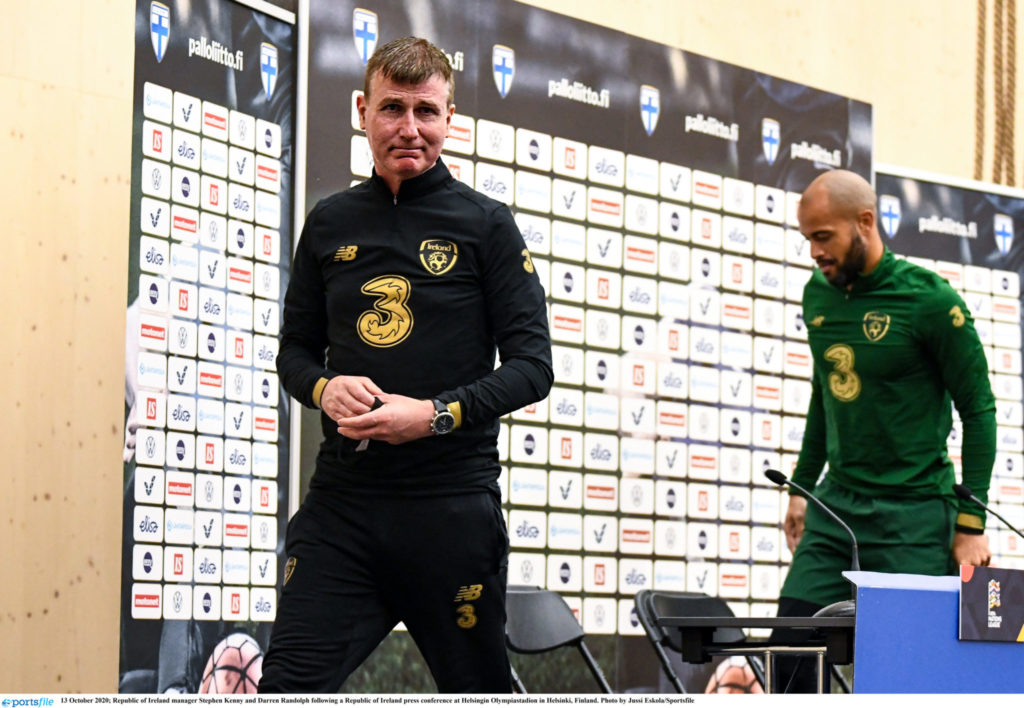 There have been suggestions that clubs across Europe could seek for the next international window to be postponed after a number of players, including former world player of the year Cristiano Ronaldo, picked up COVID-19 while away with their countries. But Kenny is hopeful that FIFA and UEFA will allow international matches to proceed as planned.

"Many challenges have been thrown up throughout the ages and we've always had to overcome obstacles and sport is an important part of life and people need something to look forward to.

"The Irish national team is hugely important within Irish sporting life. It's the pinnacle of sporting life in Ireland, the Irish international football team and the other national sports teams.

"It'll be great if it (international football) can continue, we've had setbacks and obviously people will need to review that but you it would be good news if it continues."

Connolly and Robinson ruled out of Ireland's three matches