Alan McLoughlin, veteran of two World Cups with the Republic of Ireland, has died.  The Manchest...

Alan McLoughlin, veteran of two World Cups with the Republic of Ireland, has died.

The Manchester-born player was 54.

In March, McLoughlin revealed he had been treated in recent months for an aggressive form of cancer.

The ex-Portsmouth and Swindon Town midfielder was first diagnosed with a kidney tumour in 2012. By November 2019, cancer had spread to his chest wall and lung.

Earlier this year, a tumour was discovered in his vertebrae, and he underwent a procedure in February to have it removed.

His equalising goal against Northern Ireland secured Jack Charlton's side a place at the World Cup finals in the United States.

That game in Belfast was his 15th in an Ireland jersey. His first had come three-and-a-half years earlier in the warmer climes of Cagliari. He was a 64th minute substitute for John Aldridge in a 1-1 draw with England at Italia 90.

He would end his career with 43 Ireland caps, with the goal at Windsor Park the only time he found the net for his country.

McLoughlin's mother Nora hailed from Limerick, and his father Pat from Mayo. Prior to his World Cup call, he'd been at the centre of a tug-o-war between the country of his birth and that of his parents.

He'd received call-ups from both England and Ireland for a B international at Turner's Cross in 1990.

Having been released by Manchester United as a youth, McLoughlin climbed his way back up the ladder at Swindon and blossomed under Ossie Ardiles.

He scored the winning goal in the Second Division playoff final against Sunderland at Wembley. And although Swindon wouldn't be allowed promotion to England's top tier, McLoughlin's form alone earned him just that.

He moved to Southampton in December 1990 for a then club record fee of £1million. However, he failed to recapture his Swindon form at the Dell and after a loan move to Aston Villa he found his way to Portsmouth. 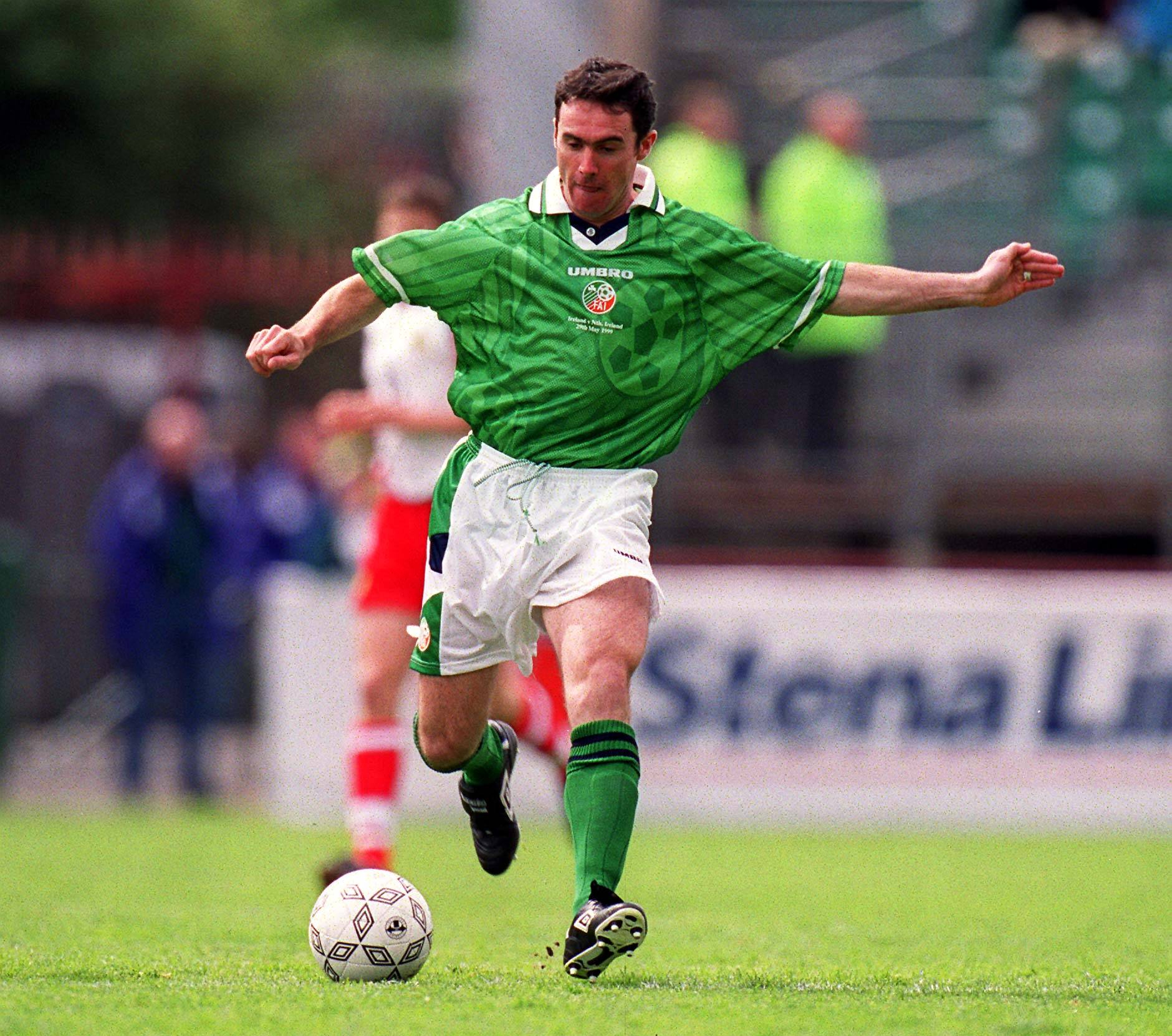 A £400,000 move to Fratton Park saw him score the winning goal against Nottingham Forest in the FA Cup 6th round, a win that earned Portsmouth a semi-final date with Liverpool at Highbury.

McLoughlin started in that dramatic 1-1 draw, and indeed the replay at Villa Park which Pompey lost on penalties.

He made over 300 appearances for Portsmouth, scoring 54 times along the way and earning a place in Charlton's USA '94 squad.

Spells at Wigan and Forest Green followed, as his career wound down and McLoughlin found his way into coaching at his former club Portsmouth alongside fellow class of '92 veteran, Guy Whittingham.

He also worked as Academy Manager at Swindon.

McLoughlin was a regular media pundit, and often provided co-commentary on may of Off The Ball's Premier League live matches.

Alex Ferguson turns up at PSG’s team hotel in Manchester