Best of May History Books

This week Patrick reviews some of the best Irish and International history publications of May 20...

Best of May History Books

This week Patrick reviews some of the best Irish and International history publications of May 2019. Books covered on the show include: 'William Penn: A Life' with Andrew B Murphy, 'Harry Clarke and Artistic Visions of the New Irish State' with Angela Griffith, 'White Elephants: The Country House and the State in Independent Ireland 1922-1973' with Emer Cooke, 'Nicholson: How an Angry Irishman Became the Hero of Delhi' with Donal P McCracken and 'Irish Parliamentarian: Deputies and Senators 1918 to 2018' with Anthony White . 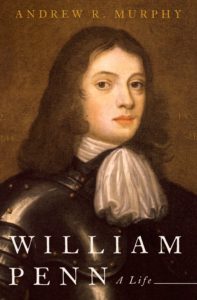 NI Protocol - What does a trade war look like?

TV and Film should be a career to aim for