Our own Máire-Treasa Nic-Cheallaigh has been helping in the fight against the coronavirus, as pa...

Our own Máire-Treasa Nic-Cheallaigh has been helping in the fight against the coronavirus, as part of our healthcare service battling the global pandemic.

Viewers of and listeners to Off The Ball might be more familiar with Máire-Treasa reporting from a GAA press gantry alongside Tommy Walsh, but she is also halfway through a four year medical graduate entry degree.

Her last year has been spent based at Connolly Hospital, with hands-on experience of clinical work. The Galwegian told Ger and Eoin on OTB AM this morning about what her daily life looks like at the moment.

"You go into ICU, you put on your scrubs, and then you put on the Personal Protective Equipment, the PPE we've all heard so much about. That's probably the most stressful part of the day, not so much putting it on, but taking it off.

"We go in in teams of four, we get called by someone in ICU or critical care... they will let us know if patients need help. It's called proning, and its basically moving patients onto their stomach to help them breath."

Thousands of healthcare workers have volunteered, with some coming out of retirement and others coming home from far afield places like Australia to help in the fight against Covid-19. However, Máire-Treasa says that is a decision no health worker takes lightly. 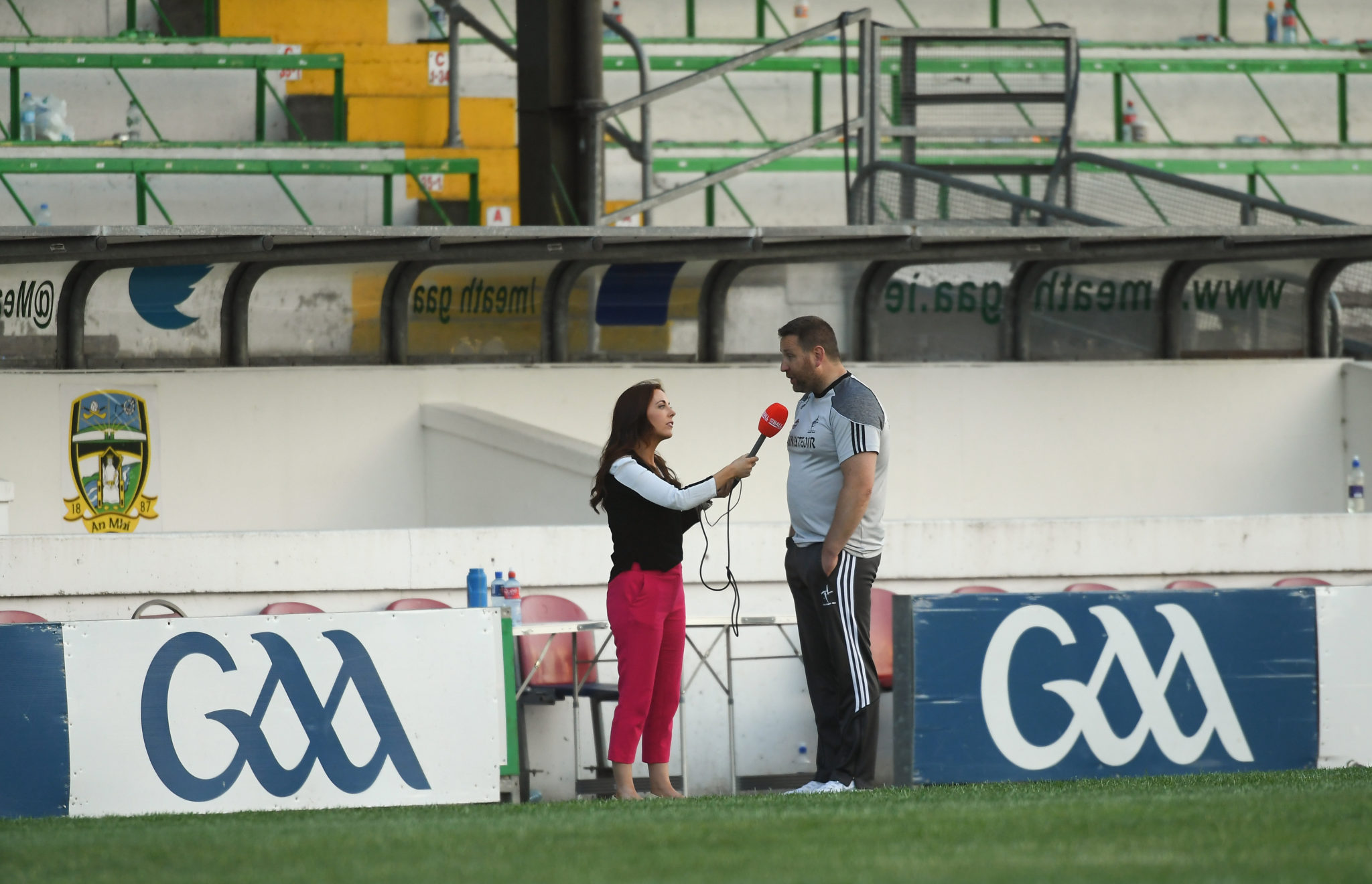 "I won't lie, I wasn't the first person to put my hand up. I did wait a few days I think it is important to say because there's this whole mythology going out right now about heathcare workers, and doctors, and nurses, and everyone who works in hospitals.

"It did take me a while to decide if I wanted to do it, it's not easy. The first day was terrifying, it's the fear of the unknown, and the scrolling... but also knowing, even though some have experienced tragedy in their families that will never be the same after this, it seems to have been controlled.

"Like anything, any kind of fear most of us have is due to the unknown. Once I knew what was ahead of me, and then once I went and worked in it... yeah, it's very high stakes, but to be fair, every effort is being made to mitigate against anything bad happening to you or your own family.

"Because the Irish people have done such a good job of flattening the curve, there's been no chaos, not that I've seen anyway. It's all been very organised, everybody knows what their role is."

Will the scrubs be in county colours? Hard to source a nice maroon set! 👏 https://t.co/zHmiQsMmhQ

Máire-Treasa also says it will take quite some time before life truly gets back to normal after these strange times.

"There's a bit of mental exhaustion, and that's something that healthcare workers are going to have to be careful of in the weeks and months ahead. There's a lot of mental processing that isn't being done right now, if that makes sense.

"That's something we need to be careful about when it comes to mental scars. Also, we've heard the anecdotes now of people not going to hospital because they're afraid maybe of being a burden to healthcare or maybe being afraid of catching it.

"If that's not dealt with, we're going to deal with another post-Covid crisis that could be... maybe the figures mightn't be as obvious, but people are still going to get very seriously ill. We just need to be very careful about that.

"This is the long-haul, even when people are let out there are going to be repurcussions and ramifications, at least for the next two years I think."