The Lilywhites beat Shamrock Rovers 3-2 at Oriel Park to make it two titles in a row.

Vinny Perth's side took the lead on 28 minutes. Sean Hoare headed in Michael Duffy's ball in from the left to set Dundalk on their way.

And they doubled that lead just before half-time. Again it was a left-wing cross, this time from Patrick McEleney. Robbie Benson met it and steered his header beyond the goalkeeper to make it 2-0.

But 10 minutes after half-time, Aaron Greene pulled one back for Rovers.

However, the home side would restore their two-goal cushion in spectacular fashion barely five minutes after.

Duffy ran towards goal before blasting an unstoppable shot into the back of the net from 30 yards. 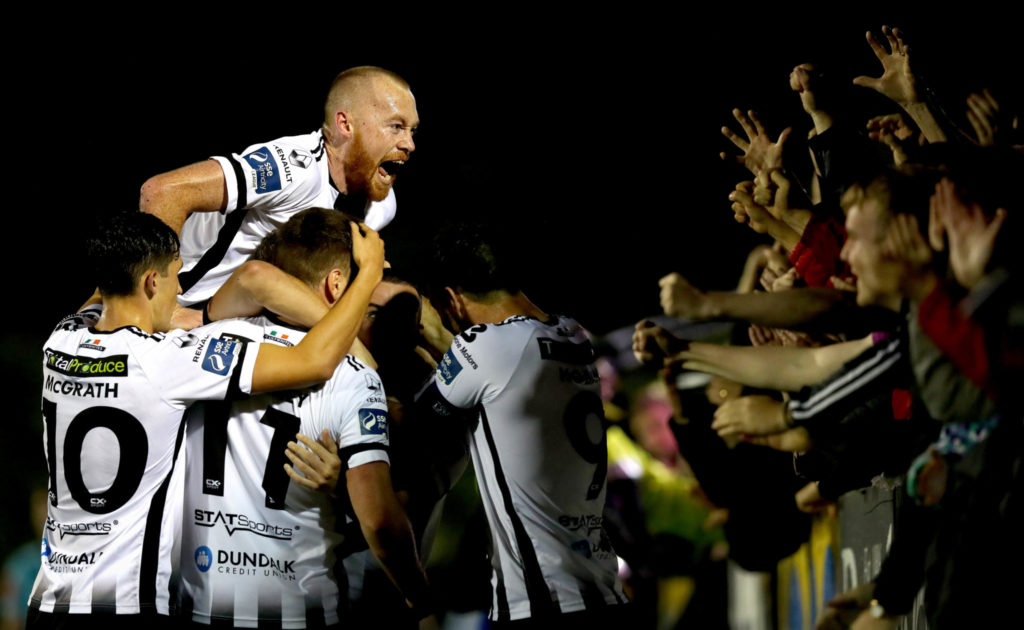 Dundalk looked home and hosed at that point and almost went further in front, only for Dane Massey to hit the post. But Rovers rallied again to reduce the arrears.

Aaron McEneff struck on 64 minutes to leave the scores at 3-2 with 25 minutes to go.

Despite nervy moments as the game entered stoppage time, Dundalk held on to seal the title.