“I don’t believe Micheál Martin will lead us into the next General Election."

Fianna Fáil TD John Lahart says he does not expect Micheál Martin to lead the party into the next election.

It comes after his party colleague john McGuinness told Newstalk that the party should refuse to back Leo Varadkar as Taoiseach if Micheál Martin does not stand down as Fianna Fáil leader.

Meanwhile, a large group of Fianna Fáil backbenchers are calling for the deal underpinning the coalition to be reviewed before the office of Taoiseach reverts to Fine Gael in December.

On Newstalk Breakfast this morning, Deputy Lahart said he does not expect Micheál Martin to be Fianna Fáil leader the next time the country takes to the polls.

“The Taoiseach has said he is going to lead the party into the next election and I understand why he has said that,” he said.

“If you look at Enda Kenny, he announced one day he was going to cease to be Taoiseach a couple of months ahead of time and literally within an hour, his power as Taoiseach began to evaporate and speculation began as to who was going to succeed him.

“I don’t believe he will lead us into the next General Election. It is not beyond the man actually - he has done it before - to walk into the Dáil and make a dramatic statement.”

Deputy Lahart said the looming change in the office of the Taoiseach is “beginning to focus minds” in Fianna Fáil.

“It will have consequences for the party and we need to prepare for that,” he said.

The Dublin south-west TD said calls for leadership change in Fianna Fáil have nothing to do with Micheál Martin personally.

“The Taoiseach has been an excellent Taoiseach,” he said. “He is held in very high regard.”

“Personally, I have a very good relationship with him and there is huge respect for him in the party, but I don’t think it is a negative thing, after 11 years as leader, for people to seek to have a conversation, particularly as the transition focuses minds – particularly if we don’t think he is going to lead us into the next election.

“[We need to consider] what steps should we take to ensure the party is in the best shape to face the electorate in 2025.” 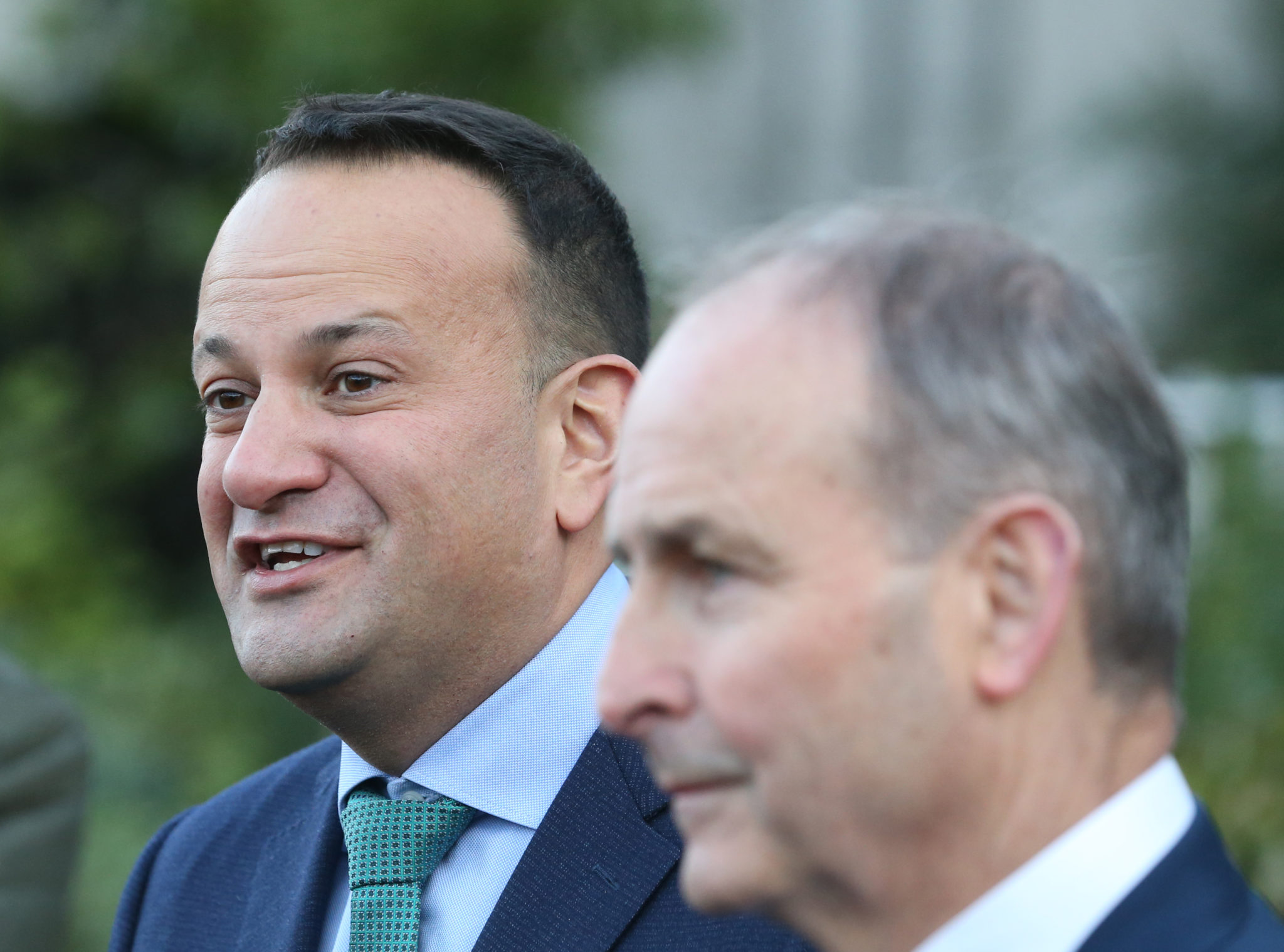 Deputy Lahart said he was “kind of surprised” to hear both the Taoiseach and Tánaiste rule out any review of the Programme for Government at the half-way point.

“I thought that was a bit of an impulsive response,” he said.

“The Programme for Government was agreed two years ago. I think everybody would agree that if it is to be relevant, it should be a living document with an opportunity to, kind of, breathe new life into it.”

“The world has changed dramatically since the Programme for Government was agreed,” he said. “I mean, two years ago there was no war in Ukraine.

“I don’t think anybody has anything to fear in relation to reviewing it. Nobody is talking about a complete renegotiation of it but there are some issues that need to be updated.”