Dogs were put in various cars for the same, short journey and the results were monitored

Dogs prefer electric cars over those with petrol or diesel engines, a new study has found.

Price comparison site CarGurus put a theory to the test with Professor Daniel Mills from the University of Lincoln in the UK.

The experiment involved putting dogs in various cars - one diesel and one electric - for the same, short journey and monitoring the results.

Behaviours that signify stress - such as lip licking, salivating and whining - as well as heart rates were compared before and after the journey.

The study revealed a subtle but noticeable preference for electric cars.

In diesel cars, dogs broke their laying position 50% more frequently than in the electric equivalent.

While most dogs lay down for the same amount of time, they broke that lay - i.e. they stood up and then lay down again - 3.5 times more in the diesel car, which suggests they were less relaxed.

Two of the dogs appeared to suffer with nausea in their cars, indicated by a combination of lip licking, panting and salivation.

These dogs showed significantly fewer signs of nausea in an electric vehicle, as well as a considerably reduced heart rate.

'Dogs just do what we ask'

Pete Wedderburn, aka Pete the Vet, told The Pat Kenny Show dogs do not know what to expect.

"You have to remember dogs don't know what's happening," he said.

"We at least know that we're getting into a car and we know that it's going to be a little but bumpy or whatever, and we expect it.

"Dogs just do what we ask them to do; for them it must seem very, very strange." 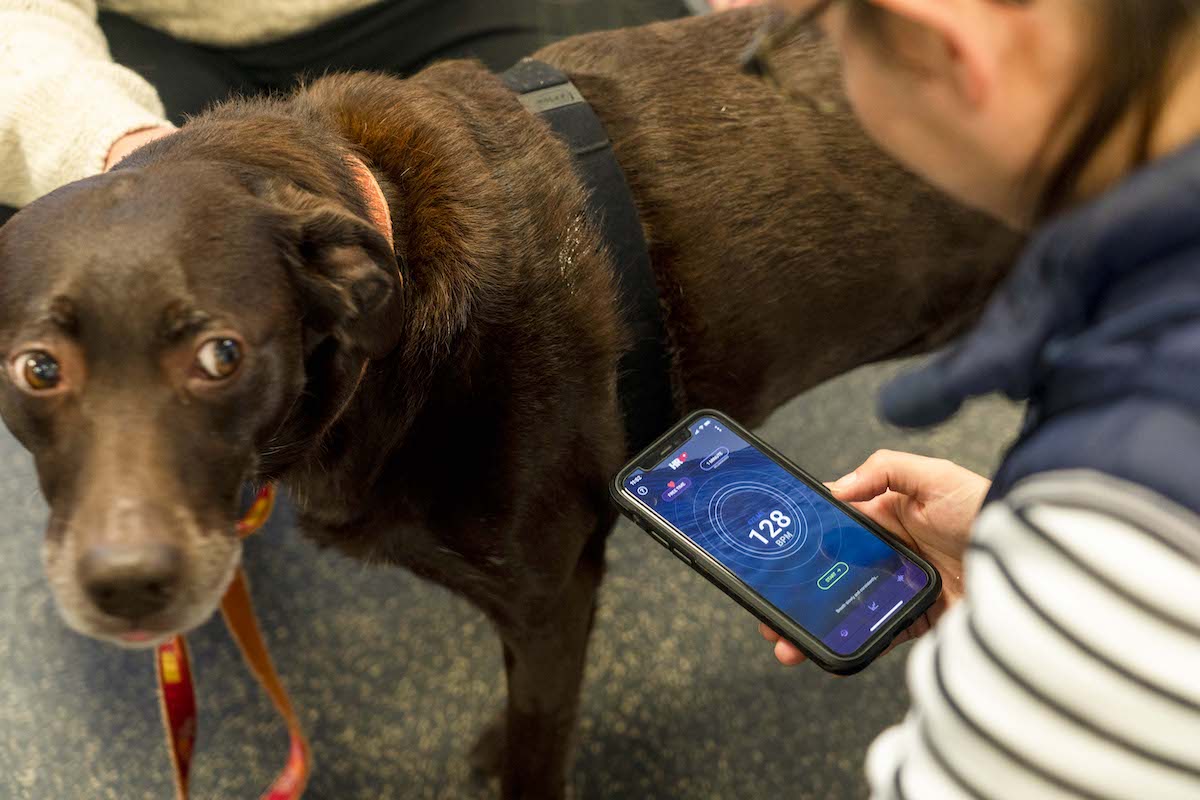 A dog taking part in the study. Picture by: CarGurus

Pete offered this advice for dogs affected by motion sickness.

"The best way around that, paradoxically perhaps, is to get them used to being in the car," he said.

"From when they're puppies onwards [go on] short trips often, that way they don't at least have the fear of unfamiliarity.

"You mightn't have to worry about that so much in the future if you're [purchasing] an electric car".

"I think it's almost bound to affect people's decision on what car they get," Prof Mills said.

"If you had a child and you knew that one car wasn't going to make your child car sick, then you'd probably buy that car.

"The same goes with people's dogs as well," he added.