One listener says average speed cameras should be on every motorway in the country.

John was speaking after the first average speed camera went operational on the M7 in Tipperary back in April.

He told Lunchtime Live this should be replicated right across Ireland.

"I've been on the M50 for the last couple of days... we have Guards sitting in cars, parked up.

"Someone goes by at a speed in excess of 120 kilometers and the Guard takes off after them.

"He's driving an ordinary, domestic car... it's not geared up for high-speed chases.

"He's pulling him over, the two of them are on the side of the road.

"He goes back to the station, he enters it up on the system and it goes to Tipperary - and Tipperary issue a ticket and maybe a second ticket, and maybe a follow-on, and maybe it ends up in court.

"Hugely intensive man hours [are] required to do that". 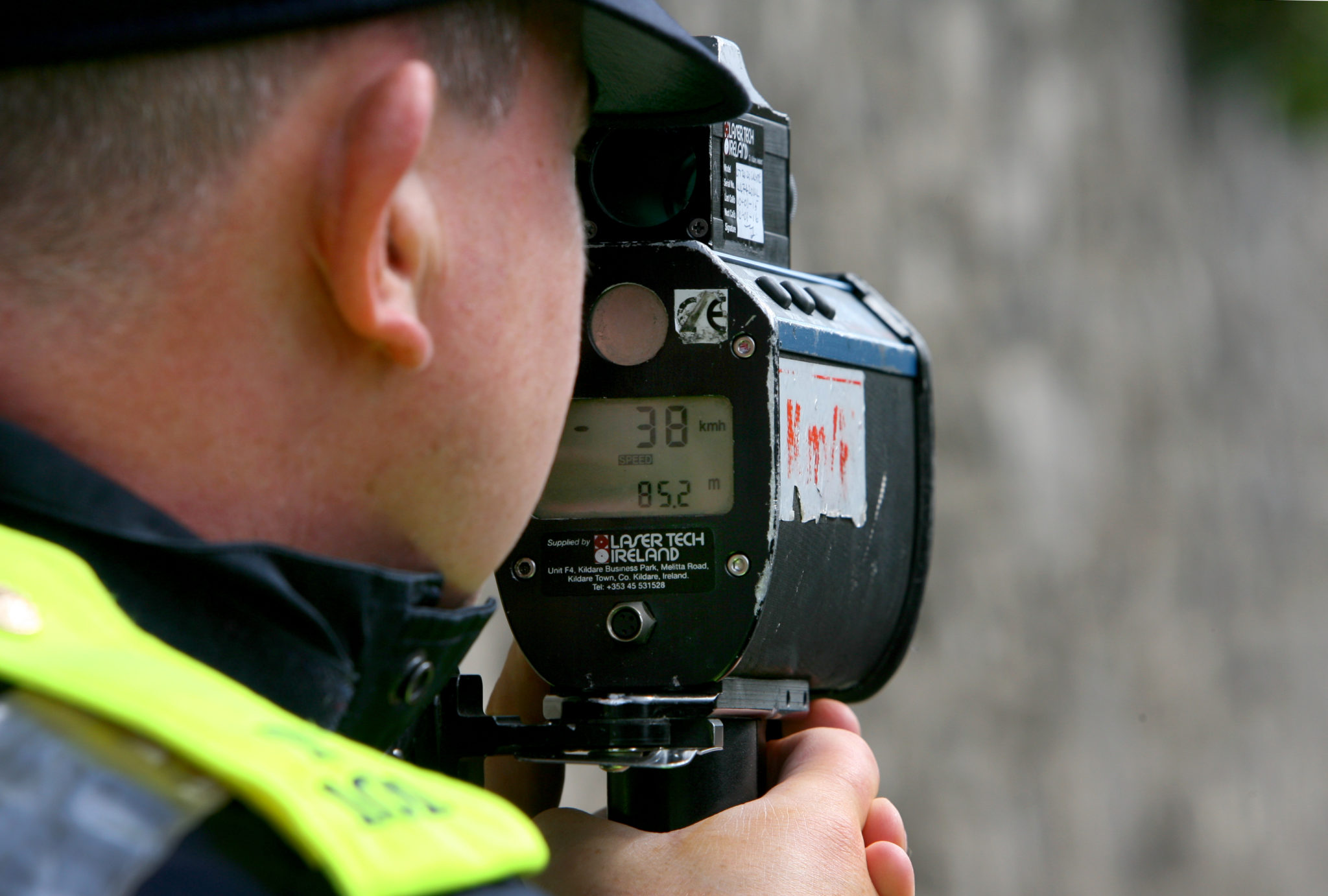 A Garda at a speed checkpoint on Conyngham Road in Dublin in 2015. Picture by: RollingNews.ie

He says average speed cameras would remove all that.

"When you enter the [Dublin Port] tunnel, there's an 80 kilometre speed limit the length of the tunnel.

"You're clocked going in an a computer, you're clocked coming out and it works out the average time it took you to cover the distance and calculates the speed at which you travelled.

"If you exceeded the speed limit, you get a ticket in the post.

"The Guards aren't being given the equipment and the resources to do the job properly."

"Whereas the cameras will do 70% of the people who are speeding".

Another listener, Mairead, believes people will slow down if they're more likely to be caught.

"The experience in Tipperary has been that it has reduced the number of people speeding.

"And the same in the UK, where it has been used more extensively, the use of the average speed cameras has reduced the number of people speeding.

"And it has a huge effect on the number of accidents and fatalities on the motorways.

"I think definitely we need more and better enforcement, and certainly the average speed cameras is one of the ways of doing that". 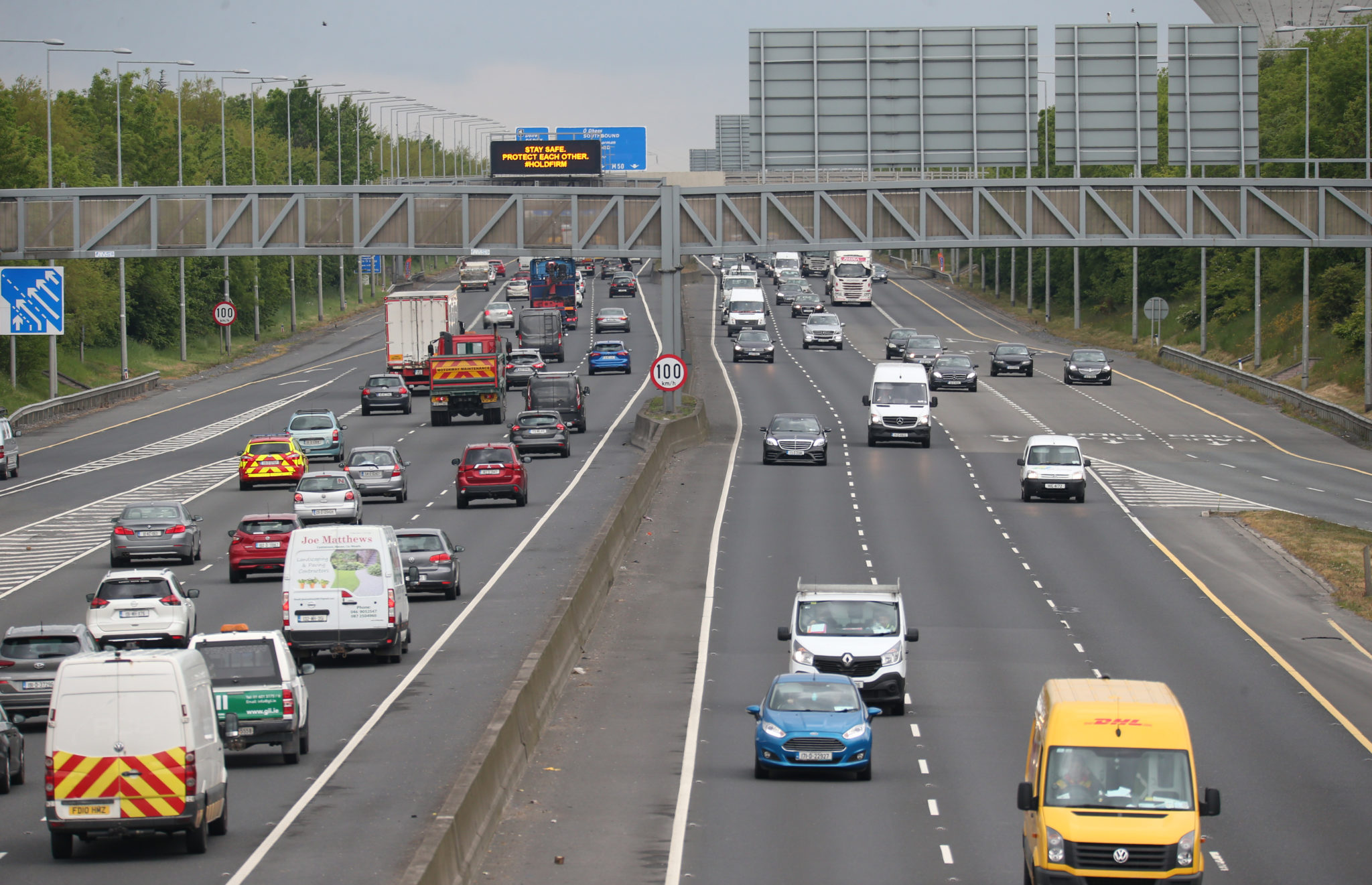 Traffic on the M50 motorway in Dublin in May 2020. Picture by: Leon Farrell/Rollingnews.ie

While Brian says he's against any move to broaden out the cameras.

"I can see the point of it in the [Dublin Port] tunnel... but I would be totally against what those other two people are saying.

"They Gardaí have long ceased to be Gardaí, they're not police.

"[They are] a little bit like the Guardia Civil in Spain - they're quite hostile to the public.

"I'm 74 years of age, I've been driving since I was about 14 actually unofficially.

"I got my licence later, but I've never had an accident.

"I've driven in may be 15 or 16 different countries... without an accident anywhere.

"But this business... where people are reduced to cogs in a big machine.

"Look at the big picture: OK we've got a certain number of people tragically killed... this is terrible, of course it is.

"If you reduce life to everybody being administered by an unseen artificial intelligence, it's just absolutely dreadful".

Main image: Speed cameras in an average speed check area are seen on a motorway in Britain in October 2017. Picture by: Clare Jackson / Alamy Stock Photo