Well over 100,000 people will receive their coronavirus vaccine this week, according to the head of the HSE.

According to the latest figures, just over 120,000 people in Ireland are now fully vaccinated, while nearly 206,000 have had their first dose.

On Newstalk Breakfast this morning, HSE Chief Executive Paul Reid said the country will be administering a million doses per month by April.

“We have been getting a supply of around 40,000 and vaccinating them straight away,” he said.

“So, we are beginning to see the scaling up and certainly, as we get into April, we are getting to levels of about one million a month – 250,000 a week [Sic] as we reach into April and May.”

Mr Reid said the country is in line to receive around 1.24 million doses in the first quarter of the year followed by around 308 million in the second.

He insisted that “once we get the supply we will deliver,” noting that up to now, around 95% of the vaccines that have arrived in have been administered. 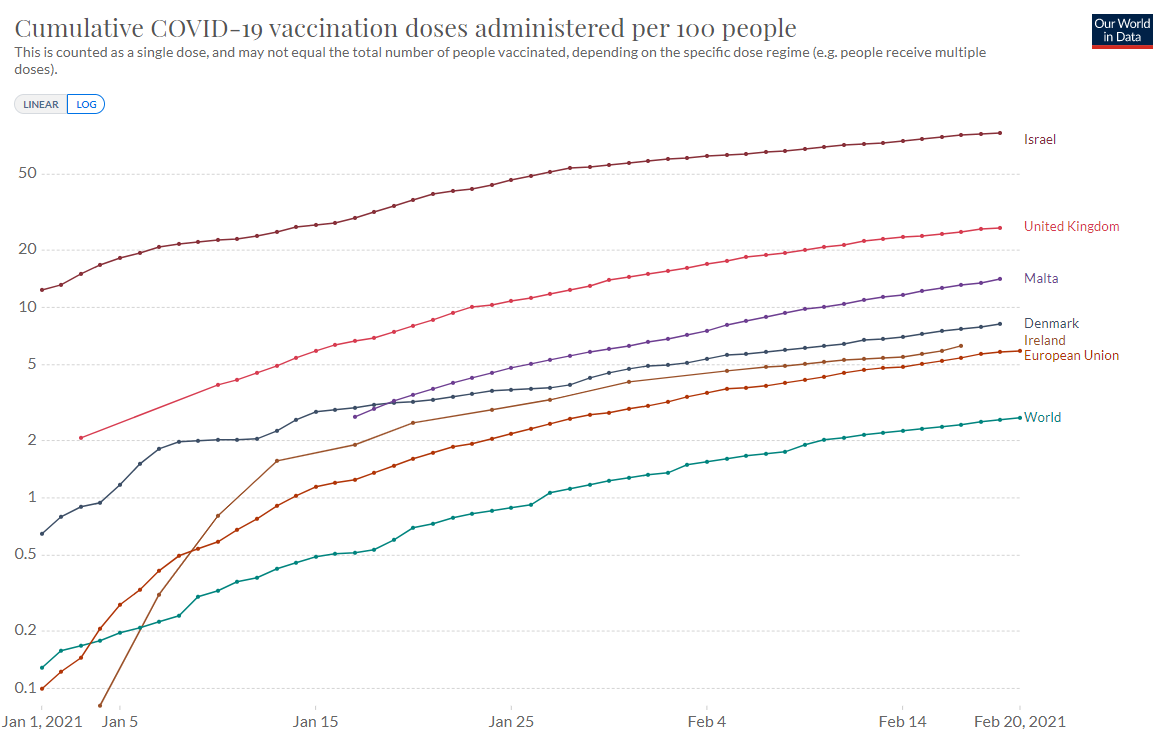 According to global data, Israel remains the world leader having administered a first dose to over half its population.

The UK has passed one-quarter while Malta is now at nearly 10%.

Ireland is currently 14th in the EU when it comes to vaccine administered per 100,000 people.

Mr Reid insisted Ireland is continuing to make “very good progress” against the virus, although case numbers have “kind of plateaued” in recent days.

“I do believe there are very strong compliance levels still amongst all of the public,” he said.

“We are certainly, I think, getting to that point where people are getting a little bit frustrated. Spring is coming, the weather is warming up and people want to get out and about so I do understand we are at a difficult point but I think people need to be reassured.

“We are making progress; it is beginning to get a bit stuck and we have to stick with it for the next while.”

He said there does appear to be a rise in cases among younger people but warned that, “from all the evidence we have, it is not about house parties.”

“That is a real risk factor still because of the transmission levels of this. So, it is a combination of that and the variant.”