We need to keep a “very close eye” on the numbers of people travelling to work and school as ...

We need to keep a “very close eye” on the numbers of people travelling to work and school as coronavirus cases rise, according to Trinity Professor Tomás Ryan.

It marks the highest total in nearly a month and followed what appeared to be a plateau where figure remained at around 500 or 600 for a number of weeks.

Last night, there were 366 people in hospital with the virus – a 3% increase on last Sunday. There were 82 people intensive care – down four on the week before.

Trinity Professor Tomás Ryan told Newstalk that the current restrictions are working well in some parts of the country – including Cork, Kerry, Kilkenny, Carlow and Leitrim.

He said officials need to find out why they are not so effective in other areas.

“We are getting cases down but for some reason, it is much less effective in some regions of Ireland,” he said.

“We need to be taking a very close look at what is going on in the regions where we are not seeing a sufficient drop in case numbers.

“How many of these counties have meat plants in them? How many of them have other high-risk work areas? How many have a large proportion of people who are going into work?”

Professor Ryan said the situation around schools also needs to be closely monitored.

“We also need to keep a very, very close eye on schools,” he said.

“Transmission does occur in schools; schools do contribute to community transmission so schools are only going to be as safe as the communities they are in – particularly with the new B117 British variant.

“So, we need to be very, very careful about how much the opening of schools is going to contribute to COVID-19 in Ireland in the next couple of weeks.” 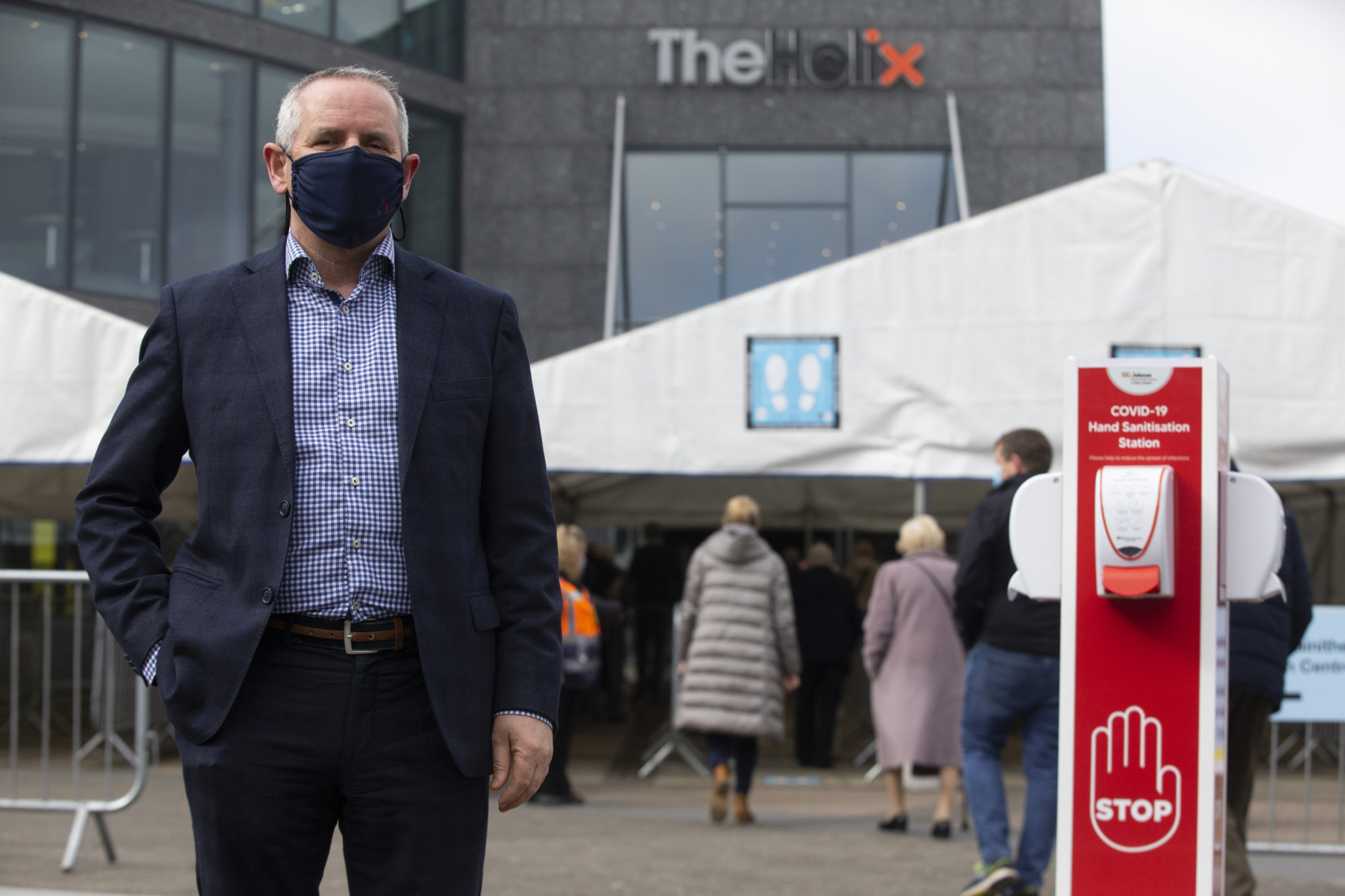 Yesterday, HSE chief Paul Reid told Newstalk that he was concerned about the increase in COVID-19 hospital admissions.

Meanwhile, mandatory hotel quarantine will be rolled out later this week for air passengers from 33 countries.

The deal with hotel group Tifco is expected to be finalised more than three weeks after the Government agreed the plan.

It has emerged that more than 34,000 people arrived in Ireland during that three-week period.