One campaigner has said safe cycling infrastructure is vital for Dublin's future.

Clara Clarke spoke to Newstalk reporter Henry McKean as part of Reimagining Ireland: a series examining some of the changes people would like to see across a range of areas in a post-pandemic Ireland.

Henry jumped on his fold-up bike and took a ride on the new Blackrock to Dún Laoghaire cycle path for The Hard Shoulder. 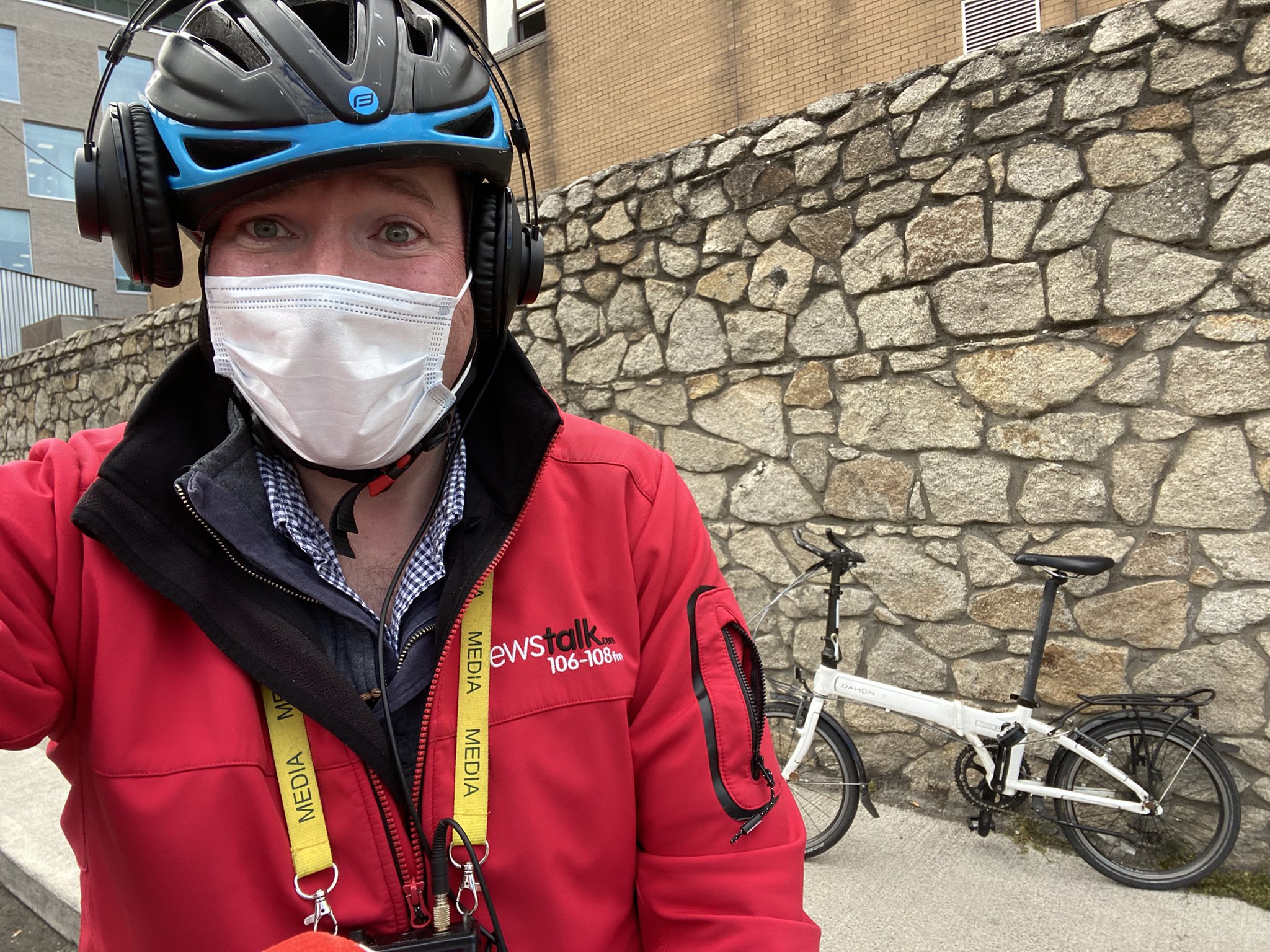 Henry and his fold-up bike. Picture by Henry McKean

He met experts who have re-designed the town of Blackrock, giving pedestrians and cyclists priority.

Clara is the Irish founder of 'Cycling Without Age' - which takes care home residents out for free, slow cycles.

"We have 32 of these, they're called trishaws, they've two seats in the front to take the passengers and the pilot pedals behind.

"We are also getting some community-based bikes - so in addition to ones in care homes, we'll have some based in the community where you can book online to take your relative out for a spin.

"Getting them out for a cycle to feel the wind in their hair and enjoy their neighbourhood is what it's all about.

"And what we need to do that is to have good, safe, cycling infrastructure".

Clara has been one of the campaigners for an 'S2S' - Sutton to Sandycove - cycleway.

"Dublin city is a bay city, and yet if you arrived in Dublin you would never see the sea or know it was a bay city.

"The idea was to have this 22 kilometre off-road cycling route around the bay, where people... could enjoy Dublin Bay - which is stunningly beautiful - and have a pollution free, sustainable, healthy activity to walk and cycle around.

"We have a fix for COVID, we have a vaccine - there is no fix for climate change.

"We have got to have sustainable transport; we need healthy, active travel - and cycling is just one of those ways.

Robert Burns is director of service for infrastructure and climate change at Dún Laoghaire-Rathdown County Council.

He said they have seen a spike in cycling.

"Approximately two weeks ago we counted, in one week, 22,000 cycling trips.

"Just to put that into context, that's compared to around 4,000 cycling trips per week before we had the cycling route.

"So that's a five or six-times increase."

Robert also said even the type of cyclist has changed.

"What's also remarkable about that is the nature, the diversity of the users. 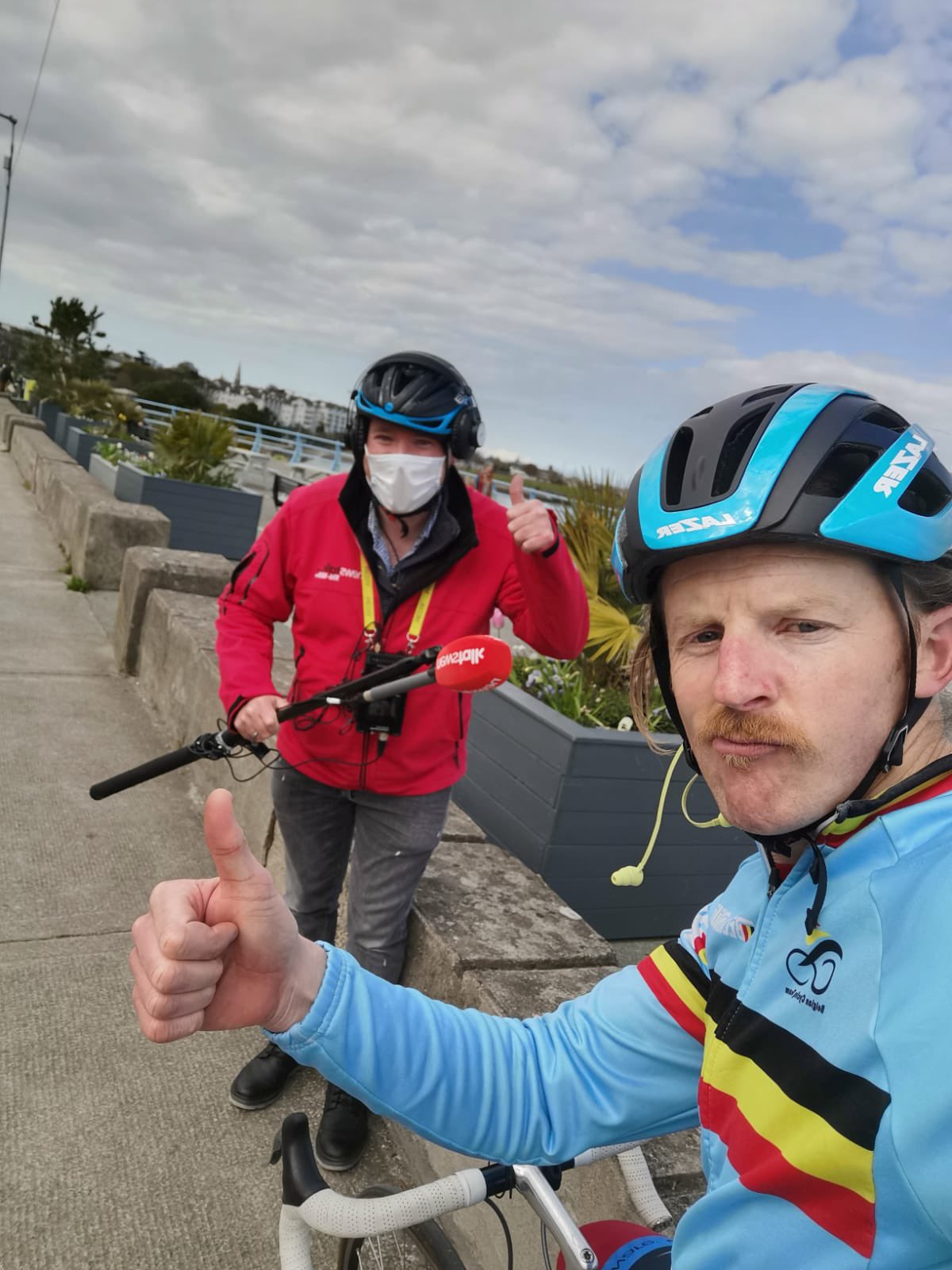 "So we're seeing children, older people, less confident women cycling - which you wouldn't normally see maybe on streets where you're mixing with traffic.

"So it has changed that very dramatically".

But he said he does not accept the 'car versus no car debate'.

"I actually don't agree with that way of framing the argument - that it's pedestrians and cyclists against the motorists.

"There's enough space there, I think we can design our streetscape and our roads to optimise use.

"And we should actually be encouraging people to walk and cycle if they can.

"But what we do find through research is that if it isn't safe and we don't provide the safe infrastructure,  they won't do it".

Teenager to stand trial in March for murder of Urantsetseg Tserendorj

Teenager to stand trial in March for murder of Urantsetseg Tserendorj