Iarnród Éireann say food and drink will likely not be served on its services until next year.

The company says this is because its current catering provider, Rail Gourmet, cannot get staff.

Last month, the company told Newstalk there would be no catering on trains for an "extended period of time".

Barry Kenny from Irish Rail told Lunchtime Live this could last into next year.

"In the short-term it's bad news.

"We've been working... with our catering provider to try and get the service restored since the mask requirement - which is what kept it off for quite some time - eased.

"Unfortunately Rail Gourmet, our provider, has said they're not in a position to resume the service - so the contract is being cancelled." 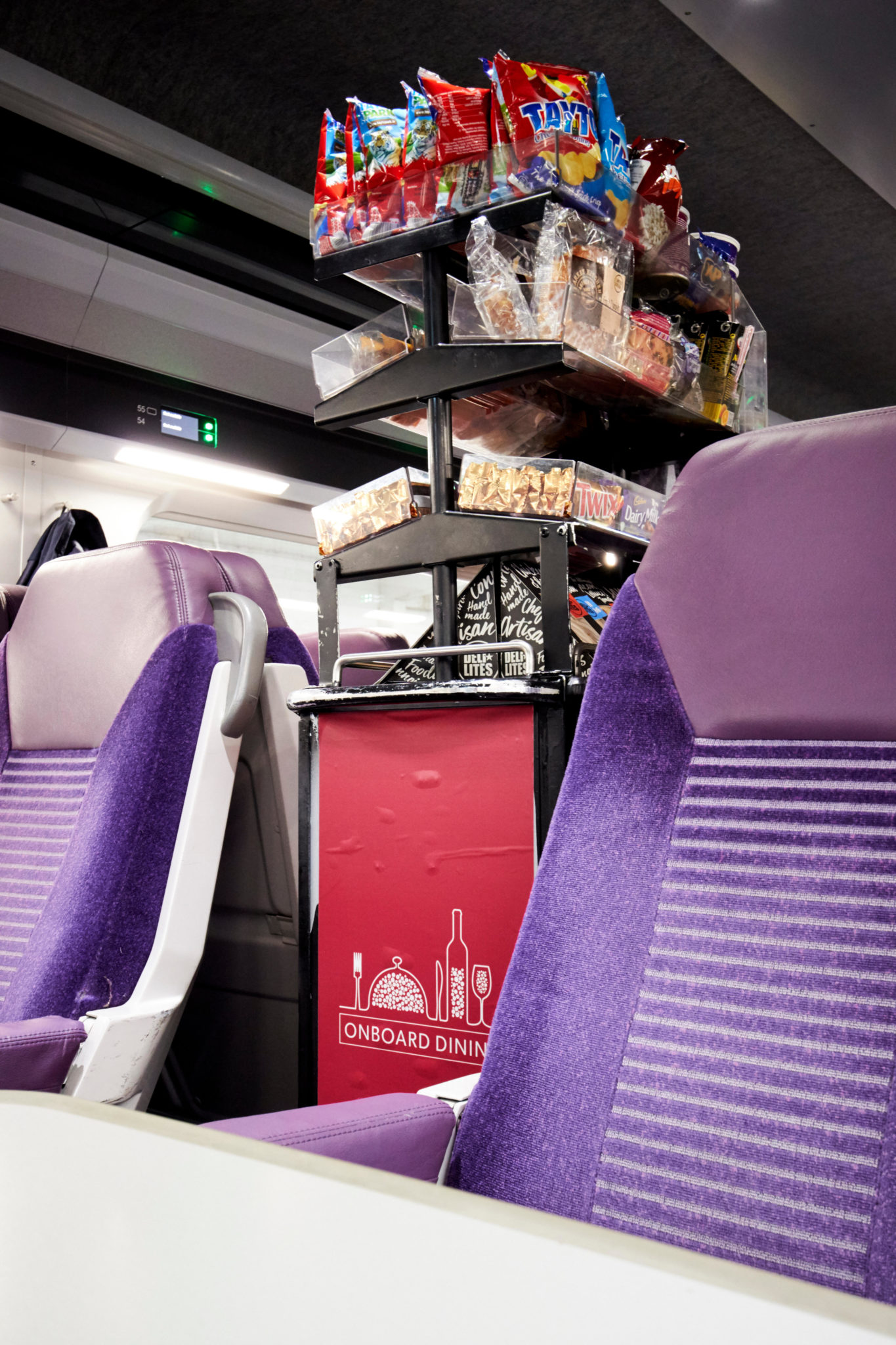 A food trolley cart is seen on the Enterprise train between Belfast and Dublin in March 2019. Picture by: Radharc Images / Alamy Stock Photo

The catering company told Irish Rail this was due to staff shortages on its side.

"It was very, very difficult to get the staff and they had cost issues - and so they advised us they just weren't in a position to continue the contract", Mr Kenny says.

He says they now have to go back to the drawing board.

"What that means is that we've to go back out to tender [and] that does take a bit of time.

"We are looking at a long gap, unfortunately, without onboard catering - being realistic, it probably will be the start of next year until its restored".

He says customers can still get food and drink in train stations.

"At a lot of our stations we do have catering facilities at the stations, particularly the busier ones, so that is there.

"In terms of onboard service... we'll do whatever we can to make the process as quickly as possible.

"Realistically, knowing the way a tender process for public bodies - and of course mobilisation of whoever is successful in that contract - we do have to be realistic and say it could be that length of time".

And he says they are working with their property teams to "improve or add" food and drink facilities in stations.

This could see some stations that do not have food and drink facilities getting them in the near future.

However some limited catering is still available on the Enterprise - Dublin to Belfast - train, as this is a separate contract.

Main image: A food trolley cart is seen on the Enterprise train between Belfast and Dublin in March 2019. Picture by: Radharc Images / Alamy Stock Photo