The Taoiseach has warned there is no Plan B if the programme for government is rejected this week...

The Taoiseach has warned there is no Plan B if the programme for government is rejected this week.

The memberships of Fianna Fáil, Fine Gael and the Green Party are continuing to vote on the programme today with a result expected on Friday.

The Green Party has the hardest task in front of it, with party rules requiring a two-thirds majority in order to enter government.

In an exclusive interview with Newstalk Political Correspondent Seán Defoe, Leo Varadkar said a rejection will lead to a “political crisis.”

“I know there are some people in my party who are counselling me and advising me to have a Plan B on the shelf, but I decided not to that because we entered these coalition talks in good faith with Fianna Fáil and the Greens,” he said. 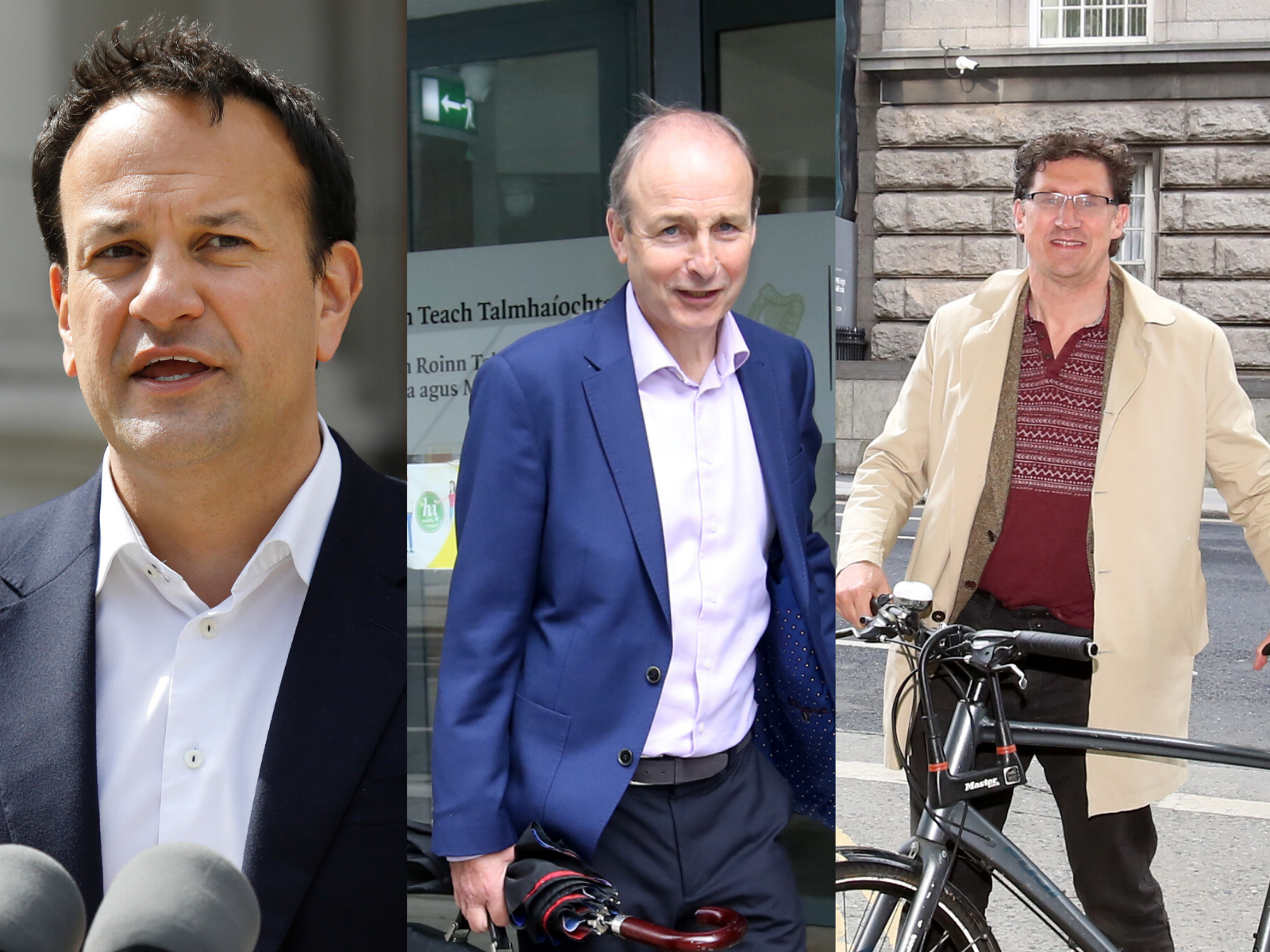 He said the proposed coalition offers an opportunity for a stable government that has "democratic legitimacy" and will last until 2025.

“The three parties together won 51% of the vote in the election," he said. "I know there is a party out there that thinks 24.5% is a majority – it’s not, 50 plus one is a majority and that is what we have.

“When I decided to enter those negotiations in good faith, I thought it would be an act of bad faith to have a Plan B on the shelf so we don’t have that and [rejection] will precipitate a political crisis quite frankly.

“If it is defeated, we will have to sit down over the weekend and see what the options are.”

He insisted his party was happy to return to opposition after the election but was forced to step up after Sinn Féin failed to form a government.

“Sinn Féin, despite their protestations, never really tried,” he said.

“They didn’t even come up with a framework document with the far-left. They voted for Mary Lou initially, but they couldn’t even agree a common policy among themselves.

“So, given that the opposition on the left were so incapable of delivering on any of the promises they made we felt […] we should step back in and this was our best attempt and perhaps only attempt to form a government.” 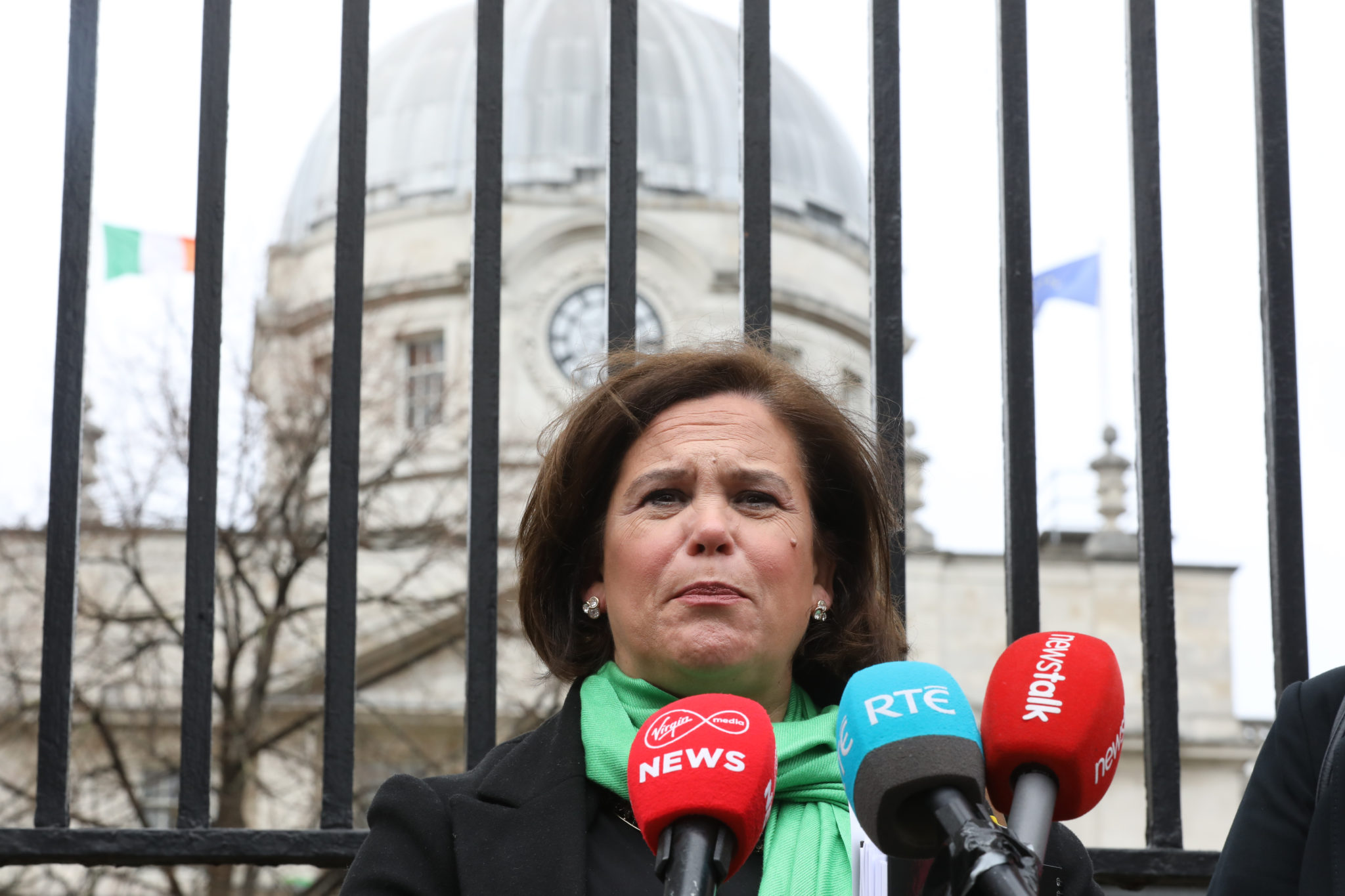 Mr Varadkar said he doesn't believe Sinn Féin would win a majority in any new election – but warned his party members that another vote could see Mary Lou McDonald’s party entering government with Fianna Fáil.

“No party has won a majority in my lifetime so I don’t think they would win a majority - but there is certainly a risk they could strengthen their position, gain seats and become by far and away the largest party,” he said.

“That is a real risk and we have to be wise to that.”

“But people also need to think of the counter factual. If, for example, the members of my party vote this down, we may end up pushing Fianna Fáil and Sinn Féin together and we could have them in government within weeks.”

He admitted some people in his party may view that a blessing in disguise but said he wouldn't view it as an achievement.

“I know there may be some people who think it would be a great thing for Sinn Fein to get into government, wreck the country and in five years’ time, the people will be sorry and vote for Fine Gael again,” he said.

“I don’t think that would be an achievement. I would rather make sure that doesn’t happen.”

Mr Varadkar said rural Ireland and the rural economy “will do well” out of the proposals in the programme for government and noted that it includes opportunities in commercial agriculture, tourism, energy and digital infrastructure.

He said there are no plans to cancel any road projects but admitted there may be arguments over the plans in the coming years – and noted that he hopes to see construction on the M20 motorway between Cork and Limerick to get underway during the lifetime of the government.

He said the Shannon LNG project may go ahead as a private project; however, he insisted it won’t have the backing of the government.

“That is really because it is largely going to be used to import gas, a lot of it fracked gas, and we have banned fracking in Ireland because it is bad for the environment,” he said.

"It would be a little hypocritical for us to then import it.

Friday was set as the deadline for the party votes because a government needs to be in place by Monday in order to renew the Offences Against the State Act which underpins the Special Criminal Court.

Mr Varadkar said it would be “legally and constitutionally possible” to form a short-term government just to pass the legislation but insisted it would need cross-party support and would be difficult to achieve.