The Minister for Health Minister has said people aged under 30 could be vaccinated against COVID-...

The Minister for Health Minister has said people aged under 30 could be vaccinated against COVID-19 earlier to reduce transmission of the virus.

Stephen Donnelly is proposing that people aged 18 to 30 would get their inoculations before those aged 30 to 50, once people in their 60s are vaccinated.

He told The Irish Times that he has asked the Department of Health to examine the possibility of revising the order of age cohorts.

It comes as some senior officials fear there will be a spike in cases among younger people once society begins to reopen.

There were 420 new cases of COVID-19 and of 11 additional related deaths confirmed in Ireland yesterday.

The median age among the new cases was 32 years old.

The CEO of the HSE said that he is not aware of any plans to change the vaccine priority list.

However, Paul Reid added that the health service is ready to make adjustments from the aged based system if asked to do so by Government.

Speaking to Newstalk Breakfast with Susan Keogh, Kingston Mills, Professor of Experimental Immunology at Trinity College Dublin, said changing the vaccination programme to move under-30s up the queue is a good idea.

He added that he had suggested the move previously.

"I made the suggestion three or four weeks ago and I have to say I was criticised by some of the public health doctors for saying it," Professor Mills stated.

"But I think it makes complete sense."

He thinks his initial comments about revising the age-based rollout were initially "misinterpreted".

"I was never saying don't vaccinate the older people first and the vulnerable, that absolutely has to be the first priority," he explained.

"But once you've done that, and vaccinated all the over-60-year-olds, which are the most vulnerable, and then anyone with underlying health conditions, then you move to those which are at the highest risk of infection, which are the under 30s." 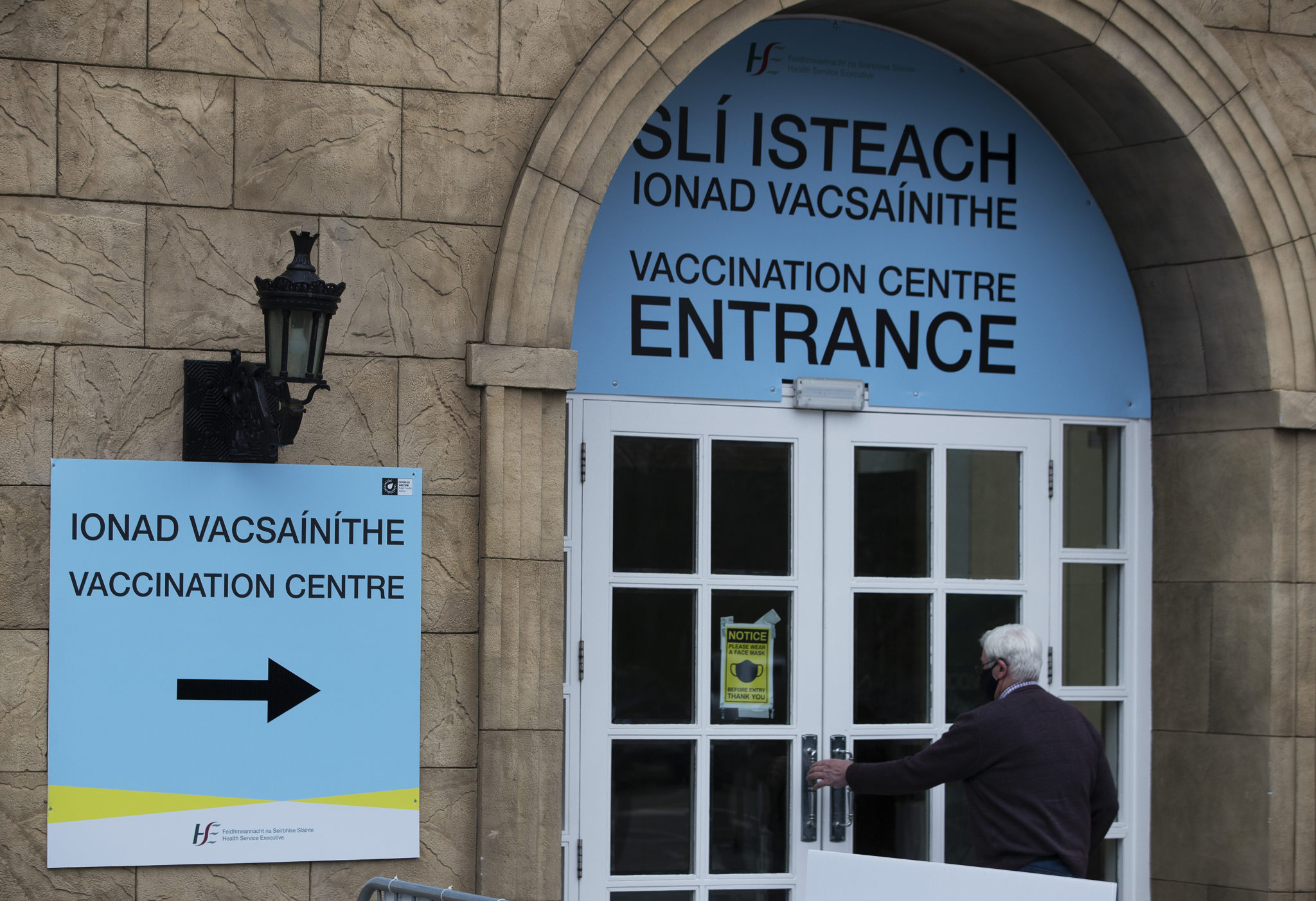 A view of the Citywest COVID-19 vaccination centre in Dublin. Credit: PA

Professor Mills said there are "two sides to this argument".

"First of all, the person who is 49 and is working from home, is not coming in contact with any other people and is very unlikely to get infected," he said.

"Versus a 25-year-old who is working in a meat factory or living in a high provision centre or in some other situation where they're at seriously high risk of becoming infected.

"You've already taken care of the death rate by vaccinating the over-60s and those that have the underlying medical conditions.

"I would never, ever suggest that the vulnerable shouldn't be immunised first.

"It is about immunising now, once you've immunised the vulnerable, those who are at risk of getting the infection, and those are the people who are in the high-risk jobs, even people in the retail sectors that are at high risk who are 25 than somebody who is working from home who is 49."

EMA gives green light to use of Pfizer's COVID-19 pill