Use of robots not a threat to Irish jobs, firm says

A company that makes collaborative robots or 'cobots' has said they are not a threat to Irish jobs.

Universal Robots says this is because they are doing jobs nobody else wants to do, such as lifting boxes, and they also need to be operated.

It held an event on Thursday in Dublin's Croke Park to give Irish manufacturers a first-hand appreciation and understanding for how cobots can transform the workplace.

Attendees got hands-on experience with the collaborative robots, and heard from industry experts about how they could offer businesses the opportunity to optimise production efficiency.

She said: "As conversation around cobots and automation develops, we at Universal Robots felt it incredibly important to give the Irish workforce the opportunity to experience our cobots and UR+ partners and see first-hand how they can complement the human workforce.

"Cobots are easy to program with no programming expertise needed for set up.

"Often it's a case of plug-in and operate via a tablet or by adjusting the cobot's arms.

"Unlike traditional industrial robots that take can weeks to be operational, a cobots can be part of the workforce in just a couple of hours."

Collaborative robots or ‘cobots’ are not a threat to Irish jobs according to Universal Robots.

The company which makes the devices says they’re only doing jobs nobody else wants to do, such as lifting boxes. pic.twitter.com/yt5S92Cc4Y

But she also admitted it may take time before such automation catches on.

"While still a very new concept in Ireland, the addition of cobots across our other territories in the US and Europe details that cobots can improve efficiencies and lower costs.

"Cobots have the potential to mitigate dangerous tasks from humans when humans and cobots are working together allowing humans to focus on innovation." 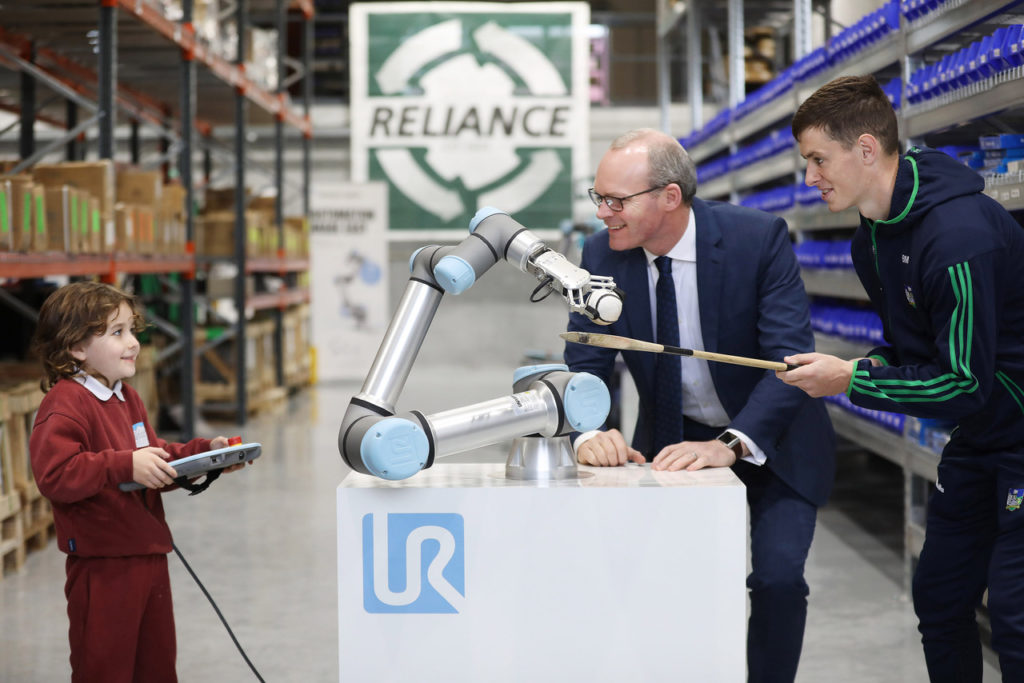 Some employers have suggested jobs could actually be put at-risk if Irish manufacturers do not catch up with robotics.

There are currently just over 150 cobots in the Irish workforce - mainly used in manufacturing, construction and healthcare.