The US and South Korea have announced plans to end large-scale war games. The annual Key Resolve ...

The US and South Korea have announced plans to end large-scale war games.

The annual Key Resolve and Foal Eagle exercises have long been a source of tension between the two countries and North Korea.

Kim Jong Un's regime has claimed the military exercises are preparation for an invasion.

The latest development comes only days after the latest summit between Donald Trump and Kim Jong Un ended without a deal on denuclearisation.

Talks collapsed amid apparent disagreements over which sanctions would be removed in return for North Korea committing to dismantling nuclear sites.

In a statement on Saturday, US officials said the games will now end in a bid to "reduce tension and support our diplomatic efforts to achieve complete denuclearisation of the Korean Peninsula".

It follows a phone call between South Korea's national defence minister Jeong Kyeong-doo and the US acting secretary of defence Patrick Shanahan. 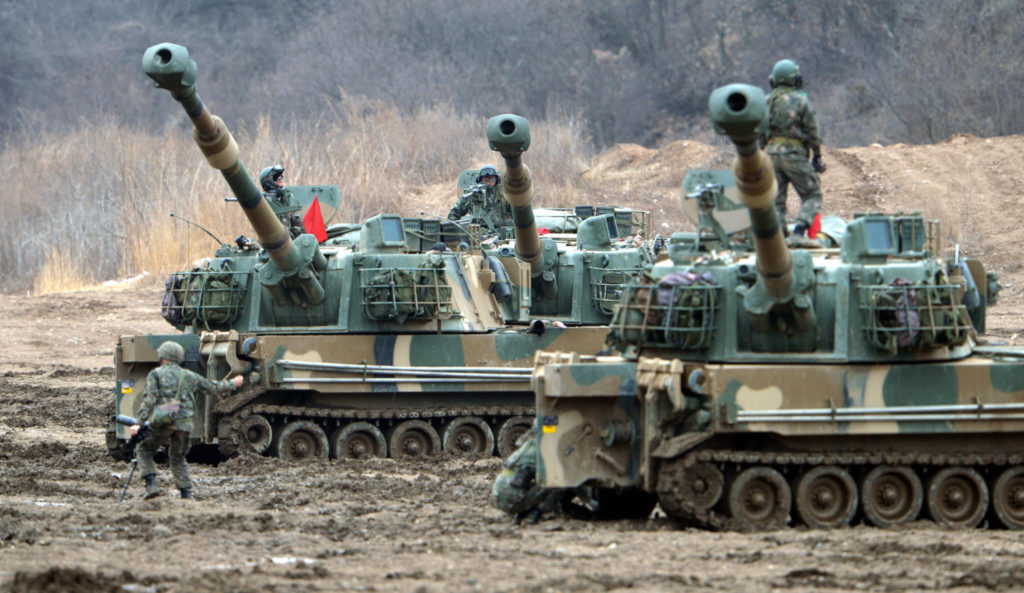 The US state department said: "The Minister and Secretary reaffirmed their commitment to ensuring the continued combined defence posture of US-[Republic of Korea] combined forces to meet any security challenge.

The Key Resolve / Foal Eagle war games typically represent the largest joint military exercise between the US and South Korea, with thousands of troops taking part.

One anonymous US official told the Washington Post a "newer, scaled-back" operation will now be held in March, involving a "computer exercise".

Donald Trump has previously criticised the cost of the annual war games.

Speaking after meeting Kim Jong Un earlier this week, he claimed: "We spent hundreds of millions of dollars on those exercises, and I hated to see it.

"Look, you know, exercising is fun and it’s nice and they play the war games. And I’m not saying it’s not necessary, because at some levels it is, but at other levels it’s not. But it’s a very, very expensive thing. "

The US suspended the war games last year, later saying they'd be scaled down in the future.

Tens of thousands of US troops remain stationed in South Korea.

Shane Kearney arrives back in Ireland