US says it is ready for 'serious negotiations' with Iran

The United States says it is ready to take part in "serious negotiations" with Iran as it insiste...

US says it is ready for 'serious negotiations' with Iran

The United States says it is ready to take part in "serious negotiations" with Iran as it insisted the killing of Iranian commander Qassem Soleimani was an act of self defence.

In a letter to the United Nations Security Council, the US also vowed to take additional action "as necessary" in the Middle East to protect its personnel and interests.

It comes after US President Donald Trump said Iran "appears to be standing down" from the brink of war after Tehran carried out missile strikes on two Iraqi bases housing US troops.

US Ambassador Kelly Craft told the UN that America stands "ready to engage without preconditions in serious negotiations with Iran, with the goal of preventing further endangerment of international peace and security or escalation by the Iranian regime".

She said that Soleimani's death, as well as US airstrikes in Iraq and Syria on December 29th against an Iran-backed militia group, were "in response to an escalating series of armed attacks in recent months by the Islamic Republic of Iran and Iran-supported militias on US forces and interests in the Middle East". 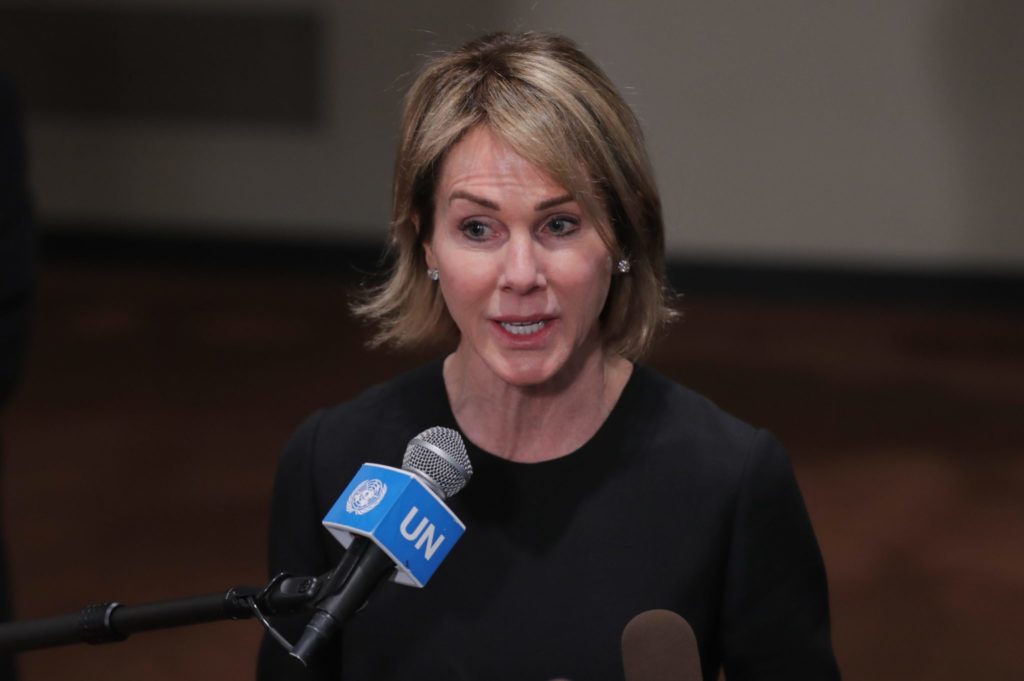 The killing of Soleimani in Iraq last Friday was justified under Article 51 of the UN Charter, Ms Craft wrote in the letter, which has been seen by the Reuters news agency.

Under Article 51, countries are required to "immediately report" to the 15-member UN Security Council any measures taken in exercising the right of self-defence.

Iran also justified its action under Article 51 in a separate letter to the UN Security Council on Wednesday.

Iran took & concluded proportionate measures in self-defense under Article 51 of UN Charter targeting base from which cowardly armed attack against our citizens & senior officials were launched.

We do not seek escalation or war, but will defend ourselves against any aggression.

Iran's UN Ambassador Majid Takht Ravanchi wrote that the country "does not seek escalation or war" after exercising its right to self-defence by taking a "measured and proportionate military response targeting an American air base in Iraq".

"The operation was precise and targeted military objectives thus leaving no collateral damage to civilians and civilian assets in the area," Mr Ravanchi wrote.

There were signs that the two sides were stepping back from the brink of a potential war following Iran's missile barrage which hit bases used by US and British troops in Iraq.

US officials said 15 missiles were fired, with 10 striking the Ain al-Asad base 100 miles west of Baghdad, one striking a base in Irbil in northern Iraq's semi-autonomous Kurdish region and four missing their targets.

No casualties were reported in the attacks, but in an apparent show of determination, Mr Trump insisted the US would impose economic sanctions on Iran that would remain in place until it "changes its behaviour".

The Iranian missile attacks were in response to the US decision to target Soleimani, who was killed in a US drone strike in Baghdad last Friday.