US citizens start to leave coronavirus-infected cruise ship in Japan

The US has evacuated some of its citizens from a cruise ship quarantined over coronavirus fears.

Two charter flights carrying some of the 380 Americans on board the Diamond Princess ship, moored at Yokohama Port near Tokyo, had left Japan for America on Sunday, the US State Department said.

Once back in the US, the repatriated passengers will have to spend another two weeks in quarantine at a US military facility.

Of the 3,500 people on board the ship, 355 have tested positive for COVID-19 - the disease caused by the coronavirus.

One US couple, Cheryl and Paul Molesky, filmed themselves boarding the flight after being kept inside their cabin for 12 days.

"Well we're exhausted but we're on the plane and that's a good feeling," Mrs Molesky said. 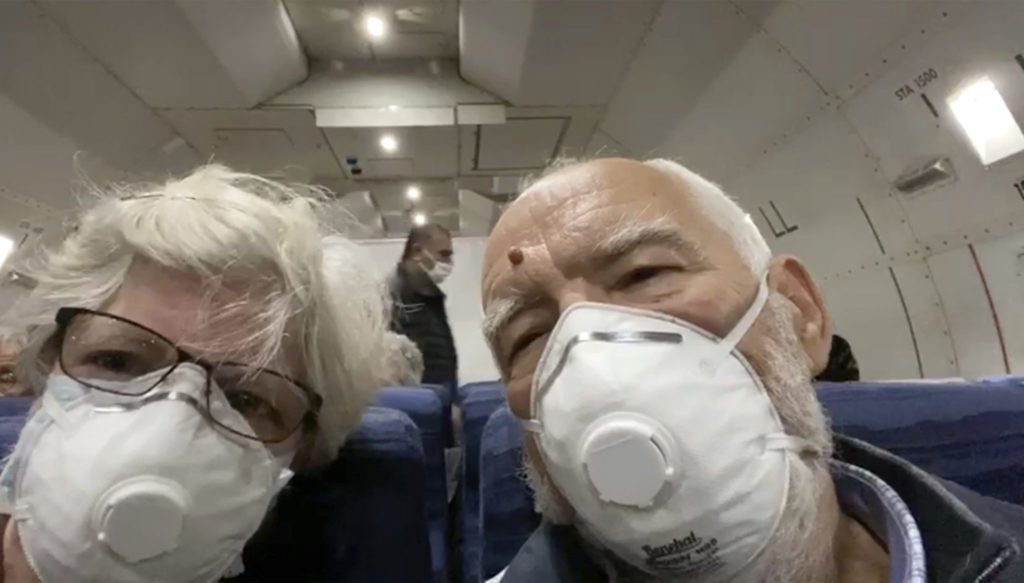 In this image from a video, Paul Molesky (right) and Cheryl Molesky film selfie video aboard a Kalitta Air plane bound for the US at Haneda Airport in Tokyo | Image: AP/Press Association Images

Her husband added they had spent "five hours on the bus, waiting to get off the bus" before boarding the flight.

Chinese authorities have said there were 2,048 new confirmed cases of the virus and 105 new deaths on Sunday in mainland China.

Taiwan has reported its first death from the virus, bringing the total number of deaths outside mainland China to five. 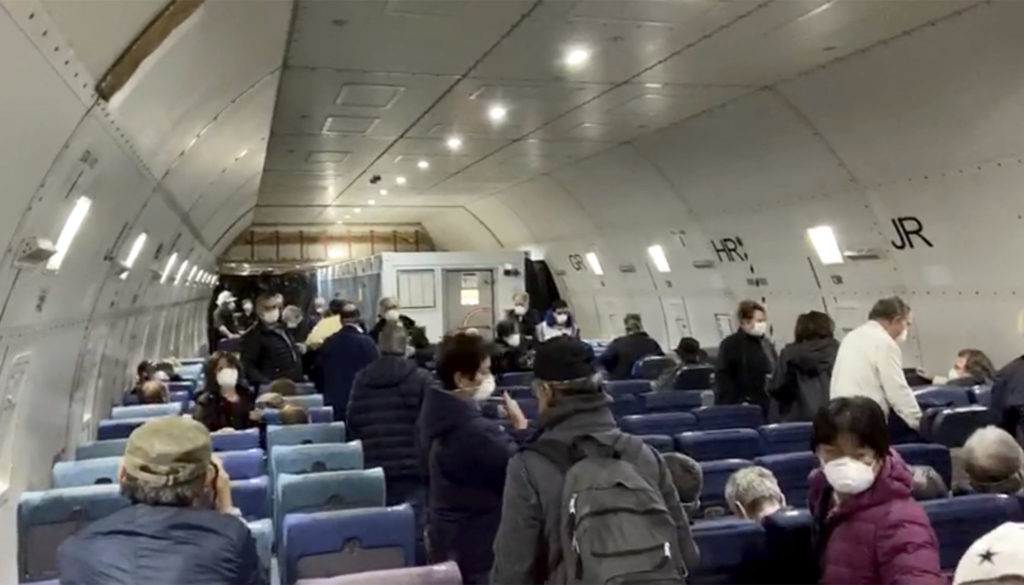 In this image from a video, US passengers who evacuated off the quarantined cruise ship the Diamond Princess board a Kalitta Air plane bound for the US at Haneda Airport in Tokyo | Image: AP/Press Association Images

Japanese Prime Minister Shinzo Abe has convened a meeting of experts to discuss how the virus can be contained in his country, after more than a dozens cases emerged in recent days without any obvious link to China.

China's President Xi has published a speech in Chinese official media in which he said that he had led the response to the outbreak from early in the crisis.

It comes as the death toll from COVID-19 hit more than 1,773, according to the Johns Hoskins Centre for Systems Science and Engineering.

So far there have been more than 71,000 suspected and confirmed cases of COVID-19, with many of the cases concentrated in mainland China. 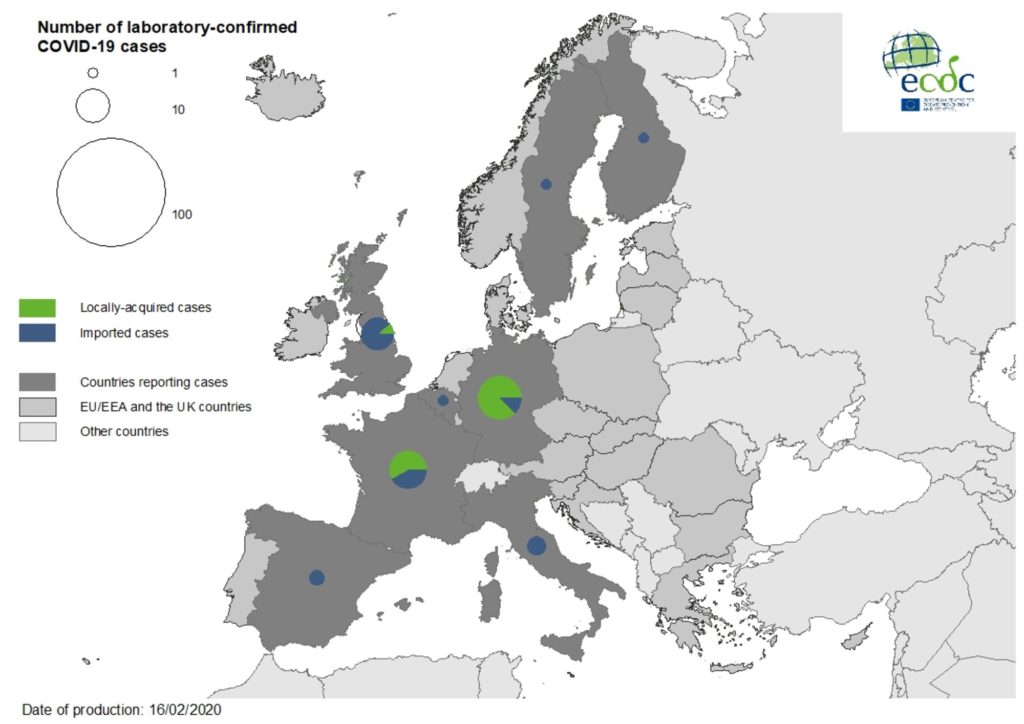 In Europe, there are 16 cases in Germany, 12 in France, nine cases in the United Kingdom, three cases in Italy, two in Spain and one case each in Belgium, Finland and Sweden.

One death has also been reported in France.