US President Donald Trump has declared a "national emergency" as his administration imposed sever...

US President Donald Trump has declared a "national emergency" as his administration imposed severe sanctions on Chinese telecoms giant, Huawei.

He signed an executive order which, while it did not name Huawei, bars US companies from using telecommunications equipment made by firms deemed to pose a national security risk.

It declares that threats to the information and communications technology and services supply chain by "foreign adversaries" are a national emergency.

The order prohibits transactions that involve information and communications technology or services designed, developed, manufactured, or supplied, by persons owned by, controlled by, or subject to the jurisdiction or direction of a "foreign adversary".

This would be determined when the US Secretary of Commerce Wilbur Ross "determines that a transaction would pose a threat to national security".

This determination would be based on consultations with the US Attorney-General and Secretaries of Treasury, State, Defence, Homeland Security and others.

The Department of Commerce has said it will issue regulations within 150 days to establish procedures for reviewing such transactions.

Hours later, the administration took further separate action as the US Commerce Department added Huawei and 70 affiliated companies to a blacklist - banning it from acquiring components and technology from US firms without government approval.

"Under President Trump's leadership, Americans will be able to trust that our data and infrastructure are secure".

Within one year of the order, the Secretary of Commerce and several other bodies will report to the president on whether the actions taken are sufficient. 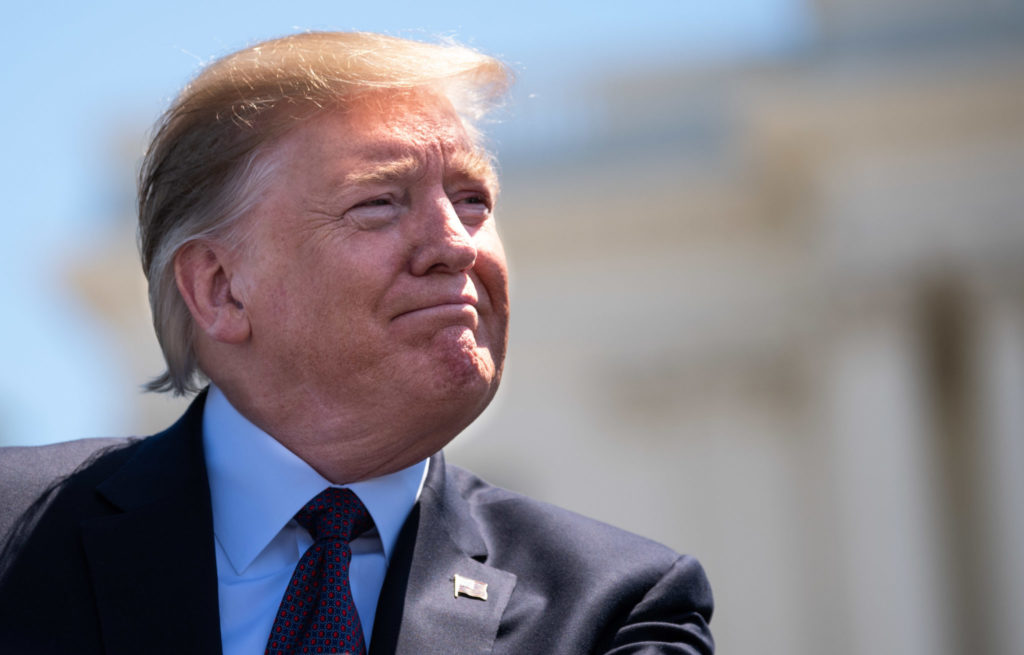 Kevin Wolf, a former trade official in the Obama administration, said Huawei would be the largest business ever subjected to such controls.

He said they would have "ripple effects through the entire global telecommunications network".

"Huawei affiliates all over the planet depend on US content to function and if they can't get the widget or part of the software update to keep functioning then those systems go down," Mr Wolf said.

US officials have previously labelled Huawei a threat and lobbied allies not to use its equipment in the development of new 5G mobile networks.

Huawei, which denies its products pose a security threat, said it was "ready and willing to engage with the US government and come up with effective measures to ensure product security".

A Chinese government spokesman said national security "should not be abused, and that it should not be used as a tool for trade protectionism".

He added: "China will take all the necessary measures to resolutely safeguard the legitimate rights of Chinese firms."

Huawei has attempted to calm security fears over its technology by offering to sign "non-spying" agreements.

While Huawei has always denied a link to espionage, it has a legal obligation to cooperate with China's intelligence agencies.

The company says information has never been requested about its customers from the Chinese state and its founder has insisted he would rather shut down Huawei than accept any request to collect intelligence via its systems.

The issue of trust in the firm's links to the Chinese government has become a wider issue for companies across China as the country's trade war with the US escalates.