Nearly 6,000 bags of rubbish have been collected by locals along roads in parts of Co Meath. It c...

Nearly 6,000 bags of rubbish have been collected by locals along roads in parts of Co Meath.

It comes after an initiative that has seen people from the local communities go out and clean up their streets.

Alan Nolan is the community warden with Meath County Council. He told Lunchtime Live he has a name for people who dump their waste.

"I have an expression for them, I call them UIFs: Uneducated, Ignorant Fools is what they are.

"And that's what we find - they don't care - and the scary thing about this is we're finding a lot of beer bottles, spirit bottles.

"It's absolutely frightening the amount of beer cans and bottles that we're finding on the road side".

Uptake 'beyond our wildest dreams'

Mr Nolan said they are getting more and more calls from people who were walking in their local area.

"Paint a picture of walking 5km, and for every one of them steps you're taking there's a bag of rubbish beside you.

"I'd say we've broken the 5km barrier now, even this morning.

"We were getting quite a few complaints in... where people were driving down the road they'd never see rubbish on the side of the road until they start walking.

"We set up the idea of 'we'll supply the litter pickers, the gloves, the bags, the high-vis jackets and if you want to do a stretch of road within your five kilometers we'll help you'. We'll give you the equipment and we'll also pick the rubbish up off you when you have it done.

"It was absolutely beyond our wildest dreams, the amount of people - we've 170+ groups at the minute and it's growing week-on-week".

Mr Nolan said people in other counties have also reached out to him. 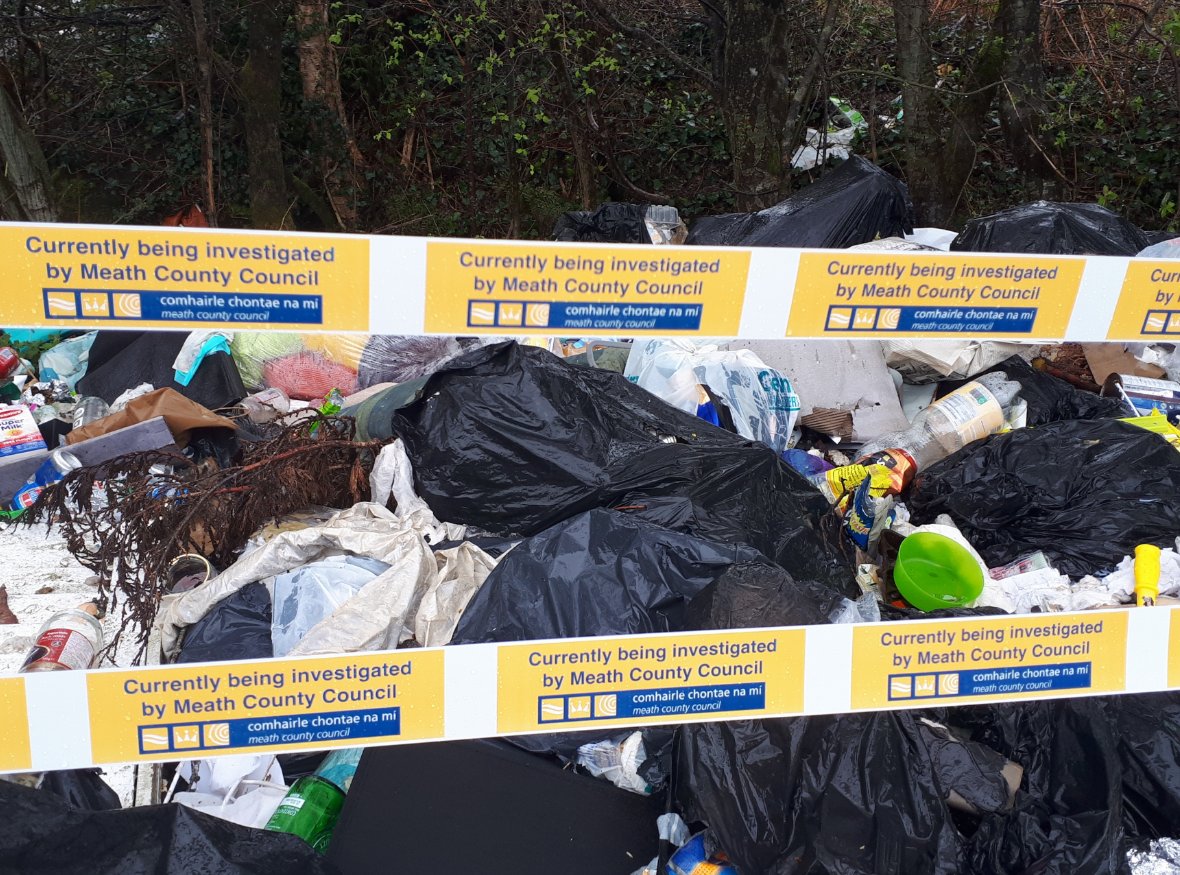 He said people who "don't have bins, they don't want bins, they won't pay for bins" are still dumping bags of household rubbish.

But he said they have issued warnings and fines, with one person explaining his logic behind it.

"One guy came back to me and I had five pieces of evidence from three bags of rubbish that he left and I said 'I'm going to ring this guy and see what's going on'.

"He apologised to me - he said 'I used to bring them to work and put them into the skip and I'm now not working'.

"So I said 'Why don't you get a bin?' and he said 'Well I've never had a bin' - so he obviously thought it was OK for him to go into the countryside and dump it for us to pick up, which is absolutely complete and utter ridiculous".

And Mr Nolan said his workload has increased since the start of the pandemic.

"[On a] normal Monday, probably around 11 o'clock when all the calls start to be logged, you can have anything from five to 12 calls.

"Now we could have anything from 12 to 18 calls on a Monday.

"People are reporting it, but we find an awful lot more rubbish - we are finding huge quantities of rubbish that are being dumped."

He said this is also down to people advertising illegally on social media and other platforms to take rubbish away.

"They're doing this, they're illegally doing it - people don't realise when they contact these guys they say 'We'll take away 10 bags of rubbish, it's only €20', there's something wrong when it's only €20.

He said an easy way to check this is on the National Waste Collection Permit Office (NWCPO) website, where people can verify if people or companies hold such permits.

"Go in, check 'John Smith', if he's not on that register he's not legal, don't employ him.

Main image: Dumping is seen near Asbourne, Co Meath in 2018. Picture by @meathcoco on Twitter