The UN Security Council is meeting today as the conflict between Israel and Hamas intensifies. At...

The UN Security Council is meeting today as the conflict between Israel and Hamas intensifies.

At least 174 Palestinians and ten Israelis have been killed since the violence erupted on Monday.

At least 23 people were killed by an Israeli airstrike overnight, Gaza's health ministry has said, in the deadliest single attack since the start of heavy fighting nearly a week ago.

Rescuers raced to pull survivors and bodies from the rubble of three flattened buildings after the attack in Gaza City, which also left 50 wounded.

It came after Israel targeted the home of the most senior Hamas leader in Gaza as Prime Minister Benjamin Netanyahu vowed to push on "forcefully" with a week-long offensive against Palestinian militants despite growing concern about civilian deaths.

The Israeli military said it had struck the residence of Yehiyeh Sinwar, who is likely in hiding. Since 2017, he has headed the political and military wings of Hamas, which controls the Palestinian enclave.

One of the attacks yesterday saw a tower block in Gaza that housed international media raised to the ground by an Israeli airstrike. 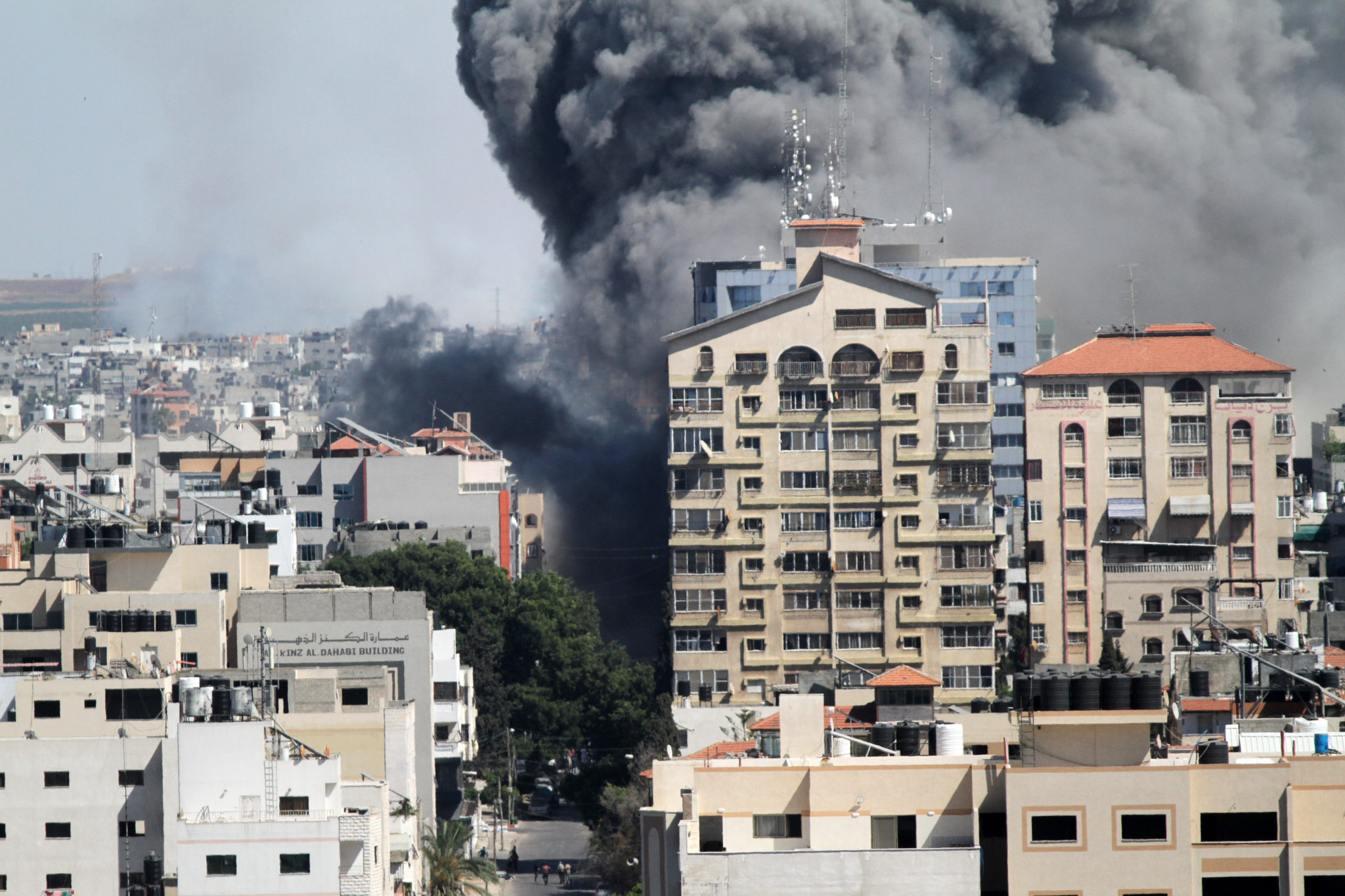 Smoke billows following an Israeli airstrike on Jala Tower, which housed offices of Al-Jazeera TV and Associated Press as well as residential apartments, in Gaza City. Photo by Rizek Abdeljawad/Xinhua

The Foreign Affairs Minister Simon Coveney says the killing of children is not acceptable and Ireland will "speak forcefully" at the UN Security Council.

Speaking to Newstalk Breakfast with Susan Keogh, Middle East Correspondent with the Independent Bel Trew have an update on the conflict ahead of today's meeting.

"There has been quite heavy bombardment of central Gaza last night by Israeli forces according to the Gaza health ministry," she explained.

"Basically what we're looking at is intensified violence by both sides.

She said that there have not been many public statements from Hamas about the conflict, but in the past, they have positioned themselves as pledging to respond to strikes against them with similar retaliations.

"They have offered a kind of ceasefire which was rejected by Israel, I was in briefings yesterday with top Israeli air force generals who also gave the impression that they're not done yet," Ms Trew added.

"There is a feeling from the Israeli side that red lines have been crossed, particularly with the barrage of rockets at Jerusalem, with that extraordinary scene on Tuesday night of the huge amounts of rockets over Tel Aviv, so for them, they want to take out Hamas' capabilities to produce those rockets.

"Unfortunately Gaza is extremely heavily populated, there are two million people living in a 40-kilometre strip of land, it's not possible to not hit civilians so the collateral damage means civilian deaths and injuries is still going to be increasing."

Ms Trew also said she is not sure much will be achieved at the UN Security Council meeting today.

She stated: "I'm not sure what we can expect from that meeting, there's a fierce fight in the Security Council itself.

"There's hope that there will be strong statements released but they may also be vetoed by several members within the Council.

"So for the moment, we're not sure what is going to happen but I know a lot of Palestinians and a lot of Israeli citizens who are also living under heavy rocket fire are hoping that this might move towards a process that could see some sort of truce or ceasefire or peace deal."