A senior United Nations envoy has said tangible steps "can and must be taken" to urgently reverse...

A senior United Nations envoy has said tangible steps "can and must be taken" to urgently reverse the "negative trajectory" of the Palestinian-Israeli conflict.

He said a regional escalation is looming.

"I am afraid that I must begin this month's briefing to the council by focusing on the rising specter of violence in the West Bank and Gaza and the threat of a regional escalation.

"Both are happening against the backdrop of the complete political deadlock of the Middle East peace process and the lack of any perspective to revive it."

He said that unilateral moves on the ground, terror attacks and a multitude of other factors risk creating "an explosive mix" that can only be resolved through strong leadership returning to the table for "meaningful negotiations towards a sustainable and just peace".

Mr Mladenov, who briefed the council via video from Jerusalem, said there is a need for "a leadership that can stand up to extremists and radicals and uphold what the international community, the Security Council and the region have said so many times - that lasting peace can only be based on the idea that Israelis and Palestinians live side-by-side in peace, security and mutual recognition, as both peoples have a legitimate and historic right to their own statehood". 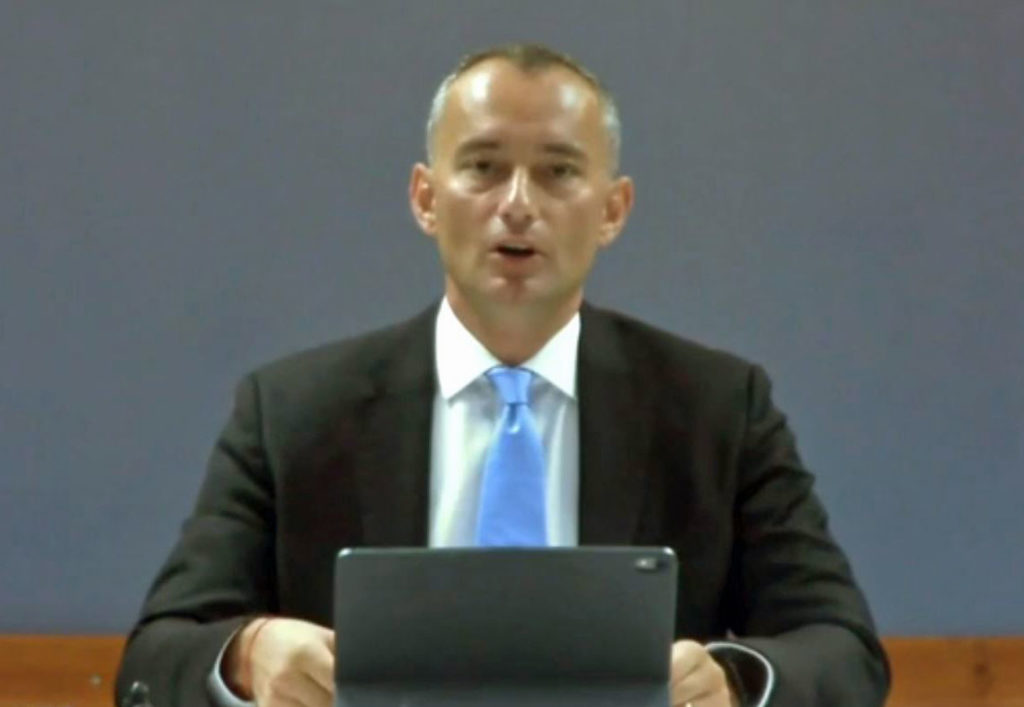 He added that straying from a framework based on UN resolutions and mutual agreements will lead to "inevitable radicalisation".

In the past month, there has been an increase of violent incidents - including settler-related offenses in the West Bank and continuing tensions in and around Gaza.

"I unequivocally condemn all attacks on Palestinian and Israeli civilians", he said - calling the attacks "cowardly and dangerous".

He also spoke of Israel's policy of destroying Palestinian property, which is incompatible "with its obligations under international humanitarian law."

He said the expansion of settlements not only has no legal effect and constitutes a flagrant violation of international law, but "undermines the chances for establishing a Palestinian state".

He said that despite the relative calm over the past two months, Gaza remains "very fragile as violent incidents continue".

Meanwhile, weekly protests at the perimeter fence continued with some violence.

Mr Mladenov said: "Israel must calibrate its use of force and use lethal force only as a last resort, and only in response to imminent threats of death or serious injury.

"Hamas must prevent the indiscriminate launching of rockets and mortars towards Israel", and ensure that "protests at the fence remain peaceful and prevent provocations".

A lack of medical resources has also prompted the UN envoy to "raise the alarm on the deteriorating situation in the health sector in Gaza".

According to the World Health Organisation (WHO), in July 49% of essential medications and 26% of medical disposables were reported to be at less than one-month supply at Gaza's Central Drug Store.

"Doctors highlighted the scarcity of cancer drugs in Gaza and the unpredictable referral system for treatment outside Gaza as serious challenges" Mr Mladenov said, adding that the UN is committed "to working with all parties, including donors, to "prevent a health crisis in the Gaza Strip".

Over the past month Israel continued to impose movement and access constraints on UN national staff and international non-governmental organisations (NGOs) in Gaza, meaning they could not to leave the Strip.

"Israel must significantly improve the movement and access of goods and people to and from Gaza as a step towards the lifting of the closures, in line with Security Council resolution 1860 (2009)", he added.