Your ultimate guide to Japan for Rugby World Cup 2019 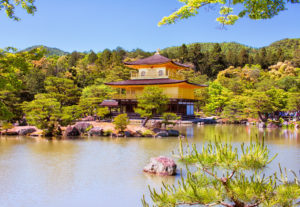 Japan is gearing up for an exciting two years of sport. With Rugby World Cup 2019 finally kicking off this week and it’s playing host to the Olympics in 2020.

Whether you have visited Japan before or not, there is always something new to discover - in between the matches, of course! So if you are making the trip this year, bring our handy guide along with you to make sure you’re making the most out of your trip!

If you’re going for the full tournament or even just part of it, you have probably wondered what the weather will be like and should you be packing for all eventualities? The short answer is no.

The weather in Japan throughout the tournament is likely to be more pleasant and more predictable than Autumn at home.

With the heavy humid weather of the summer lifting in Japan, the remainder of September is set to be mostly dry with average daytime temperatures of 27-29 degrees celsius, dropping to around 21 degrees celsius at night.

October across Japan tends to be one of its most pleasant months to visit, with comfortable daytime temperatures of 21-23 degrees celsius, lowering to a moderate 15 degrees celsius for the nights.

The tournament finishes right at the beginning of November but for anyone staying on a little longer to explore, you can expect similar temperatures to what we have in Ireland at the moment, around 15-18 degrees celsius.

Throughout the tournament, the chances of rain remain around 30% for the daytime so if you throw in your best Ireland hat and poncho, you should be covered! 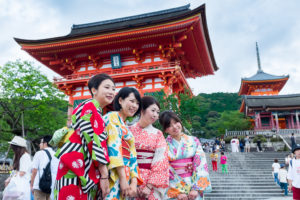 You might have read on some travel websites about Japan’s somewhat curious reputation as a cash-based society. However, in recent years, this has begun to change.

For the most part, you will be able to pay with card in most larger stores, mid-higher end restaurants, train stations and supermarkets.

That being said, if you are travelling to different cities and towns for matches, you might not always be closest to one of these larger outlets so it’s a good idea to mix your spending money between cash and card so you don’t find yourself stuck.

It’s also wise to have your cash prior to leaving for Japan because not all ATMs around the country will accept cards issued outside Japan. If you do find yourself needing to withdraw cash, your safest bet is to look for the closest post office or SevenEleven supermarket. Both of these offer ATM services for international cards with competitive exchange rates. Of course, there may also be a service charge for using these machines so be sure to read the small print!

We are spoiled in Europe when it comes to using our mobile phone allowances and data while travelling at no additional cost. Sadly, it’s not the same when you travel as far afield as Japan.

Fear not though, there are still lots of options for internet access available.

The best option if you want regular access is to rent a personal hotspot when you arrive at the airport. It’s relatively inexpensive, you can connect multiple devices at once and you’ll get service everywhere that has mobile phone network, which is basically everywhere in Japan. The devices are small and battery-powered so you can pop them into your bag or pocket for travelling on the trains or buses as well.

If you’re happy to take the free route and have intermittent internet access, most hotels and ryokan will have in-room or lobby WiFi available to guests at no additional charge. There are also a number of free WiFi hotspots available across Japan that you can connect to. You can download an app to your phone called ‘Japan connected free WiFi’ to automatically register yourself for access to over 150,000 free hotspots around the country. 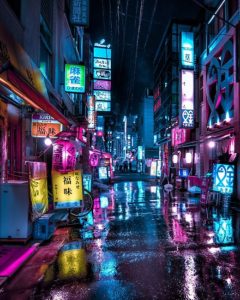 Naturally, the most common language in Japan is Japanese. English is taught in most schools but locals are generally more comfortable using translation apps on their phones to converse in English. Of course, as you’d expect, English will be heard more commonly in larger cities, like Tokyo and Osaka.

In terms of getting around, most travel signs have both English and Japanese on them and tour guides or hotel staff are generally bilingual.

However, it’s always polite to learn some key phrases you can drop into conversation throughout your visit. We’ve gathered five handy phrases below:

Konninchiwa is the perfect way to say hello in both formal and informal settings in Japan so mastering this phrase will definitely be useful throughout your trip.

To use the full phrase would be considered quite formal so if you are in a more casual setting, it’s fine to just say “Arigatou” on its own. It’s also common to bow while saying this phrase, showing your gratitude.

If you don’t rent a personal hotspot, definitely learn off this phrase for when you are in cafes or stores and need to connect to the internet. “Arimasuka” on its own means “do you have” so you can also repurpose this phrase by replacing "WiFi” with whatever it is that you need.

If you don’t memorise this one, it’s really useful to have it pre-typed into the notes section of your phone so all you have to do is pop in the name of the desired destination and show it to your taxi driver/bus driver before you set off.

At the end of your day, you may wish to say goodnight to your hosts so the most formal way you can say this is “Oyasuminasai”. There is a more informal phrase - “oyasumi” - but in general, you should always choose the more formal option in Japanese if you are unsure which one to go with.

Regardless of the match results, one thing you are guaranteed not to be disappointed by in Japan is the food. Eating out in Japan is an experience and can be done very reasonably in terms of budget as well. The rule of thumb here is just to avoid eating in large hotels.

Unlike other countries you may have visited before, pictures on the menu is not a bad sign. It’s actually very common in Japan and helps to eliminate the language barrier in restaurants where English menus aren’t available.

Some of the most popular dishes among locals and visitors alike are as you might expect – sushi, noodle soups and rice bowls.If you are unsure where to eat, any of the local Izakaya (Japanese equivalent of gastropubs) should serve you well. These are casual and always offer a selection of great food and drinks to cater to everyone’s tastes.

If you have a food allergy, you should be aware not Japan does not list all of the same allergens on menus and labels that you would expect to see at home. It’s advisable to print out some cards in advance that detail your allergies in Japanese so you can show these to your servers in restaurants before ordering.

Tipping also isn’t commonplace in Japan, you might be glad to hear. In some circumstances, it can actually be seen as offensive to offer a tip so whether you are in a restaurant, bar or grabbing a taxi, it’s best not to offer a tip.

And that’s it, taking our handy guide on board, you should be all set for your trip to Japan. It really is a country like no other – seamlessly blending ancient history and traditions with modern life so be sure to soak it all up (in between cheering on the boys in green, of course!).