In Britain, the opposition Liberal Democrats and the Scottish National Party have joined forces t...

In Britain, the opposition Liberal Democrats and the Scottish National Party have joined forces to back a change in the law to try to trigger a general election in December.

British Prime Minister Boris Johnson has already proposed holding an election on December 12th, but needs two-thirds of the 650 Westminster MPs in parliament to back his plan in a House of Commons vote on Monday.

It will be his third attempt at getting support for the UK to go to the polls.

Most opposition parties, including the Lib Dems and SNP, have opposed the idea but two pro-remain parties signalled on Saturday evening they would back a December election if it was separated from Brexit legislation.

In a move that circumvents UK Labour's opposition, the Lib Dems and SNP are set to offer Mr Johnson an easier route to a snap poll, requiring just a simple majority in the Commons. 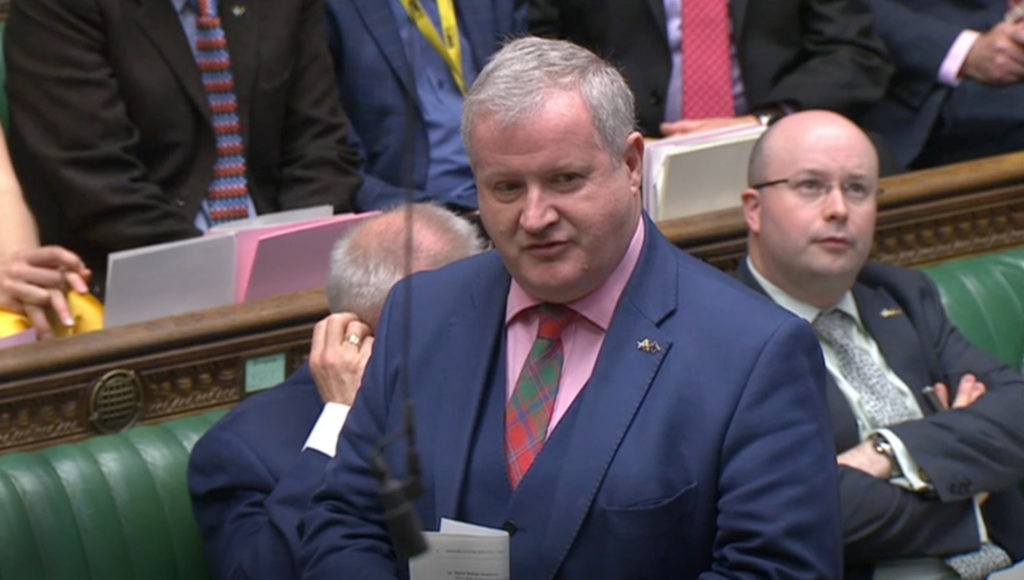 If the European Union gives the UK a Brexit extension until January 31st, as requested in Mr Johnson's letter to Brussels last week, the Lib Dems and SNP are prepared to give him the opportunity to have an election - but on new terms, not Mr Johnson's.

Ian Blackford, the SNP's Westminster leader, confirmed he had co-signed a letter with Lib Dem leader Jo Swinson to European Council President Donald Tusk - in which they sought an extension until January 31st at the earliest so that the "risk of a devastating no-deal Brexit" could be removed.

He said: "If that meaningful extension is secured we will then work together to bring forward an election this year - but on parliament's terms, not on the prime minister's.

"This is the only way to unlock what has become a deadlocked parliament and for the UK and the EU to move forward."

The two parties' MPs have drawn up a bill that would allow Mr Johnson to secure a December election with a simple majority of MPs, by-passing the need for two-thirds support.

The draft law would grant an election on December 9th.

The move indicates a split between opposition leaders on whether to go for a December campaign, with Labour putting off their decision on how to vote on Monday as they trail the Conservatives in opinion polls.

Jeremy Corbyn said he wanted to wait until EU ambassadors had finalised their decision, expected on Monday or Tuesday, over the length of an extension for Article 50.

Speaking on a campaign visit on Saturday, the UK Labour leader said: "We will be very happy to fight an election once all vestiges of a no-deal exit from the EU have been taken off the table."

Britain is due to leave the EU on October 31st, but parliament passed a bill forcing it to secure a delay to prevent the country from leaving without a deal to smooth the process.