An 86-year-old grandmother who was separated from her beloved dog while fleeing the Russian invasion in Ukraine has been reunited her in County Clare.

An 86-year-old grandmother who was separated from her beloved dog while fleeing the Russian invasion in Ukraine has been reunited her in County Clare.

Violetta was forced to leave her 13-year-old Labrador-cross Tasha in Romania while fleeing the violence with her son and his wife.

On Moncrieff this afternoon, Irishwoman Debbie Deegan described how she coordinated a massive effort across Europe to reunite Violetta her best friend – masterminding Tasha’s 12-day journey across 3,000km and seven borders. 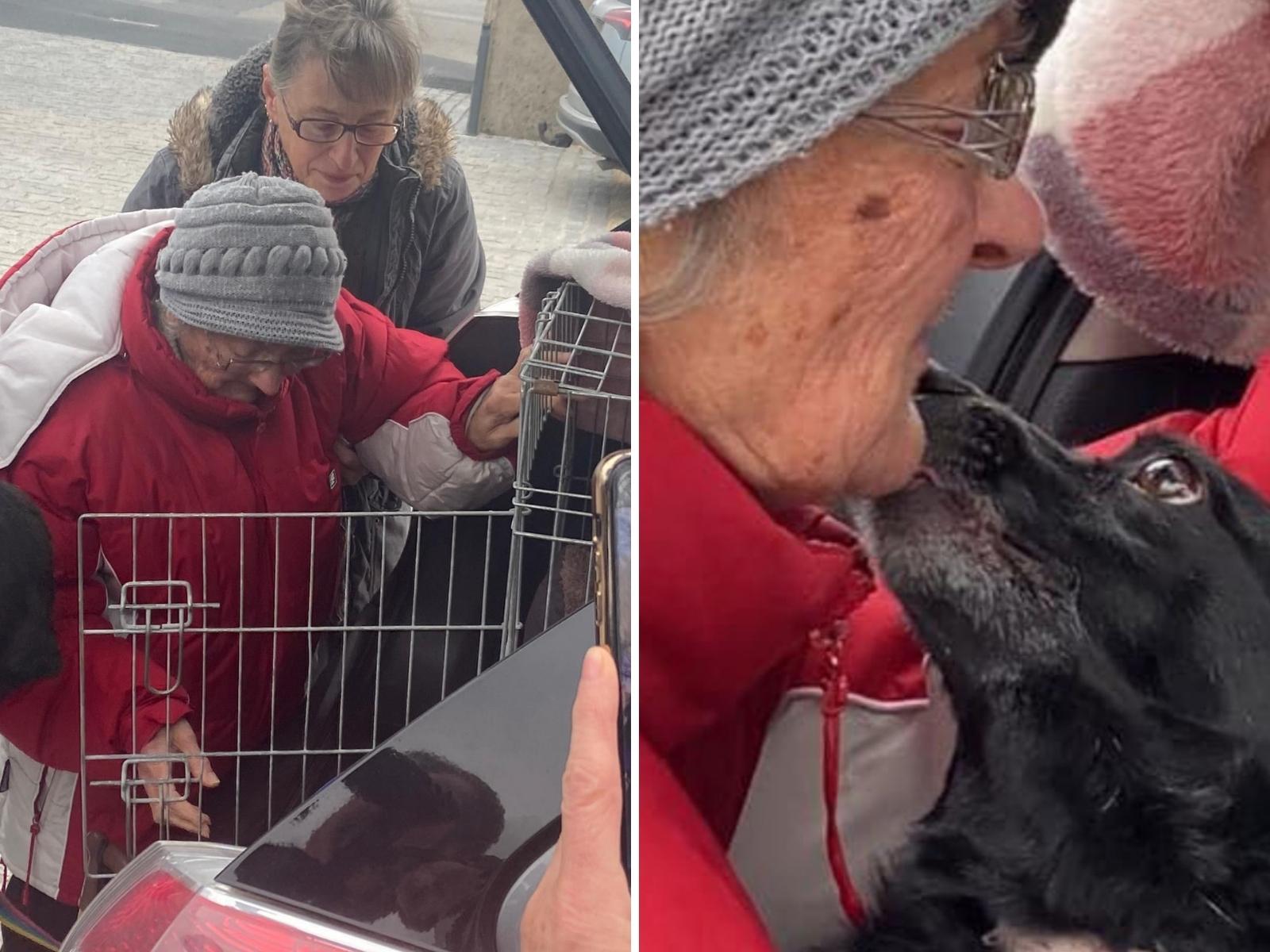 86-year-old grandmother Violetta is reunited with her best friend Tasha in County Clare.

She said it was a “really emotional moment” to see the pair finally reunited in County Clare this morning.

“Granny immediately started to cry and to be honest we were all blubbering when it happened,” she said. “It was so emotional.”

“I mean the dog has been through about ten borders at this stage. She had no idea who anyone was anywhere. She had four days in the back of the van in a cage. Her back was a bit sore but she’s grand. She’s perfect.

“When she saw granny she just completely lit up. All she started to do was this mad licking of Violetta’s face.

“The kisses were going back and forth and Violetta was just saying in Ukrainian, forgive me; forgive for leaving you behind. I had to leave you behind, I couldn’t do anything about it; I had no choice.

“She was trying to explain this to Tasha and we were all bawling crying. The whole lot of us were crying there watching and it was a really emotional moment. It was very, very emotional.

“We went back then to Violetta’s room and she was tucked up in the room with a blanket around her and the dog was just lying back in her arms. They were just inseparable. They really are best friends there’s no doubt about it. I don’t know how they ever separated them. They’re an inseparable pair.” 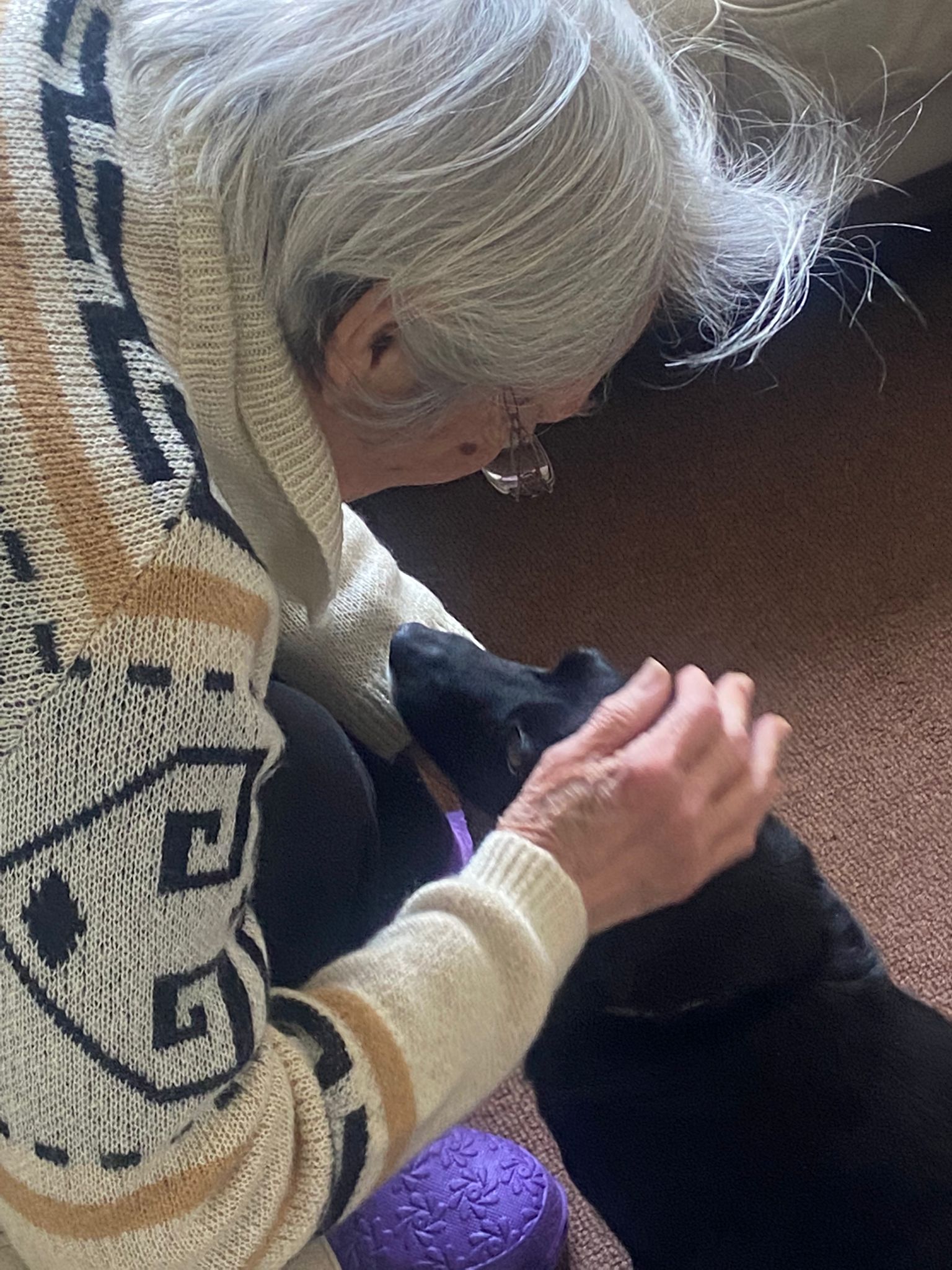 Debbie was able to help bring Tasha back to Ireland through contacts she has built up through her charity ‘To Children With Love’ – which spent 25 years helping children in orphanages and impoverished communities around Russia.

She said she was introduced to the family through her friend who called her and asked for help getting them out of Ukraine as the bombs started to fall.

“It was really tricky because granny was exhausted,” she said.

“They had come right through Ukraine on a train. They then got on a bus which took them into Moldova and they ended up in a field in the middle of the night in Moldova.

“They only had one suitcase with them and the dog. It was snowing; it was miserable. Granny is on a stick. She is gorgeous, she is frail, she is just the most gorgeous dote – but she was starting to lose the will at that stage.

“When they did eventually get through to Romania, they were on a train and they couldn’t manage granny. She actually wanted to lie down and she hadn’t the energy to walk.

“They were going to have to have the dog put down but granny considers the dog to be her best friend and they just couldn’t do it, so they ended up giving the dog to a family in Romania.”

“It was the old airport building and people were flooding off the flights at that stage,” she said. “Pale faces and a lot of single mums. Young girls pushing buggies, some with no buggies, others with dogs in their arms.

“It was the most horrendous scene actually, I have to say. It was just horrendous. People crying and the airport staff doing their best to cope with the numbers.” 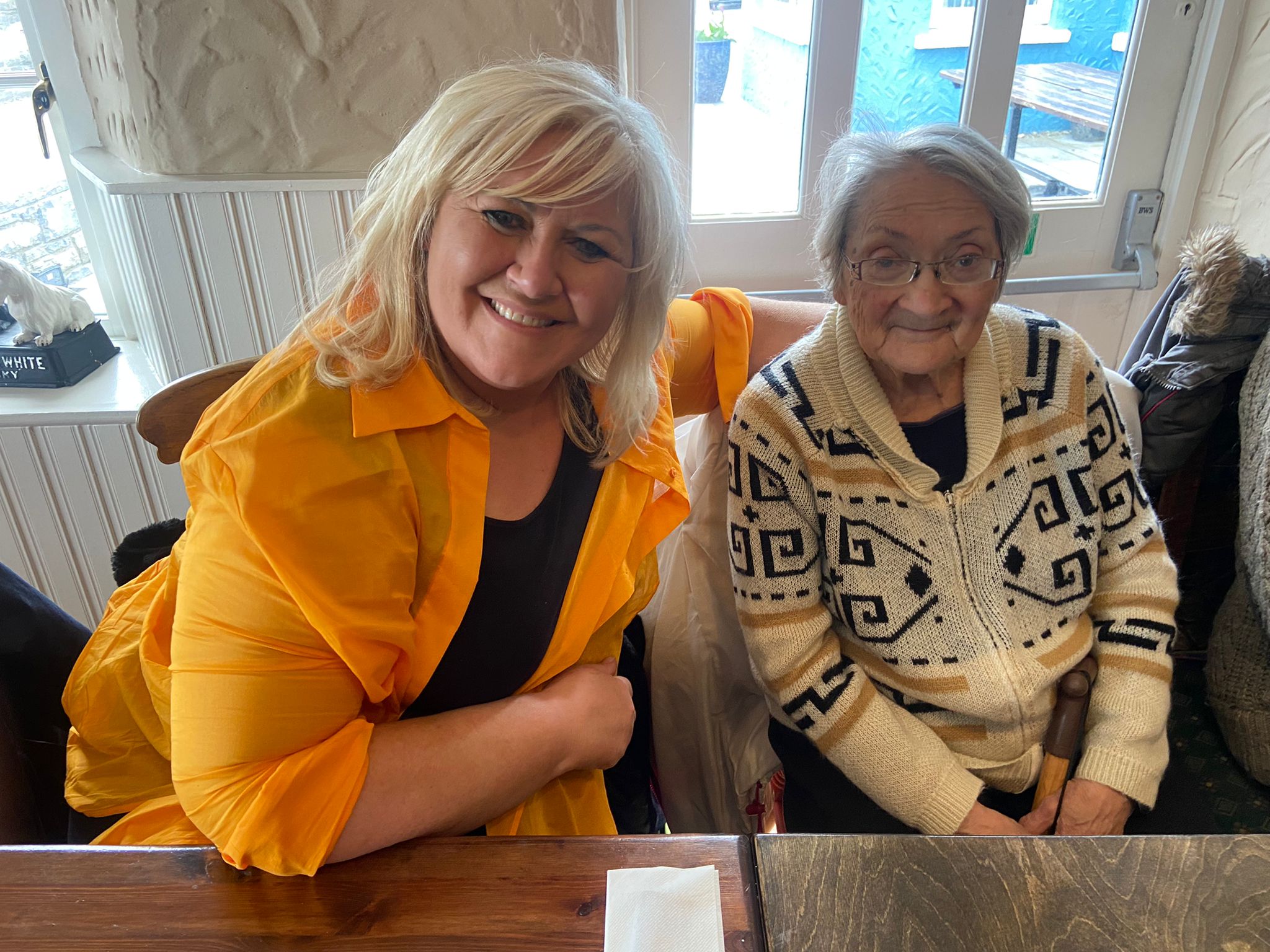 She said Violetta was crying about Tasha the moment she got off the plane.

“She was just telling me she had left her best friend behind and she couldn’t get over that,” she said.

“They were then put on a bus about five hours later to the west of Ireland and she didn’t recover really after that. She got worse every day and she was crying for Tasha. Then she had a turn last week and ended up in Galway Hospital being looked after by the most gorgeous people there.

“At that point, we told her the dog was on her way.

“Really, at Dublin Airport, I made the decision, that’s it I am going to find this dog and that’s what I set about doing.”

You can listen back to full tale on Moncrieff here: