Michel Barnier has said the EU is prepared to offer the UK a way to unilaterally remove itself from the bloc’s Customs Union as part of the Brexit Withdrawal Agreement - provided the backstop continues to apply to Northern Ireland.

Noting that the UK would not be “forced into customs union against its will,” he said the proposal would allow the UK to leave the union while maintaining all the other elements of the backstop to avoid a hard border in Ireland

4/5 EU commits to give UK the option to exit the Single Customs Territory unilaterally, while the other elements of the backstop must be maintained to avoid a hard border. UK will not be forced into customs union against its will.

5/5 The EU will continue working intensively over the coming days to ensure that the UK leaves the EU with an agreement.

The offer is similar to the original backstop proposal – which would see a joint UK/EU customs territory established in Northern Ireland.

That proposal was opposed by the DUP and sections of the Conservative Party who claimed it would create a border in the Irish Sea.

"It disrespects the constitutional and economic integrity of the United Kingdom," he said.

"This is an attempt to get ahead of a possible blame game and appear positive when in reality it is going backwards to something rejected a year ago.

"We need to work for a sensible deal which can work for everyone in Northern Ireland.  It is possible but there must be less intransigence in Brussels."

Meanwhile, the UK Brexit Secretary Steve Barclay said the UK had “put forward clear new proposals” and called for a “balanced solution that can work for both sides.”

With a very real deadline looming, now is not the time to rerun old arguments. The UK has put forward clear new proposals. We now need to agree a balanced solution that can work for both sides https://t.co/yN9ZuiVj1M

This afternoon, the Taoiseach Leo Varadkar meanwhile called on the UK Government to change its position and noted that a new poll published in The Irish Times had found that clear majority of people in Northern Ireland support the backstop.

"If they don't wish it to apply to Great Britain, that is their decision. 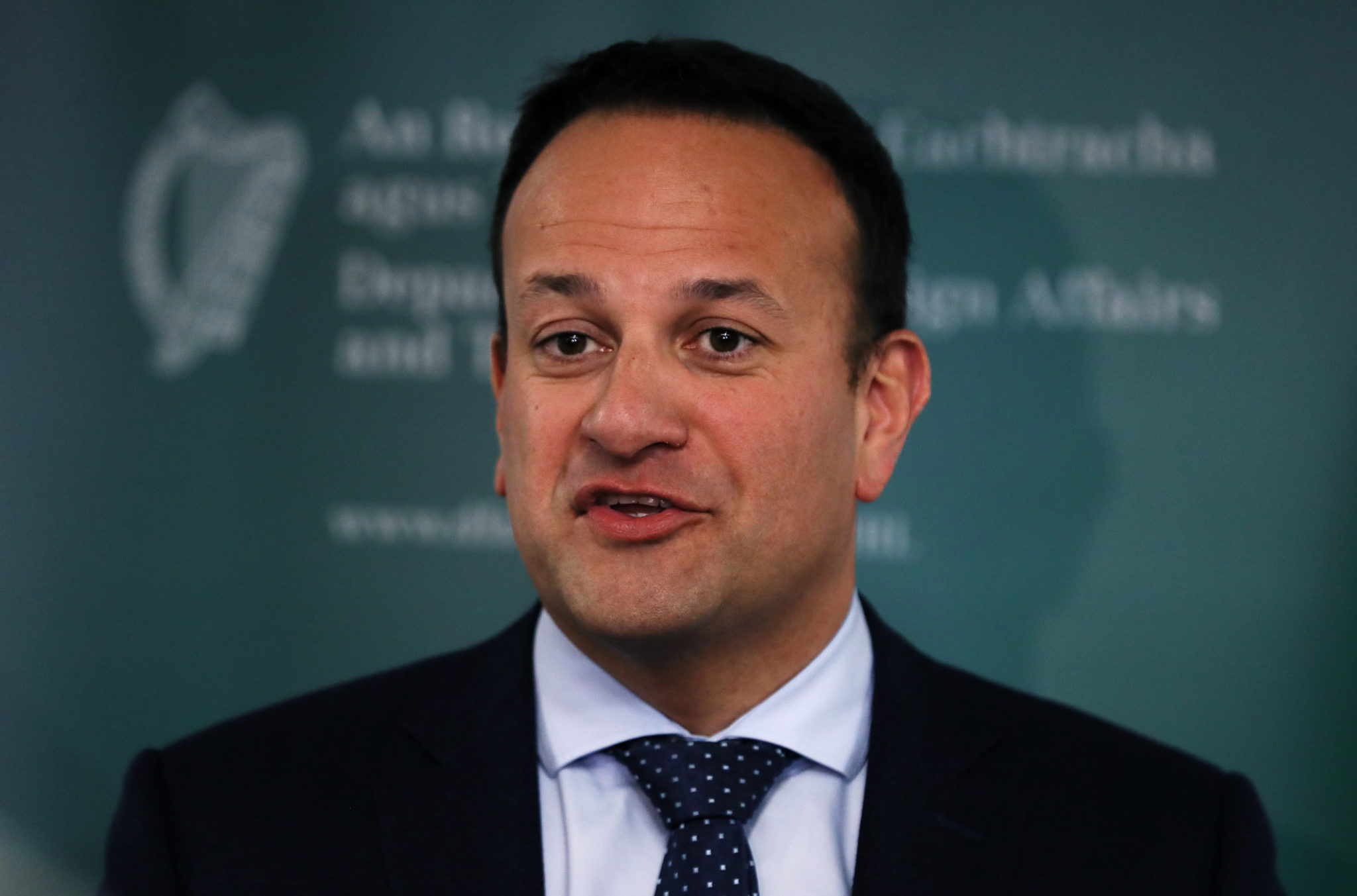 File photo of Taoiseach Leo Varadkar speaking to the media after a meeting with business representatives in Northern Ireland.

After Mr Barnier's tweet a Government spokesperson said: “These negotiations on the political declaration are taking place between Michel Barnier’s Taskforce and the UK."

"The Government welcomes the fact that Michel Barnier continues to stand up for the interests of the whole of the EU, including Ireland.

"The Taoiseach has repeatedly made clear that he would not oppose a backstop which is specific to Northern Ireland, if that is deemed helpful, but that would have to be a decision for the UK."

Mr Barnier tweeted the offer after briefing the EU27 Ambassadors and the European Parliament today on the ongoing talks with the UK.

He noted that the UK was already capable of winning “a proportionate suspension of its obligations under the backstop, as a last resort” if the arbitration panel finds that the EU has breached its obligation to negotiate alternative solutions to the backstop in good faith.

He said the EU was ready to give legal force to commitments made by the European Council president Donald Tusk and the European Commission President Jean Claude Juncker in January regarding the backstop.

He said this give the arbitration more power to judge whether the EU is working to implement alternative solution in good faith.

He  said the EU would continue to work intensively over the coming days to ensure the UK leaves the EU with an agreement.