Theresa May gathers ministers for crisis talks amid 'cabinet coup'

British Prime Minister Theresa May is holding crisis talks with her government ministers and seni...

Theresa May gathers ministers for crisis talks amid 'cabinet coup'

British Prime Minister Theresa May is holding crisis talks with her government ministers and senior MPs.

It comes amid a flurry of reports she could be forced from her position.

The UK's Sunday Times earlier reported 11 cabinet ministers had told them they want Mrs May to move aside and make way for a replacement.

Conservative backbencher Ann-Marie Trevelyan wrote: "We now need a leader who believes in our country and wants to take her on the next stage of her journey."

According to Buzzfeed, Mrs May was told to think about leaving office by several of her whips during a meeting, but she was "unmoved", refusing to believe it would make any difference to the deal.

And writing in the Sunday Telegraph, former Brexit secretary David Davis said leaving on World Trade Organisation terms looked "much better than the other options in front of us".

He said: "If parliament rejects the deal on offer, the prime minister has it in her power to deliver a WTO outcome. That is what she should do.

"And if some ministers resign as a result? That would be a pity, but there are always volunteers to replace every departure."

She has gathered the group at her Chequers country retreat as she deals with the ongoing Brexit crisis.

Both Mr Lidington and Mr Gove have been named as possible replacements for Mrs May is she goes.

But the British Chancellor of the Exchuquer, Philip Hammond, earlier warned MPs against ousting Mrs May. 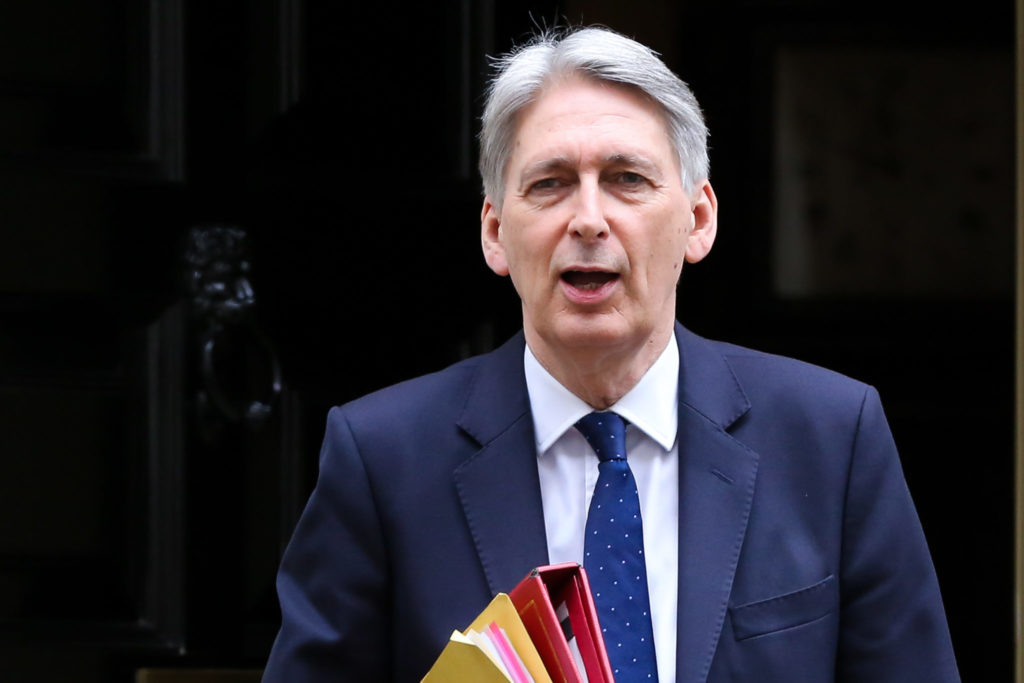 Mr Hammond branded conversations about replacing herr as "self-indulgent", with the UK having less than three weeks to come up with a Brexit solution or face leaving the bloc without a deal.

He said: "To be talking about changing the players on the board frankly is self-indulgent at this time."

"We've got to address the question of what type of Brexit is acceptable to parliament, what type of way forward parliament can agree on so that we can avoid what would be an economic catastrophe of a no-deal exit and also what would be a very big challenge to confidence in our political system if we didn't exit at all."

Mrs May has seen her Brexit deal defeated twice by MPs, forcing her to delay the UK's exit from the EU beyond March 29th.

She has indicated she may not bring her deal back to parliament for a third vote this week, if there is still not enough support for it.

Without approval for Mrs May's deal, Mr Hammond said the House of Commons would get so-called "indicative" votes on alternative Brexit outcomes this week "one way or another", as he failed to rule out a second EU referendum.

Despite the speculation over Mrs May's future and his own, Mr Lidington ruled out stepping into the top job, as he repeated his plea for MPs to finally support the Brexit deal.

He said: "I don't think I have any wish to take over from the PM, who is doing a fantastic job.

"There's one thing that working closely with the prime minister does, is cure you completely of any lingering shred of ambition to want to do that task.

"I have absolute admiration for the way she's going about it."

Mr Gove also dismissed suggestions he could replace Mrs May as he gave his backing to the prime minister.

He said: "It's not the time to change the captain of the ship.

"What we need to do is chart the right course and the prime minister has charted that right course by making sure we have a deal that honours the referendum mandate and which also allows us to leave in a way which means we can strengthen our economy and also take advantage of life outside the EU."

It comes as up to one million people marched through London on Saturday to demand a 'People's Vote', calling for the deal to be put to the people with the option to remain in the European Union.