History has been made in space, as two women have completed the first spacewalk together.

US astronauts Christina Koch and Jessica Meir ventured into the vacuum of space to replace a failed power controller on the International Space Station (ISS) on Friday.

Although it was the 221st spacewalk performed in support of space station assembly, it was the first to be conducted entirely by women.

It was also the first spacewalk for Astronaut Meir - she became the 15th woman to spacewalk.

NASA says the first all-woman spacewalk is "a milestone worth noting and celebrating" as the agency looks forward to putting the first woman and next man on the Moon by 2024.

"Our achievements provide inspiration to students around the world, proving that hard work can lead you to great heights, and all students should be able to see themselves in those achievements." 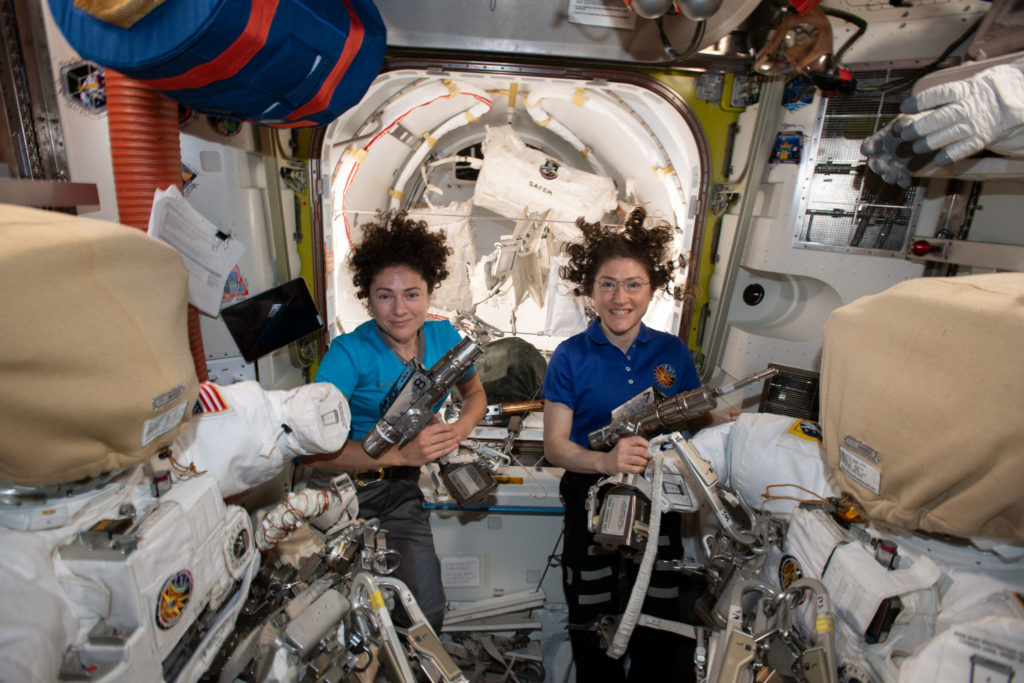 "In the past women haven't always been at the table.

"It's wonderful to be contributing to the space program at a time when all contributions are being accepted, when everyone has a role.

"That can lead in turn to increased chance for success.

"There are a lot of people who derive motivation from inspiring stories of people who look like them, and I think it's an important story to tell." 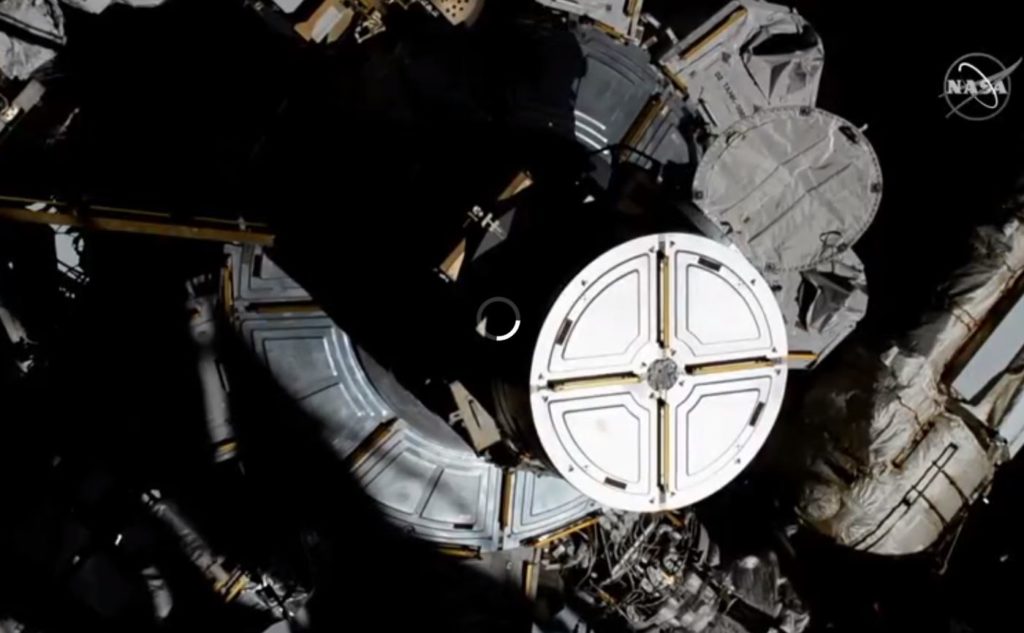 A view of the ISS spacewalk | Image: NASA

The all-woman spacewalk was not purposefully planned, NASA says.

But it says it was bound to happen eventually because of "the increasing number of female astronauts".

Koch and Meir's 2013 class of astronaut candidates was made up of 50% women.

NASA adds: "Spacewalk assignments are always made on the basis of which astronauts are best prepared to accomplish the tasks at hand under the conditions at the time.

"Spacewalks are not easy; astronauts typically describe them as the most physically challenging thing they do."