Two of the three people who left a mandatory quarantine hotel yesterday have now returned to the ...

Two of the three people who left a mandatory quarantine hotel yesterday have now returned to the facility.

In a separate incident, two more residents left the hotel - one has since returned and a search is ongoing for the other person.

The first people were brought to the facility from Dublin Airport less than two days ago after the new rules came into force on Friday.

It is understood Gardaí were called in by the Defence Forces liaison officer at the hotel near the airport yesterday afternoon.

The Department of Health said anyone who breaks quarantine faces a fine and jail time.

However, it refused to comment further, saying it would not discuss individual cases "in the interests of protecting confidentiality".

Frank Thornton, president of the Garda Representative Association, said it is inevitable that something like this would happen.

"Initially the commentary from the policymakers was that Gardaí would have a minimum input," he told Newstalk.

"Yet in the first 24 hours, our members were directly involved in this crisis management yesterday.

"It shows the impact and the additional burden being placed on our members is not always clearly understood by the legislation or the policymakers." 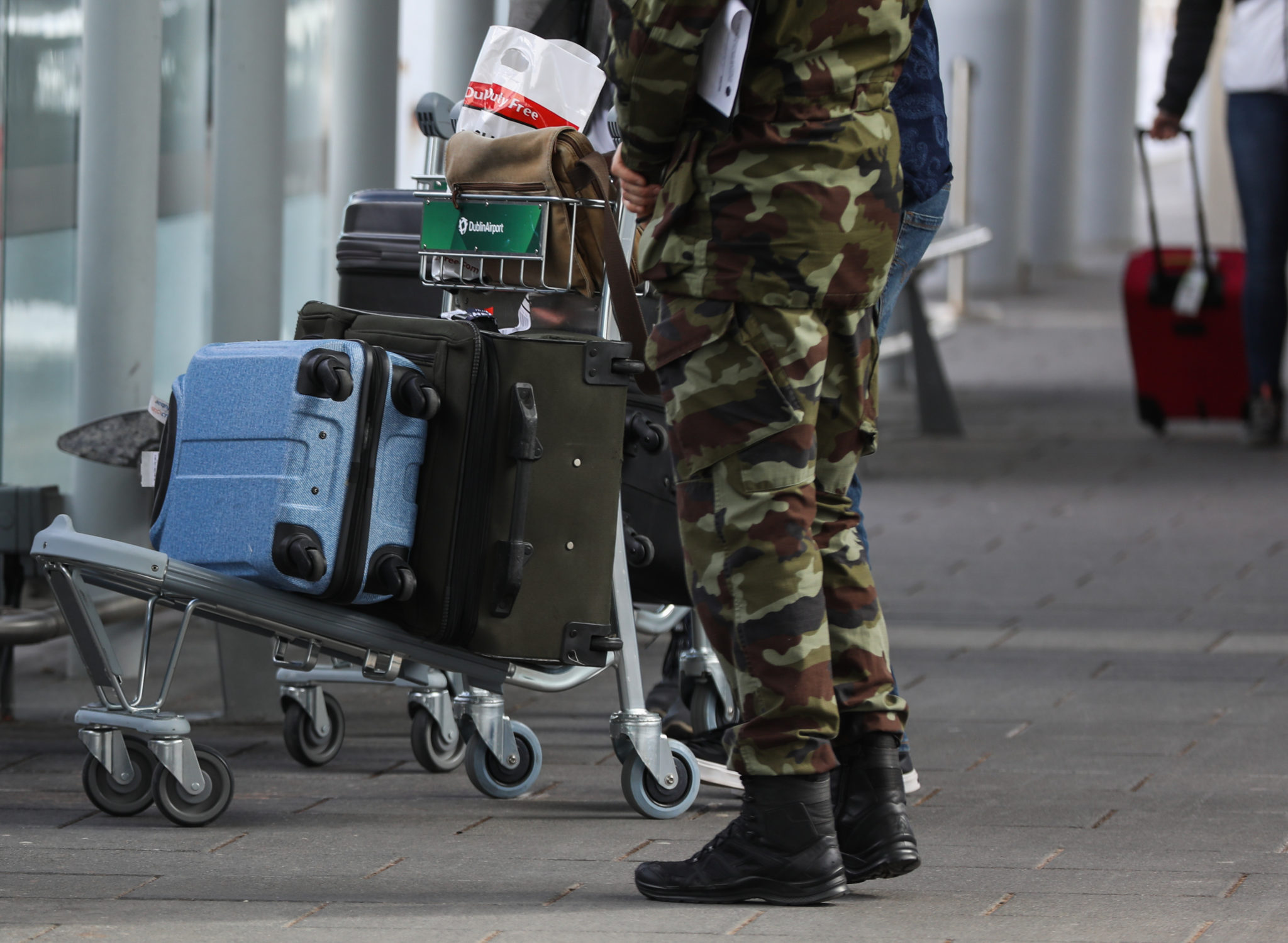 Members of the Defence Forces escort passengers from high-risk countries to their bus outside Terminal 2 in Dublin Airport on Friday. Credit: RollingNews.ie

It comes as the conditions within facilities utilised for mandatory hotel quarantine have been described as "not fit for purpose".

An Irish woman staying in mandatory hotel quarantine has said there is a "litany of disasters" with the system.

Michelle O'Dowd is spending 12 days at the Crowne Plaza Hotel in Dublin with her husband and three children.

The family flew in from Perth in Australia, but had to stop off in Dubai, which is on the list of 33 'high-risk' countries.

Speaking to Newstalk Breakfast with Susan Keogh, Michelle said protocols were not followed properly from the minute they landed.

"I thought there was inadequate PPE worn, the testing wasn't done, so there were lots of other issues, but it was the lack of space for our physical and mental health and my children's health that tipped me over the edge."

Michelle believes all countries should be on the mandatory quarantine list as "if it's a rule for one person, it should be the rule for everybody".

Main image: Pictured on Friday outside Terminal 2 of Dublin Airport are a Defence Forces vehicle wait to escort the express bus which is waiting for passengers from 'high-risk' countries. Photo: Leah Farrell / RollingNews.ie