TV ads banned in the UK over gender stereotypes

Two television adverts in Britain have been banned for breaching new regulations on gender stereo...

TV ads banned in the UK over gender stereotypes

Two television adverts in Britain have been banned for breaching new regulations on gender stereotypes.

The rules, introduced at the beginning of the year, state that: "Advertisements must not include gender stereotypes that are likely to cause harm, or serious or widespread offence".

One was for Philadelphia cream cheese, while the other was for German car brand Volkswagen.

In the Philadelphia ad, two new fathers were seen struggling to take care of their respective babies at a restaurant with a conveyor belt.

One of the babies ends up on the conveyor belt, and is briefly chased by the father.

He then suggests: "Let's not tell mum".

The complainants believed the ad perpetuated a "harmful stereotype by suggesting that men were incapable of caring for children and would place them at risk as a result of their incompetence". 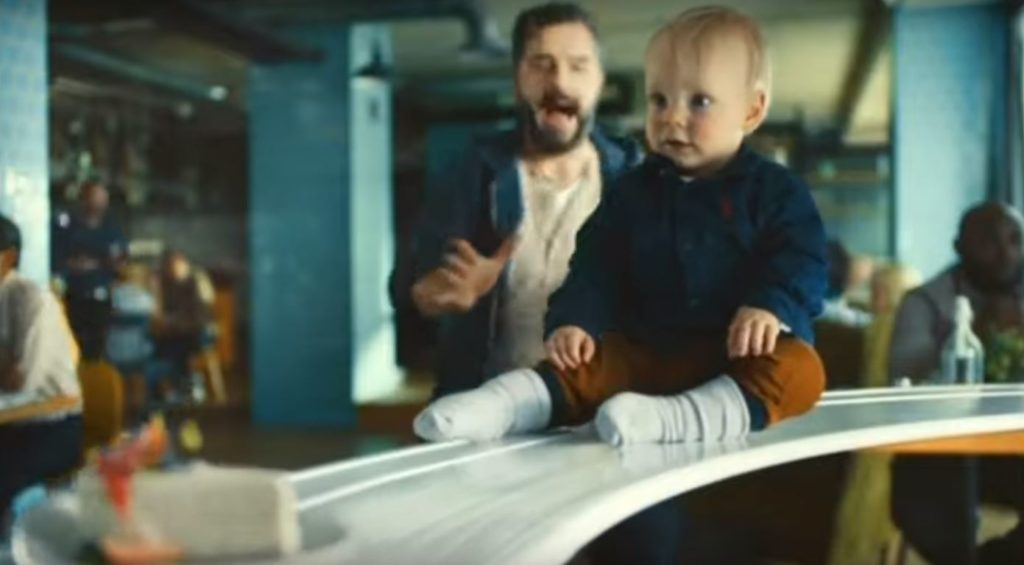 A scene from the Philadelphia ad in the UK

Philadelphia parent company Mondelez said the ad was intended to highlight the appeal of the product by showing a humorous situation "in which parents found it so delicious they got momentarily distracted from looking after their children."

The British Advertising Standards Authority (ASA) said it recognised that the ad depicted new parents, and could therefore be seen as a characterisation of new parents as inexperienced and learning how to adapt to parenthood.

It also recognised that, regardless of their gender, it was common for parents to ask their children - often jokingly - not to tell their other parent about something that had happened.

But the ASA found that the ad "perpetuated a harmful stereotype, namely that men were ineffective at childcare".

A scene from the Volkswagen eGolf ad in the UK

The second advert, for the Volkswagen eGolf, showed a series of scenarios - such as a man and woman camping on a cliff face, two male astronauts in space and a male para-athlete with a prosthetic leg doing the long jump.

Text then stated "We can achieve anything" - while a final scene showed a woman sitting on a bench next to a pram.

A Volkswagen eGolf passes by quietly and the woman looks up from her book - text then states "The Golf is electric. The 100% electric eGolf".

Three complainants believed the ad perpetuated harmful gender stereotypes by showing men engaged in adventurous activities - in contrast to a woman in a care-giving role.

Volkswagen said the core message of the ad was centred on "the ability of the human spirit to adapt to challenges and change brought about by circumstances."

But the ASA concluded: "By juxtaposing images of men in extraordinary environments and carrying out adventurous activities with women who appeared passive or engaged in a stereotypical care-giving role, we considered that the ad directly contrasted stereotypical male and female roles and characteristics in a manner that gave the impression that they were exclusively associated with one gender.

"We concluded that the ad presented gender stereotypes in way that was likely to cause harm and therefore breached the code."