The US President has said the UK and Ireland were exempt from the travel ban he has placed on man...

The US President has said the UK and Ireland were exempt from the travel ban he has placed on many European countries because they have “very strong borders.”

Donald Trump was speaking during a meeting with the Taoiseach Leo Varadkar in the White House this afternoon.

Last night, President Trump announced that people who had visited any of 26 Schengen area countries in the past two weeks would not be allowed enter the US.

This afternoon, he appeared to forget that Ireland is not a part of the UK while explaining his reasoning for not including either entity in the ban.

“One of the reasons is that the UK basically has got the border,” he said.

“It has got very strong borders and they are doing a very good job. They don’t have very much infection at this point and hopefully they will keep it that way.”

President @realDonaldTrump on restricting travel to the United States: "It's a world problem, and you do need separation in some cases." pic.twitter.com/7MQMauziLi

He said his administration had “made it very clear” who was included in the ban when it was announced last night.

“I think it is going to work out very well for everybody,” he said. 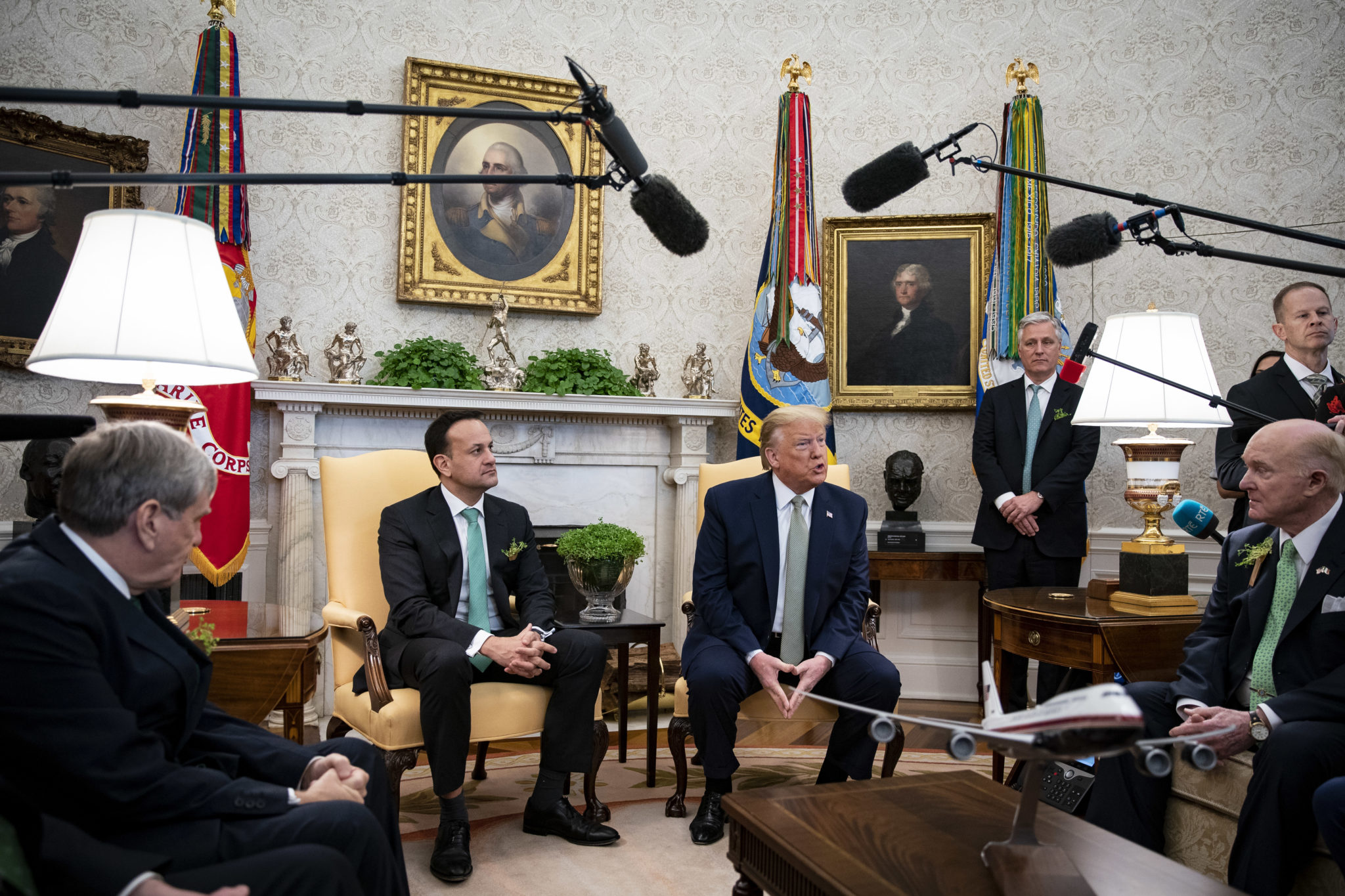 Earlier today, the European Union President Ursula von der Leyen voiced her disapproval with the decision which she said was taken “unilaterally and without consultation.”

“The coronavirus is a global crisis, not limited to any continent and it requires cooperation rather than unilateral action,” she said in a joint statement with European Council President Charles Michel.

“The coronavirus is a global crisis, not limited to any continent and it requires cooperation rather than unilateral action.”

President Trump said he “had to move quickly.”

"We get along very well with the European leaders, but we had to make a decision ... We had to move quickly."

President @realDonaldTrump on making the decision to restrict travel: pic.twitter.com/Sy3WmL0qNV

The Taoiseach also met House of Representatives speaker Nancy Pelosi at a speakers’ lunch on Capitol Hill this afternoon.

Speaking at the event, he said all countries need to work together to tackle the outbreak.

“This is a problem and a challenge which is global,” he said.

“The virus knows not nationality nor borders, and we all have to work together – Europea, America, Asia and the world – to fight it.”

The Taoiseach will fly out of Washington tonight, a day earlier than planned, to return home and deal with the fallout of the virus.