Trump threatens to turn US military on protesters

The US President has threatened to call in the military to tackle protests and civil unrest around the country.

President Trump called on State Governors to deploy the national guard to end the “riots and lawlessness that have spread throughout our country.”

He said he would send in the US Military to any state that refused to do so.

The protests against racism and police brutality have been ongoing for the six nights since the death of George Floyd at the hands of the Minneapolis police.

The unarmed black man died after police officer Derek Chauvin knelt on the back of his neck for nearly nine minutes on May 25th.

Video of the incident shows Mr Floyd repeatedly saying “I can’t breathe,” to the policeman, who has since been fired and charged with third-degree murder and manslaughter. 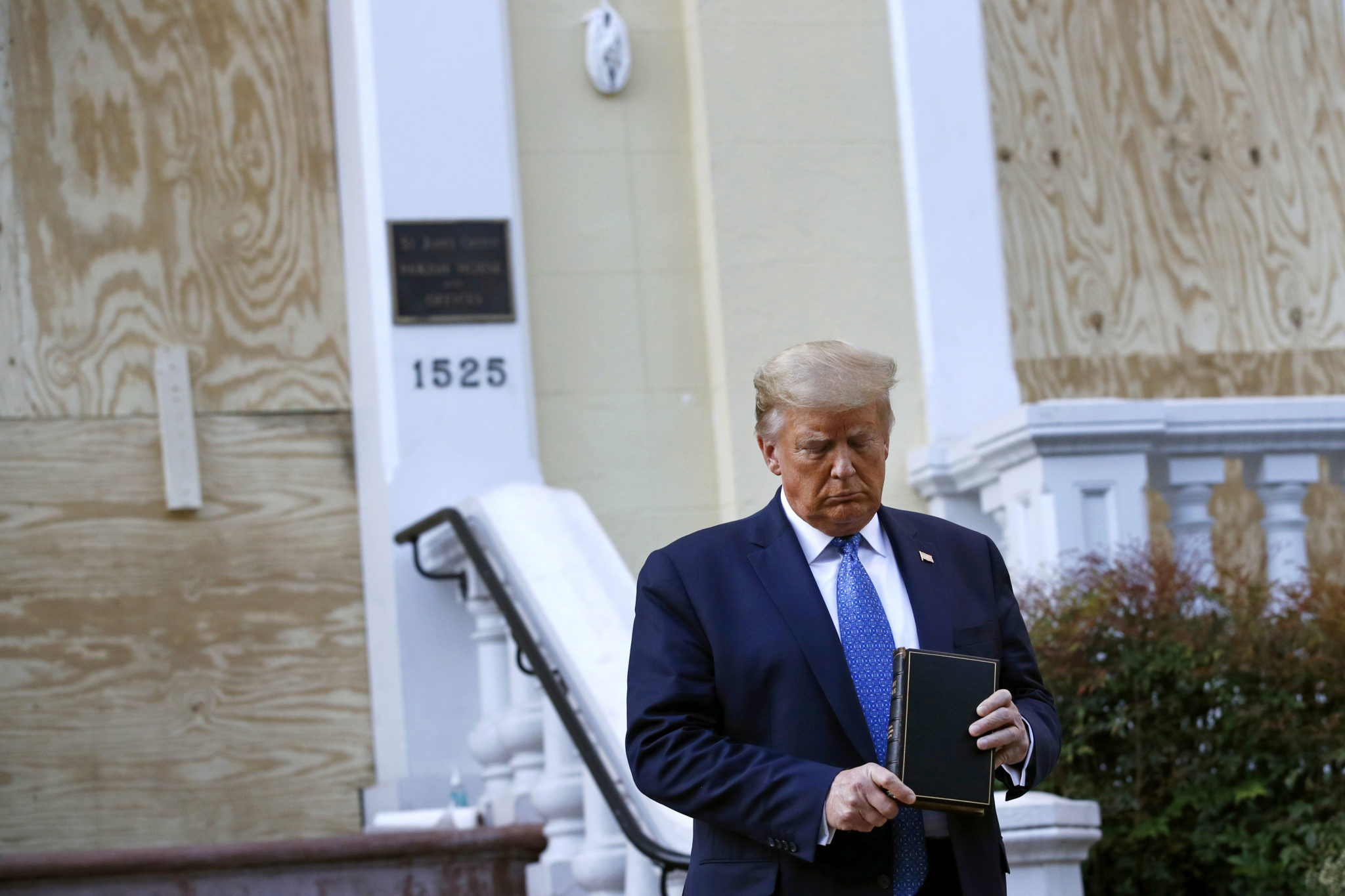 President Donald Trump holds a Bible as he prepares to speak outside St John's Church near the White House as protests grip the country, 01-06-2020. Image: AP Photo/Patrick Semansky

Speaking in Washington, President Trump said he was mobilising all federal resources to suppress the protests.

“First, we are ending the riots and lawlessness that have spread throughout our country,” he said. “We will end it now.”

“Today I have recommended to every governor to deploy the National Guard in sufficient numbers that we dominate the streets.

“If a city or state refuses to take the actions that are necessary to defend the life and property of their residents, then I will deploy the United States military and quickly solve the problem for them.”

He then walked to the nearby ‘Church of the Presidents,’ which suffered fire damage in a protest this week, to hold a bible up for photographers.

He was criticised for using tear gas and sun grenades to clear protesters for his walk to the church. 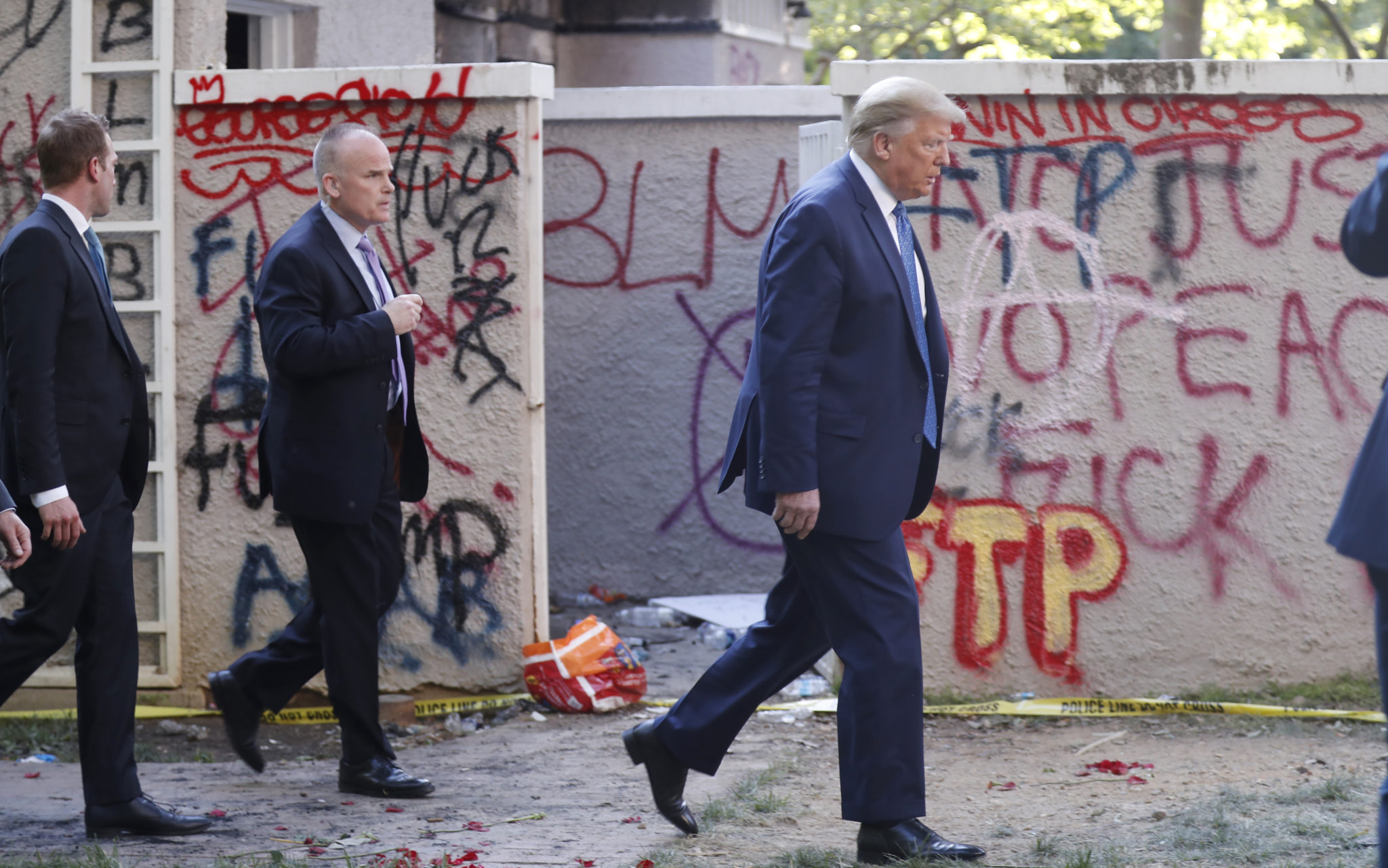 The US President Donald Trump passes graffiti as he walks from the White House to pose with a bible outside St. John's Episcopal Church, 01-07-2020. Image: Shawn Thew / Pool via CNP

New York governor Andrew Cuomo tweeted: “He used the military to push out a peaceful protest so he could have a photo op at a church.

“It's all just a reality TV show for this president. Shameful.”

Meanwhile, George Floyd’s family have urged people to go out in vote instead of turning to violence.

Speaking shortly before a medical examiner classified his brother’s death as a homicide, Terrence Floyd told a crowd at a makeshift memorial in Minneapolis, that the riots across the US “will not bring my brother back.”

“Stop thinking your voice don't matter, and vote,” he said. “Educate yourself, don't wait for somebody else to tell you who's who. Know who you're voting for. That's how we're gonna hit them.”

“There's a lot of us... and we're still gonna do this peacefully.” 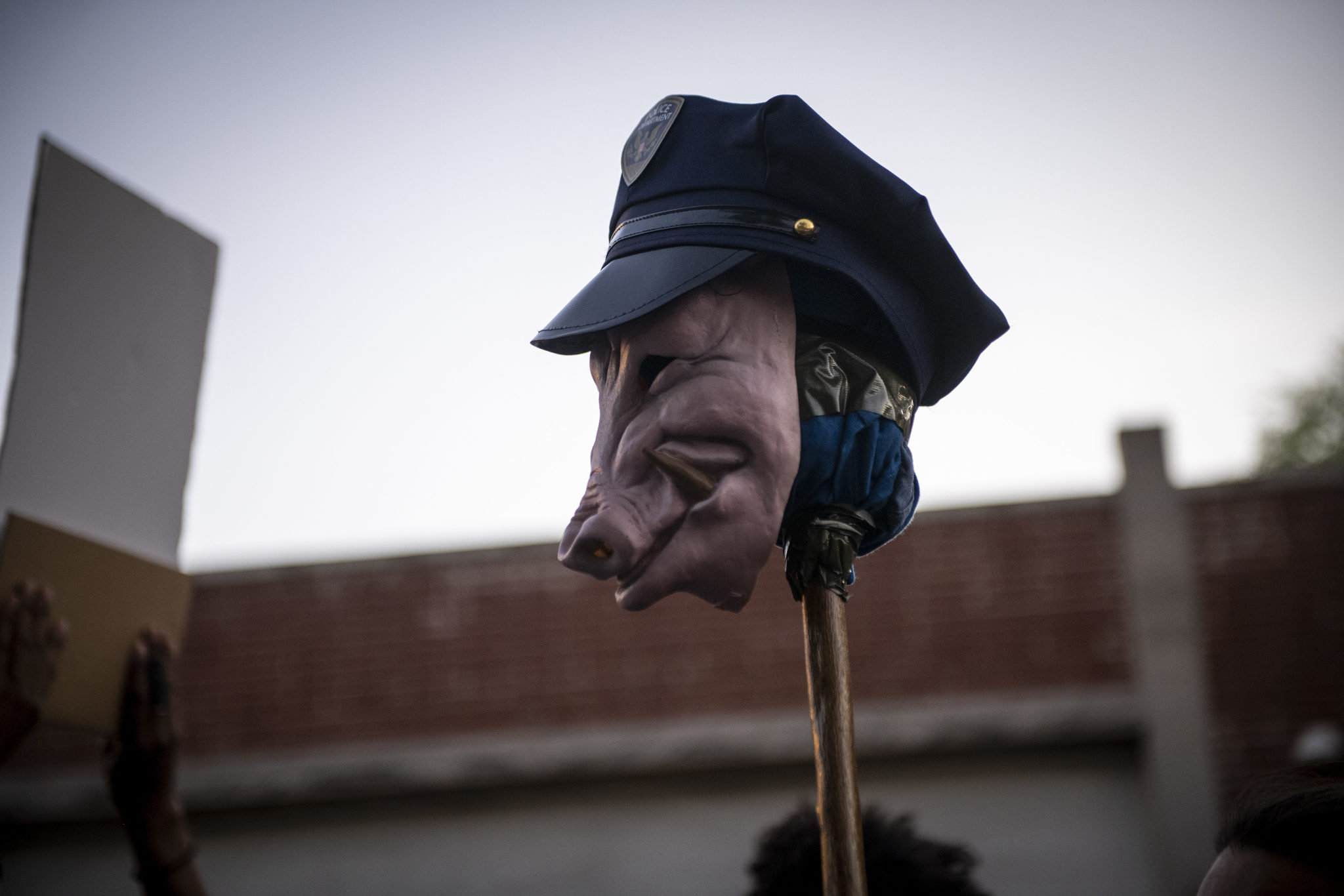 A demonstrator holds up a pig mask wearing a police hat during a protest in Chicago, 01-07-2020. Image: Christopher Dilts / SIPA USA

He warned that rioting will not bring his brother back to life and urged people to bring change through peaceful and democratic means.

“In every case of police brutality, the same thing has been happening,” he said. “You all protest, you all destroy stuff - and you know why they don't move? Because it's not their stuff, it's our stuff.

Protests have been held in other countries around the world in solidarity with those in the US.

In Dublin hundreds of people gathered outside the US embassy yesterday. 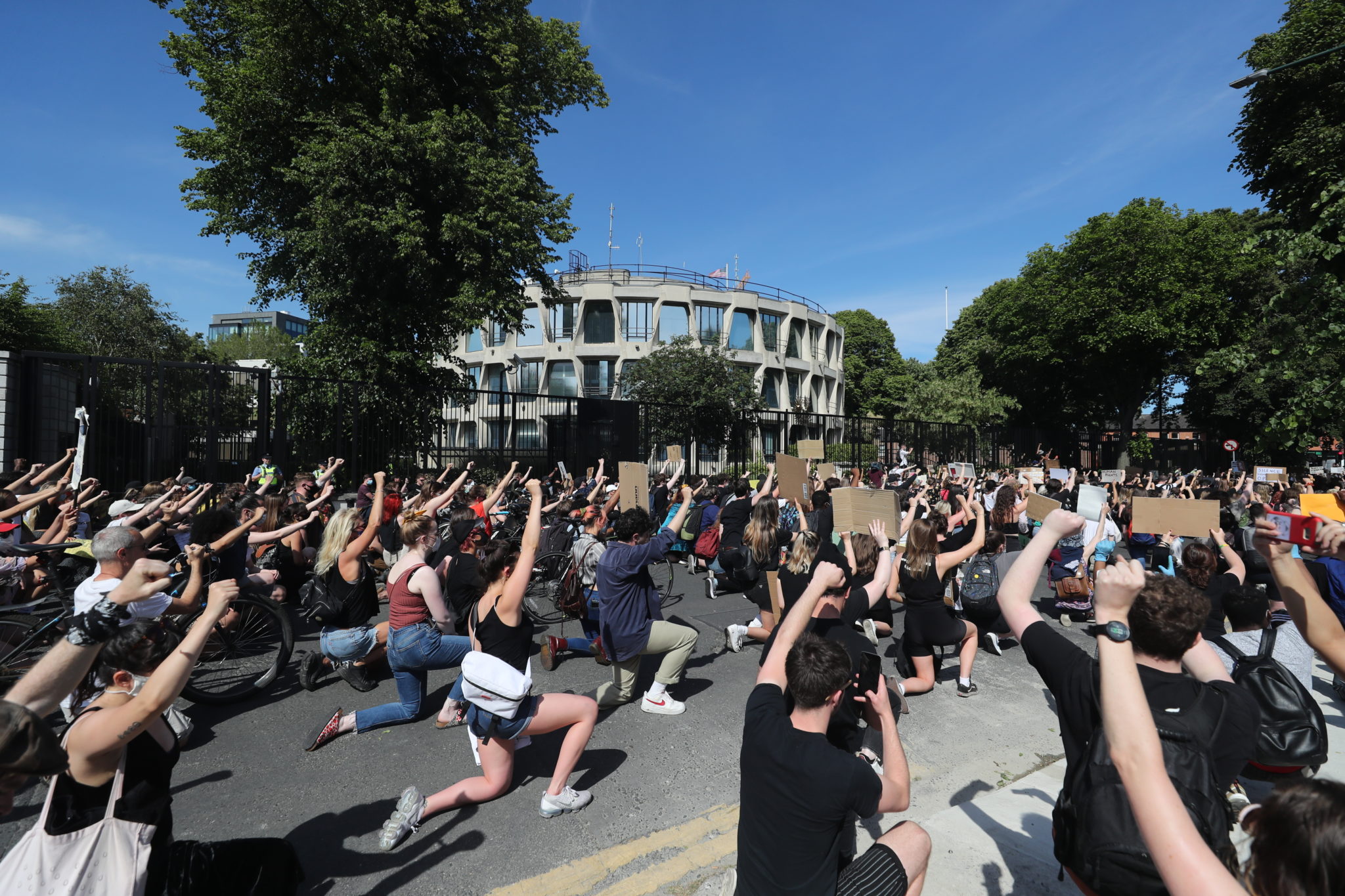 People at a Black Lives Matter protest rally outside the US Embassy in Dublin, 01-06-2020.

That followed a post-mortem commissioned by the family, which found that George Floyd died of asphyxiation due to neck and back compression, having had his neck knelt on for several minutes by a white police officer.