US President Donald Trump touched down in Shannon Airport yesterday. Mr Trump and his wife Melan...

US President Donald Trump touched down in Shannon Airport yesterday.

Mr Trump and his wife Melania met Taoiseach Leo Varadkar for bilateral talks, before heading to his hotel and golf resort in Doonbeg.

Donald Trump and his wife Melania greet Taoiseach Leo Varadkar after getting off Air Force One in Shannon pic.twitter.com/eHx4VkCsDk

Today, he flies to France to commemorate the 75th anniversary of the D-Day landings of allied troops during World War II.

He is expected to return to Doonbeg late tonight and depart from Shannon Airport on Friday.

Some 1,400 Garda members are on patrol in Co Clare, backed up by specialist units and a Navy ship off the coast.

The cost of securing him during his trip to Ireland is estimated at €10m. 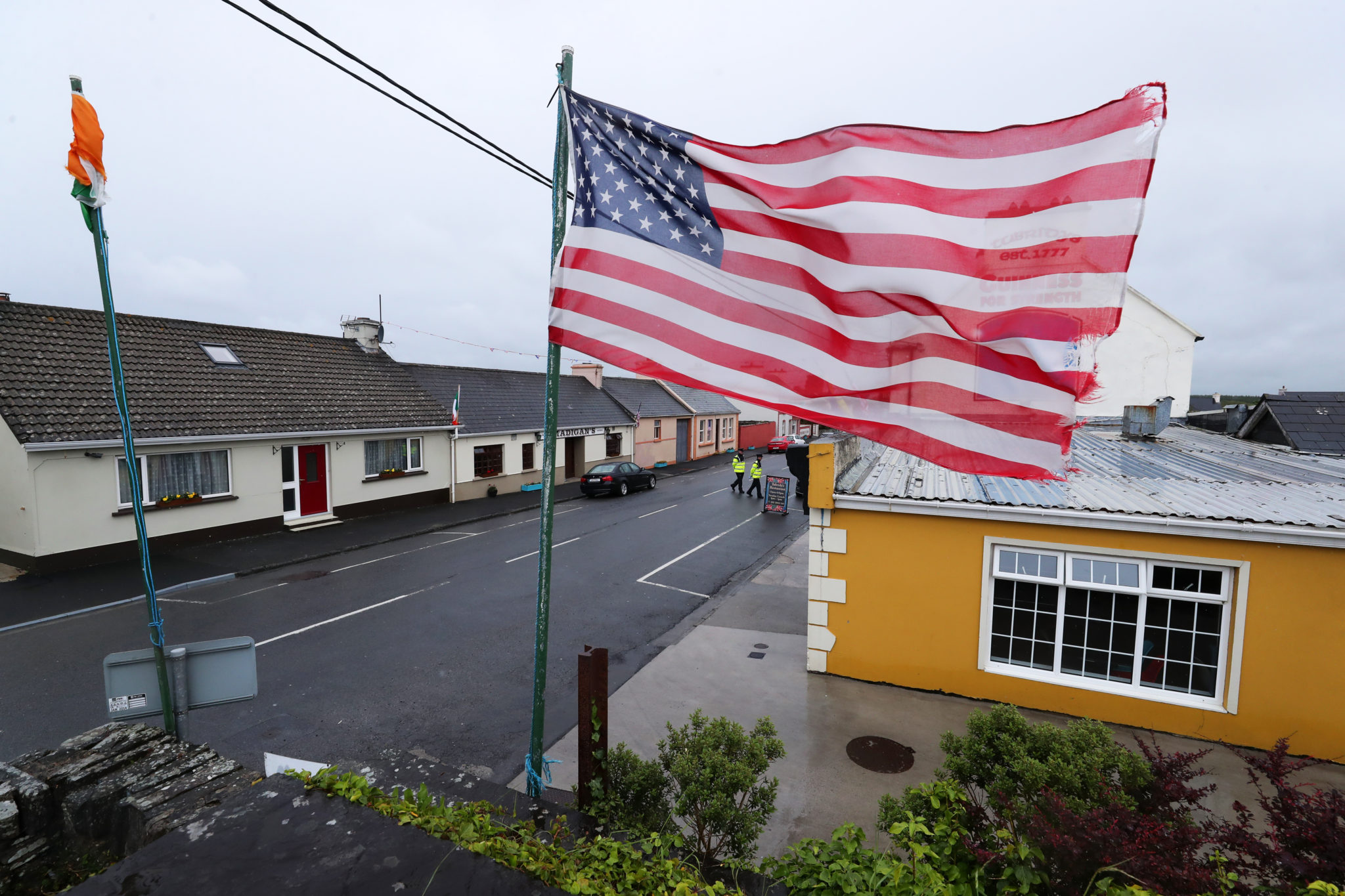 A US flag is displayed in Doonbeg, Ireland, as the village prepares for the arrival of President Donald Trump.

🎬 Shane Coleman thinks Michael D Higgins went way beyond the bounds of his office by criticising @realDonaldTrump's climate change policy. Was our president within his rights? More: https://t.co/i5ykZVJHlz pic.twitter.com/mrzj6YKwWp 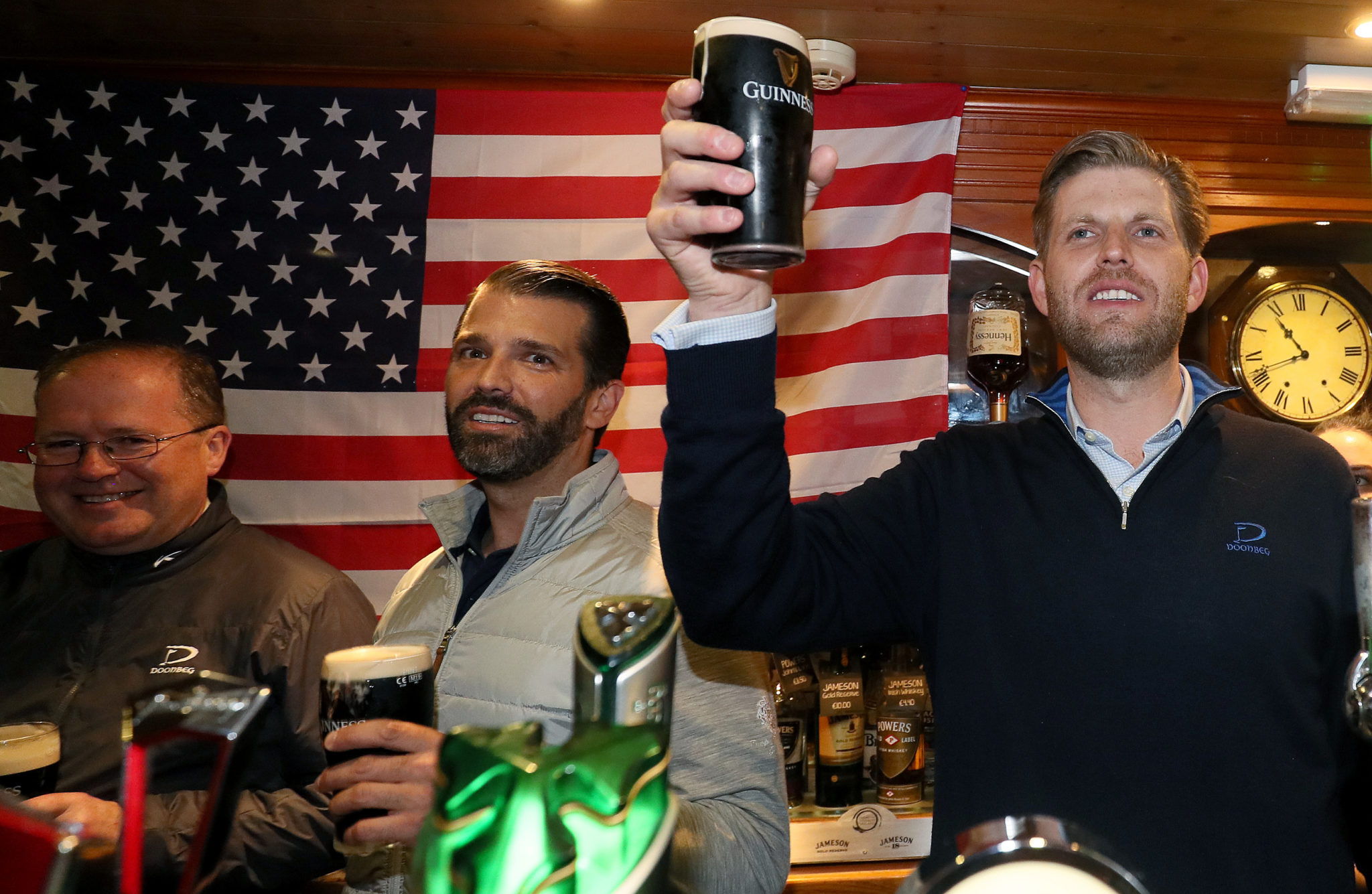 Donald Trump Jr (centre), and Eric Trump (right), the sons of US President Donald Trump, behind the bar in Tubridy's Bar in the village of Doonbeg, Co Clare | Image: Brian Lawless/PA Wire/PA Images

Newstalk Breakfast got a taste of the country's reaction to the controversial President's visit.

Aideen finnegan reports from Doonbeg on last night's festivities, and later Tommy Tubridy, owner of Tubridy’s Bar and Restaurant in Doonbeg tells us how Eric and Donald Trump Junior got on with locals.

Pat Breen, Minister of State for Trade, Employment and Business, speaks after joining the Taoiseach at Shannon airport, while Siobhan O’Donoghue, Founding Director of UPLIFT tells us why she's helping to bring the Trump Blimp to Dublin.

Finally, we ask Colm O’Gorman Executive Director of Amnesty International Ireland and John Bruton, Former Taoiseach and Former Ambassador of the European Union to the United States if we should welcome or shun the US President. 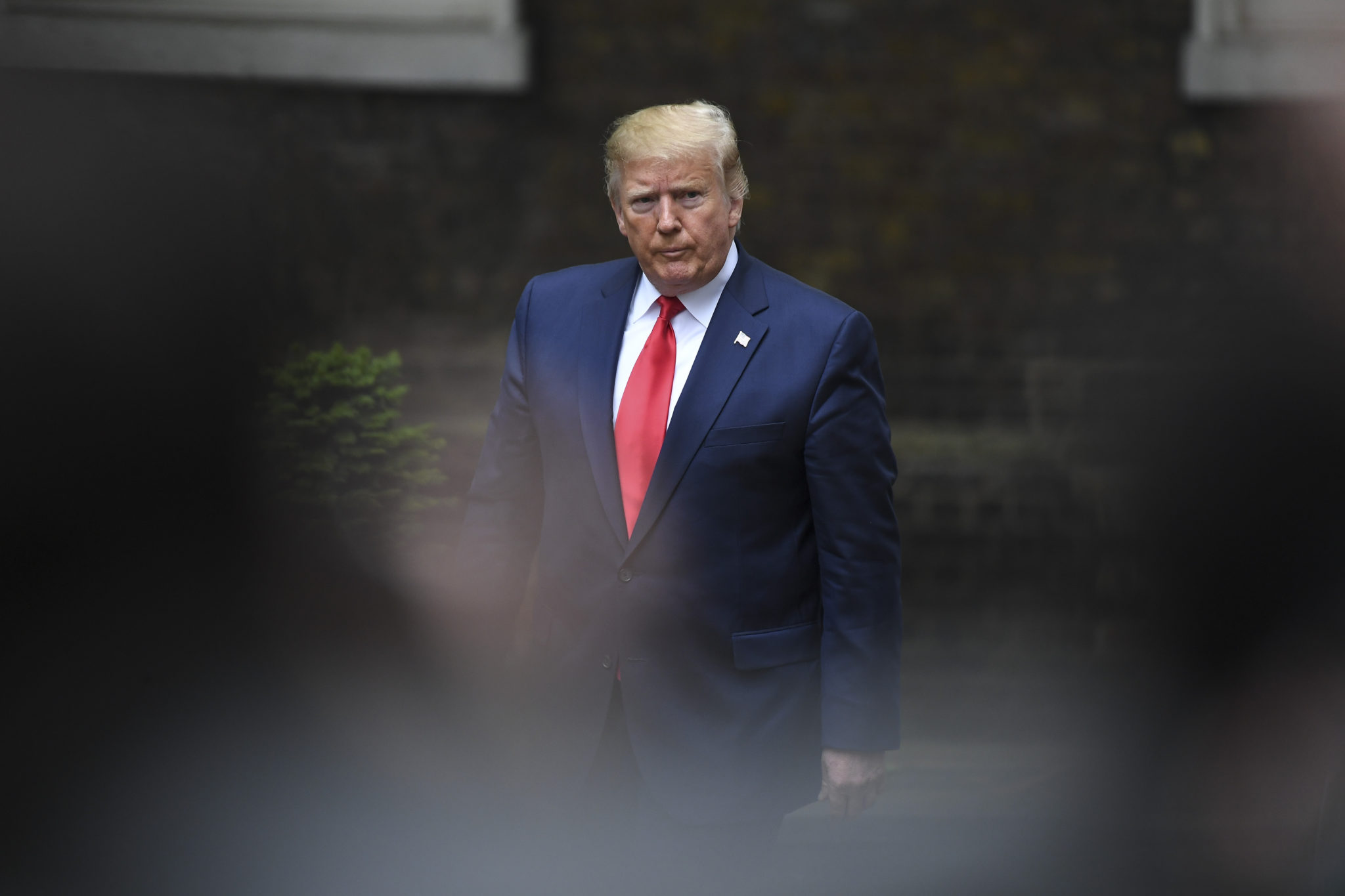 Reporter Aideen Finnegan joins Newstalk Breakfast from Doonbeg with the latest details on the security arrangements for the visit of Donald Trump to County Clare.

Do the public actually hate Donald Trump and Theresa May?

Henry McKean went out onto the streets and asked what people like about the President and Prime Minister. 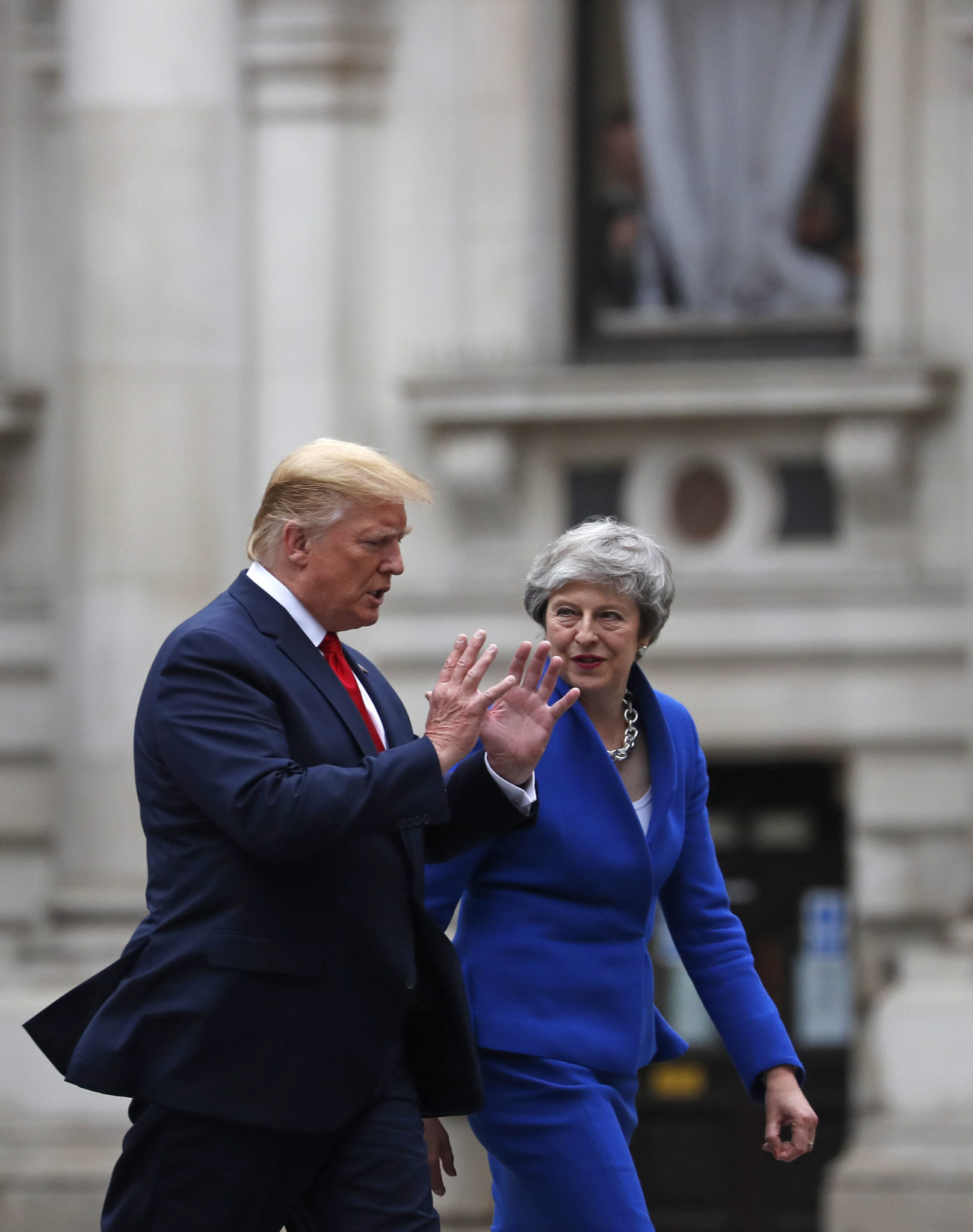 Prime Minister Theresa May and US President Donald Trump walk from Downing Street to take part in their joint press conference at the Foreign & Commonwealth Office, London, on the second day of his state visit to the UK.

"He has a very good short game" 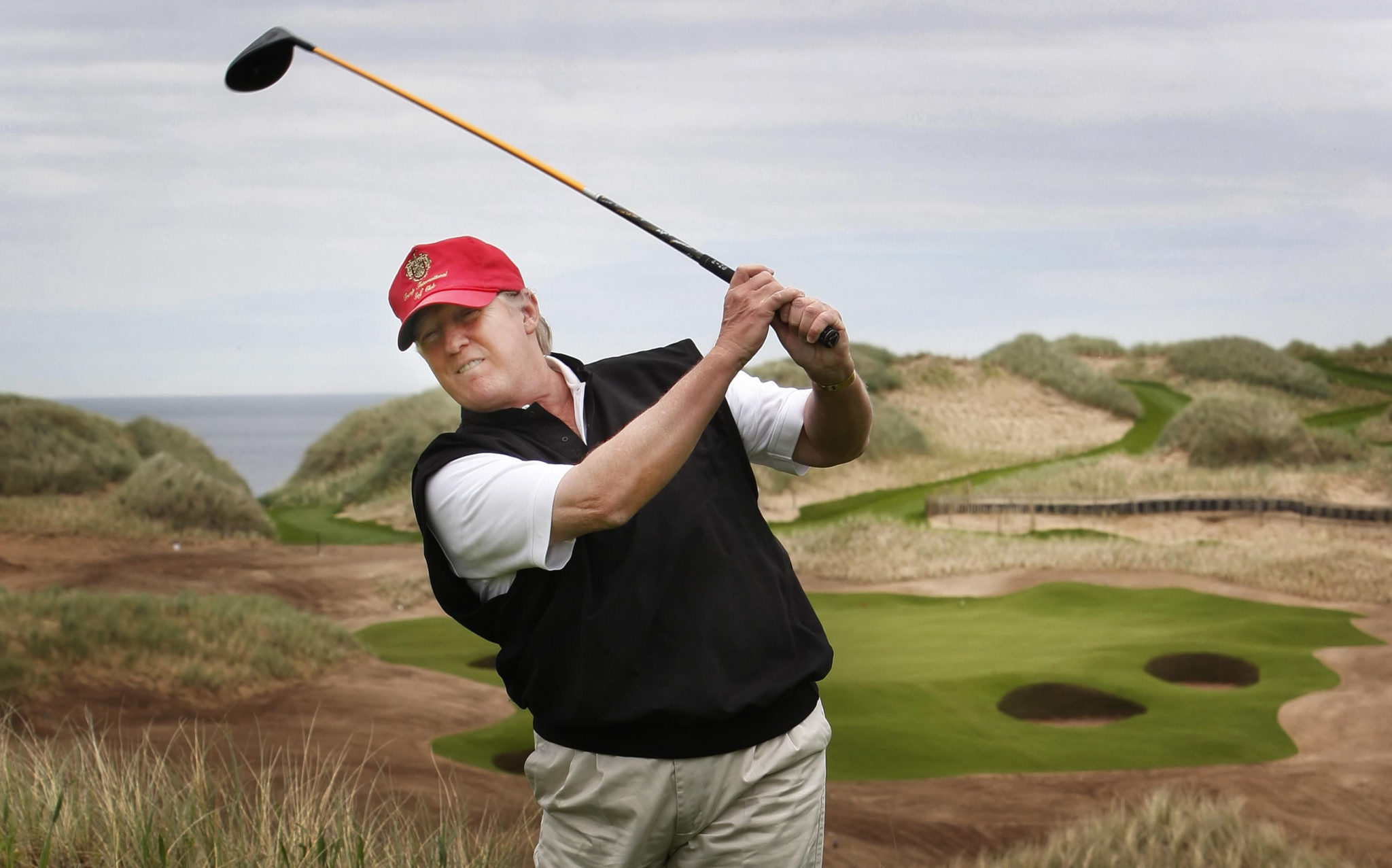 Joe Russell, the General Manager of Trump’s resort in Doonbeg is charged with hosting the President and joins Newstalk Breakfast to discuss the controversial visit.