Canadian Prime Minister Justin Trudeau has said his country will go to the polls in a general election next month.

Triggering the official launch of the campaign on Wednesday, Mr Trudeau said voters "have an important choice to make" about their country's future path.

He is seeking his second four-year mandate.

"We've done a lot together these past four years, but the truth is, we're just getting started.

"So Canadians have an important choice to make.

"Will we go back to the failed policies of the past, or will we continue to move forward?" he told reporters in Ottawa.

"That's the choice. It's that clear. And it's that important. I'm for moving forward for everyone."

But a scandal known as the SNC-Lavalin affair is casting a shadow over his re-election hopes.

It has led to the resignation of two of his ministers, and opposition calls for him to step down.

The issue centres on a key question: did Mr Trudeau, or someone in his office, use their position to seek to influence a decision of the Canadian Attorney-General Jody Wilson-Raybould relating to a criminal prosecution involving SNC-Lavalin. 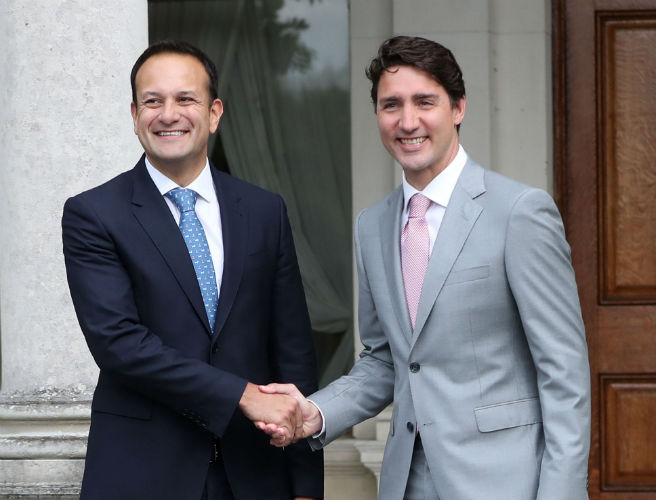 Montreal-based engineering firm SNC-Lavalin was charged in February 2015 with criminal offences, that allegedly took place between 2001 and 2011.

In September 2018, Canada's director of public prosecutions informed the office of the justice minister and attorney-general that she would not invite SNC-Lavalin to negotiate a possible remediation agreement.

Mr Trudeau then directed his staff to find a solution that would safeguard SNC-Lavalin's business interests in Canada.

Mr Trudeau has repeatedly denied any inappropriate actions on his part or senior figures in his administration.

Mr Dion said: "Simply seeking to influence the decision of another person is insufficient for there to be a contravention of section 9."

But he added: "The evidence showed that SNC-Lavalin had significant financial interests in deferring prosecution.

"These interests would likely have been furthered had Mr Trudeau successfully influenced the attorney-general to intervene in the director of public prosecutions' decision.

"The actions that sought to further these interests were improper since they were contrary to the Shawcross doctrine and the principles of prosecutorial independence and the rule of law."

"For these reasons, I found that Mr Trudeau used his position of authority over Ms Wilson-Raybould to seek to influence, both directly and indirectly, her decision on whether she should overrule the director of public prosecutions' decision not to invite SNC-Lavalin to enter into negotiations towards a remediation agreement."

All Canadian citizens who are at least 18-years-old on election day are eligible to vote in the October election.