Tributes have been paid to a young cyclist who died after colliding with a Luas tram in Dublin ov...

Tributes have been paid to a young cyclist who died after colliding with a Luas tram in Dublin over the weekend.

19-year-old Cormac Ó Braonáin had recently been elected chairperson of Labour Youth and had acted as director of elections for Councillor Mary Freehill.

A candle-lit vigil was held in his honour at Gaelscoil Lios na nÓg in Ranelagh last night.

In a statement, President Michael D Higgins said Mr Ó Braonáin will be “dearly missed by all who knew him.”

“Cormac’s energy, idealism, generosity, creativity and commitment to social justice and his vision of a kinder, more just society were exemplary,” he said. 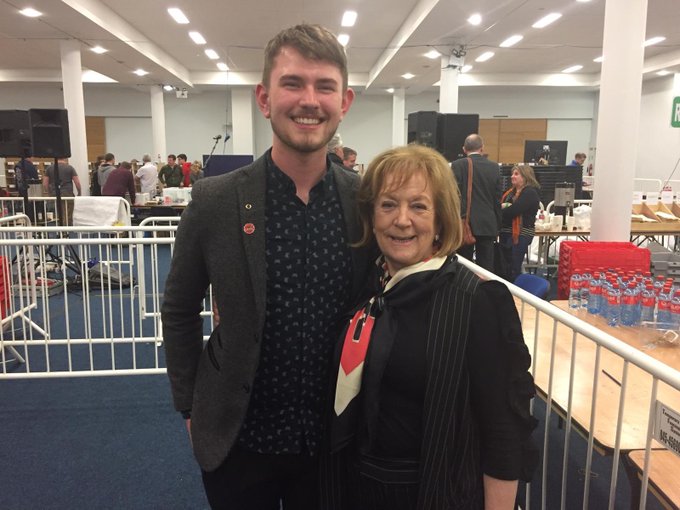 Labour leader Brendan Howlin said Mr Ó Braonáin was a source of “inspiration and hope” for everyone who spent time with him.

“When someone so young dies, it is hard to find the words to express our loss but in his short time with us, he leaves a strong legacy,” he said.

“Cormac embodied all that was good about our movement and would have been a leading light in the future of our party, as he left no stone unturned in his drive for success.

“Our grief and sadness are sharpened all the more by the wonderful memories we have of Cormac.”

I’m devastated today at the sudden loss of Cormac Ó Braonáin, my much valued friend and wonderful director of elections. He had a great future ahead of him, and touched so many people and causes in the short time he had. My condolences to his family. pic.twitter.com/h0ZvwC09Co

Councillor Mary Freehil said Mr Ó Braonáin was a “person of enormous integrity and incredible charm in both his personal and political life.”

“For such a young man he showed an extraordinary level of maturity and I will be forever grateful for his help and advice over the last year,” she said.

“Cormac had so much political potential and I had looked forward to working with him closely in the years ahead.”

Mr Ó Braonáin died after he collided with a Luas tram at Peter’s Place on Charlemont Bridge at around 3am on Sunday morning.

The tram was operating as part of the Luas Christmas Night Service.

Gardaí are appealing to anyone that witnessed the collision or may be able to help with their investigation to come forward.