A dedicated Garda unit to police public transport would put Ireland in line with other countries around the world.

That's according to Dermot O'Leary, general-secretary of the NBRU.

"It's like telling a bank robber that the bank you've targeted is full of Gardaí.

"Telling people there's going to be... a visible presence of Gardaí on public transport, sure people won't offend.

"That's not the point here.

"Is it time for a dedicated Garda Public Transport Division... The answer obviously is a resounding yes." 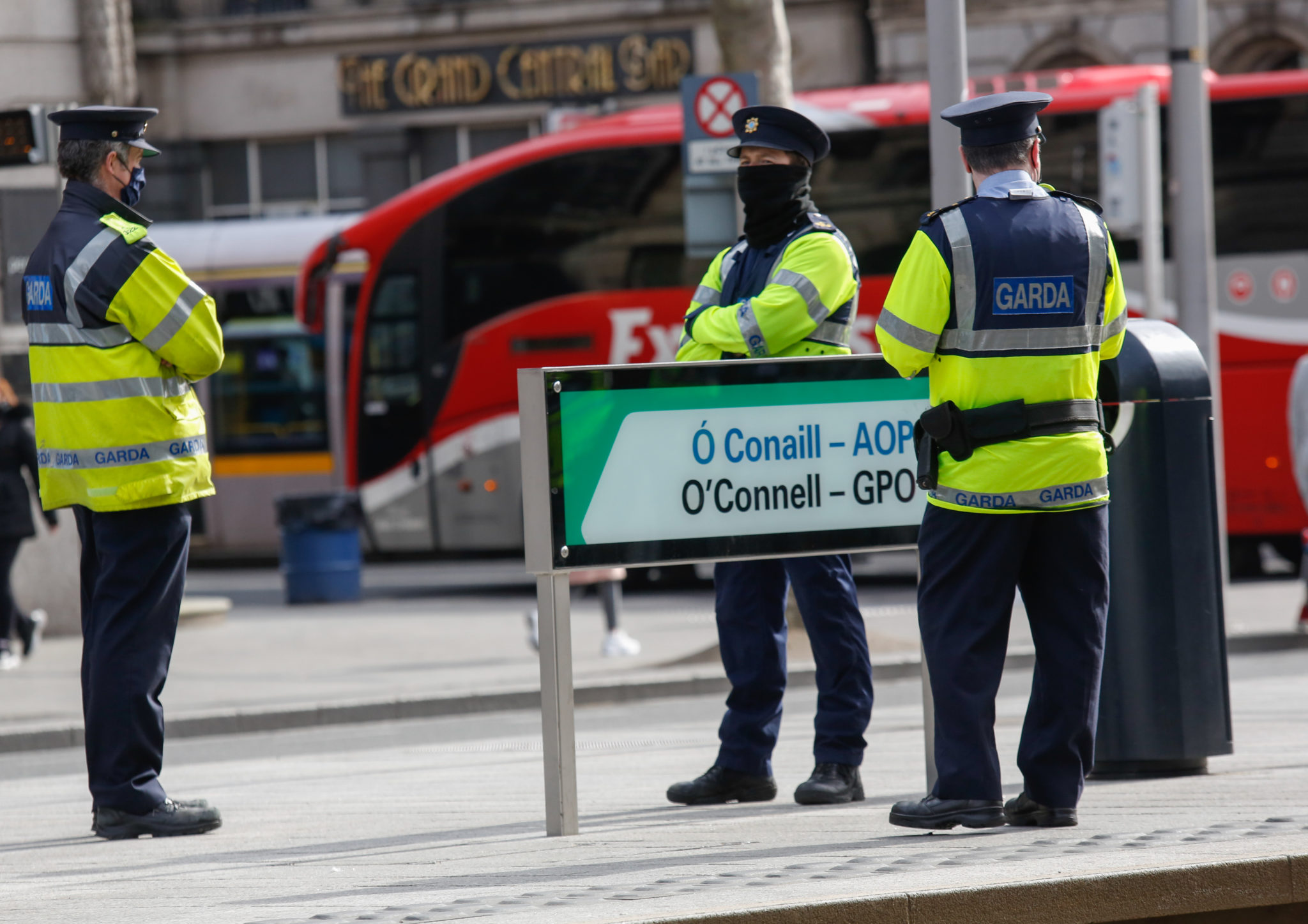 Gardaí wearing face masks while on patrol at a Luas stop on Dublin's O'Connell Street in March 2021. Picture by: Leon Farrell/RollingNews

"It's about time that Ireland, I suppose, stood in line with the rest of the world.

"There's many, many transport or transit police forces across the world that operate across trains and buses, in fact.

"We've been witnessing quite a high level of anti-social behaviour, not alone on trains, but certainly in the Bus Éireann network - which is spread geographically to every community in the country."

'Type of behaviour across public transport'

And he says this may need changes to existing legislation.

"We're trying to encourage people to travel on it... we're talking about going green, and rightly so.

"Those feed in to the notion, and the reality, that there is a type of behaviour across public transport that is unacceptable.

"And that doesn't encourage people to travel - and our people on the front line, by the way, are witnessing this on a daily basis".

"We have intimidation, we have muggings in and around public transport stops, we have serious attacks on the drivers and the staff.

"Really what we need to see here is we need to see attention of Government for to put in place a proper division of An Garda Síochána, which is a public transport division".

Deputy Kenny says this will need resources "and an acceptance that there is a need for this to happen.

"And I think the need for it has grown, because as we know the population of the country has grown.

"And as that happens we have an assistance and - pardon the pun - a direction of travel is more people are going to be using public transport and less private cars".

Main image: A Garda on duty in Dublin city centre, with a moving Luas in the background, in December 2019. Picture by: Wirestock, Inc. / Alamy Stock Photo