The majority of Britain's Conservative Party would be willing to break up the United Kingdom to d...

The majority of Britain's Conservative Party would be willing to break up the United Kingdom to deliver Brexit.

A new YouGov poll of 892 Tory members has shown just how far the party would go to leave the EU.

Some 59% of party members admitted they would be happy to see Northern Ireland breaking away from the UK in order to deliver Brexit.

An even higher proportion, 64%, said they would be happy to wave goodbye to Scotland. 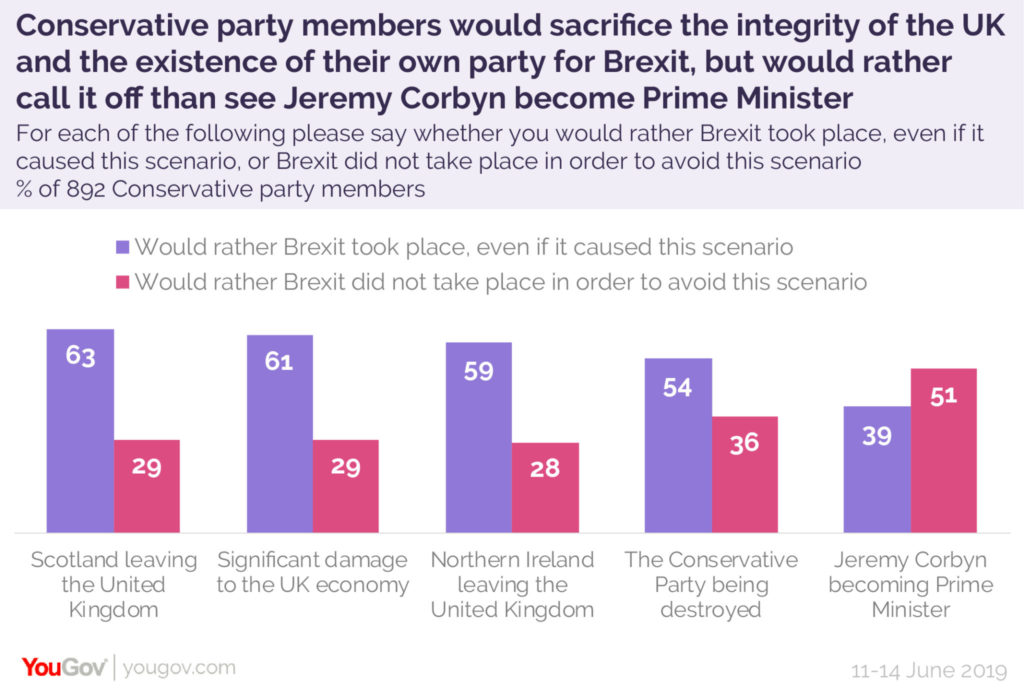 According to the poll, the future of the Conservative Party itself also takes a back seat to Brexit - with 54% willing to countenance its destruction if necessary.

Meanwhile, 61% would be willing to see the UK economy significantly damaged in order to leave the EU.

In fact, the only thing members said they would not tolerate was the Labour leader Jeremy Corbyn becoming UK Prime Minister.

Some 51% said they would rather call the whole thing off than see Mr Corbyn entering 10 Downing Street.

Even then however, 39% said they would carry on even if it brought the Labour leader into power. 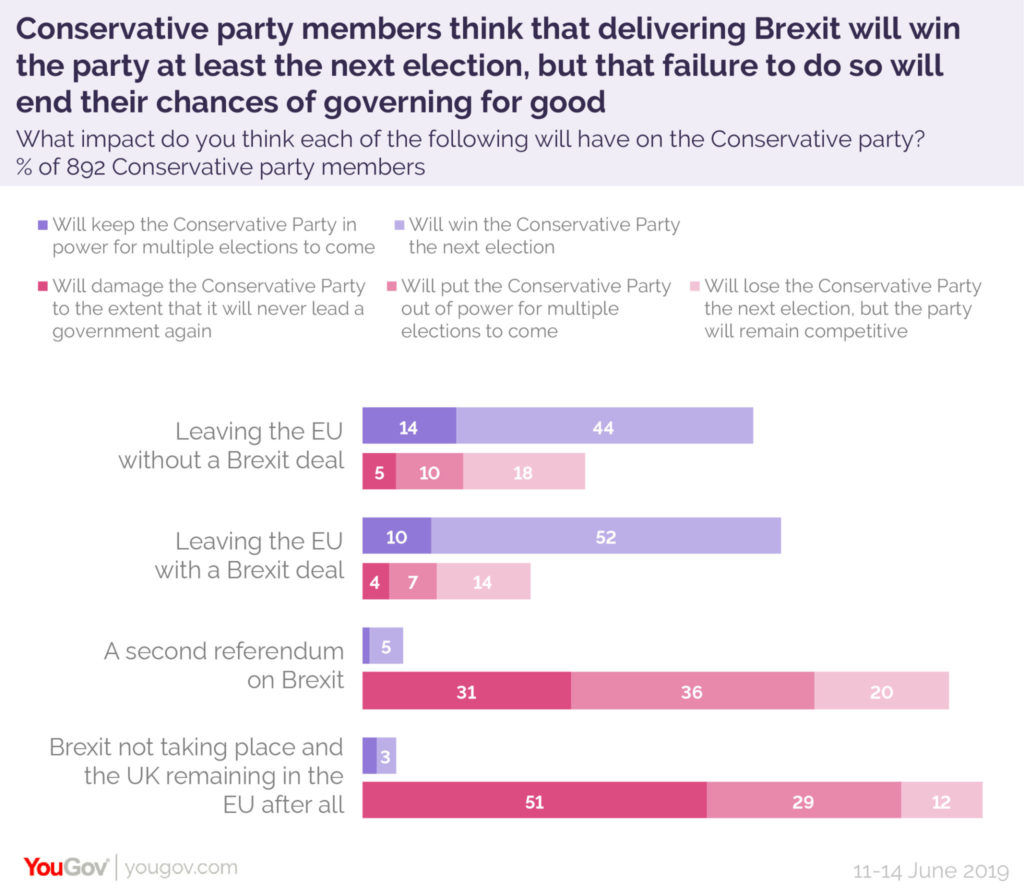 Brexit has already forced the resignation of two Conservative prime ministers, with a leadership battle currently underway to determine who will be next to enter Number 10.

Former Foreign Secretary Boris Johnson, who remains favourite to win the contest, has already warned that he would be willing to exit the EU with no deal if necessary.

The poll found that Conservative members genuinely believe that failure to deliver Brexit would destroy  the party's electoral chances in the future.

Half said remaining in the EU would damage the party to the extent that it would never lead a Government again.

Some 29% said they felt it would put the party out of power for multiple elections to come.

Some 44% of the members said they thought a no-deal Brexit would secure a Conservative victory in the next general election.

Meanwhile, 52% present said leaving with a deal would ensure the same and a further 10% said it could deliver a domino run of election victories.