A significant amount of cash was also recovered after searches were carried out in Meath on Tuesday.

Three men were arrested and over €300,000 was recovered after the attempted robbery on Main Street in Virginia early last Wednesday morning.

At around 2.30am that morning, detective and uniform Gardaí intercepted the attempted theft.

A 61-year-old man was later arrested during an operation in Moynalty, Co Meath.

The 25-year-old man and 61-year-old were released without charge, and a file is being prepared for the Director of Public Prosecutions (DPP). 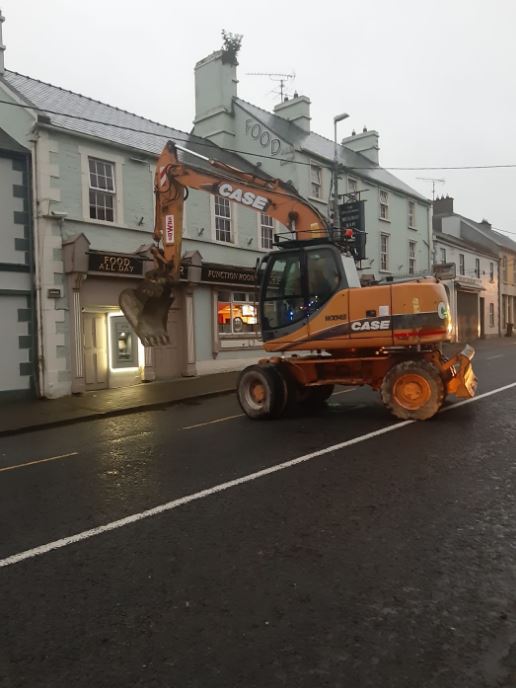 The scene on Main Street in Virginia, Co Cavan following an attempted ATM robbery | Image via @gardainfo on Twitter

The 28-year-old had his period of detention suspended while he was receiving medical treatment.

He is now being detained at Bailieborough Garda station.

While on Tuesday during further searches in Co Meath, two men aged in their 30s - one with an address in Northern Ireland - were arrested on suspicion of organised crime.

They are being held under section 50 of the Criminal Justice Act at Kells Garda station.

A 28-year-old man was also arrested for money laundering offences.

He is being detained under section 4 Criminal Justice Act at Navan Garda station.

Gardaí say the investigation is ongoing.